They shared the understanding in their first phone talks that came just hours after Blinken officially took office as the country's top diplomat following the Senate confirmation on his nomination.

"The two ministers shared the understanding that the North Korean nuclear issue is a matter that should be dealt urgently with under the Biden administration as well, and agreed to consult closely to resolve the issue," the foreign ministry said in a press release. 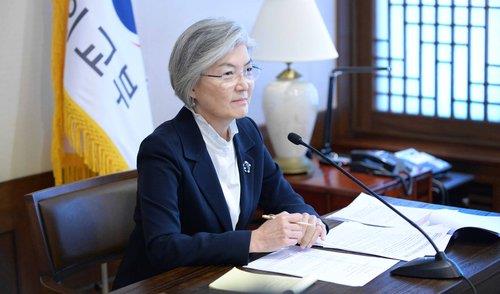 Blinken said during his Senate hearing that Washington will review its "entire approach and policy" toward North Korea and come up with a strategy through close consultations with Seoul and other allies.

In the phone talks, Kang also welcomed the inauguration of Blinken, who has a deep understanding about the bilateral alliance and the Korean Peninsula issues, and held out expectations for further development of the alliance during her time in office, the ministry said.

In Washington, the State Department said the two top diplomats reaffirmed the alliance.

"During the call, the secretary and the foreign minister affirmed the enduring strength and importance of the U.S.-ROK Alliance, the linchpin of peace, security and prosperity for a free and open Indo-Pacific region and across the world," department spokesperson Ned Price said in a statement.

Relations between Seoul and Tokyo have been frayed badly in recent years over rows surrounding wartime forced labor and sexual enslavement that Koreans suffered when the country was a colony of Japan from 1910-45.

Recently, South Korea has been seeking to mend ties with Japan partly in hopes to create an opportunity to engage with North Korea over the upcoming Tokyo Olympics so as to move the long-stalled peace process forward. 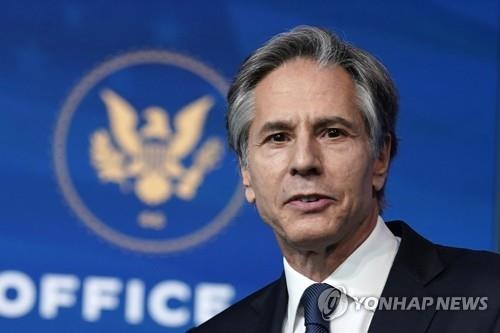