Released on Jan. 20, the 10-track album "Still Dreaming" landed in the top spot on the weekly albums chart this week with TXT's all-time high first-week album sales of 86,892 units in Japan, according to Big Hit Entertainment.

The album has also stayed in the top spot on the daily albums chart for seven consecutive days since its release.

Previously, the five-member band ranked No. 3 on the Oricon weekly albums chart with its debut album "The Dream Chapter: Star," released in March 2019, and No. 1 on the daily singles chart with its first Japanese song "Magic Hour," released a year ago.

The performance-oriented fan event is planned to be held offline and livestreamed online at the same time, but the schedule may change due to the new coronavirus pandemic, the agency said. 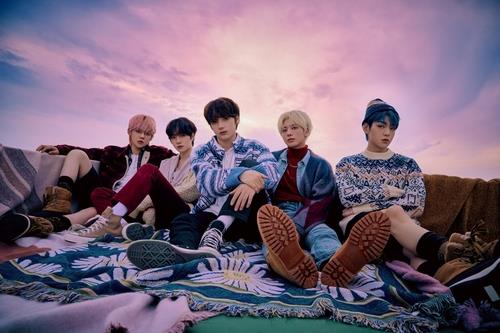