SEOUL, Jan. 28 (Yonhap) -- K-pop songstress HyunA, known for her bold and powerful performances, said her new EP "I'm Not Cool" is a diary of her life that contains feelings and stories of her life on and off stage.

"For this album, I put in a lot of stories I had jotted down on my mobile phone's memo feature," the singer-songwriter said in a press conference streamed online. "There are stories that date back three years and those that go back two years. I wanted (fans) to feel as if they are reading my secret diary, so I made an album based on these stories." 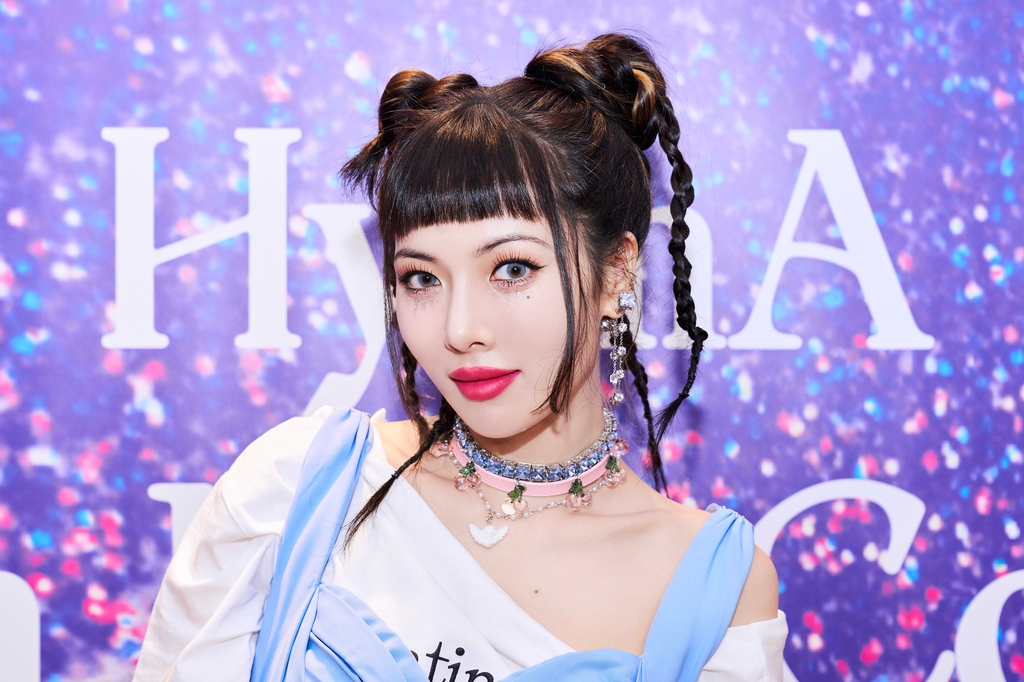 The title track, for instance, is a perfect example of her personality, she explained.

"When I perform on stage, I get a lot of support from many people. So I have to appear perfect and cool on stage but my attitude was not cool," she said. "Since trying to be cool was not cool, I decided to go with 'I'm Not Cool' (for the title track)."

"Good Girl" was an ode for herself as well as her fans, according to HyunA, who said she wanted to share positive vibes with the song. She wrote the lyrics for the song.

"I always try to be nice to myself before I go onstage, telling myself 'being true to yourself is not bad, HyunA.' This song carries that message ... I made the song, hoping that it could help people boost their self-esteem."

"Show Window," a song her friends wrote and composed for her, is a "painful, painful" song.

"The song carries the loneliness or feelings that are hidden behind my glamorous image. I thought my fans would like and relate to it. The reason I said I wanted to make an album like a diary is because it carries honest stories of myself."

The singer, back from a yearlong hiatus, said she had once been furious at herself for calling off her new music release last year.

"I got mad at myself for not keeping my promise to my fans because I couldn't take good care of myself," she said. "But at the same time, it made me think that I should return to the stage at the fastest date and pushed me to eat well, exercise well and have good thoughts to recover quickly."

"It's hard to say I'm fully okay ... but I'm learning to cope with situations as they come."

Having moved to "Gangnam Style" star Psy's agency-label P Nation with her lover Dawn after the two were expelled from their former agency for admitting to a romantic relationship, she voiced gratitude to both of them for their support in the new album.

Psy produced the title track, while Dawn took part in the song "Party, Feel, Love." HyunA, Psy and Dawn together worked on the lyrics for the title track.

"We're three very different artists and (preparing for the album) was like a process of putting together our strengths," she explained. "Psy would suggest the big mold, which Dawn would express it in a fun way that fits me, while I would add in bold lyrics. It was a fun job each day."

While admitting that she clashes with Psy occasionally due to their different musical styles and strong personalities, she thanked him for always trusting her, noting how Psy had written the song "Flower Shower" for her after she joined the agency.

In South Korea, the expression "to walk a flower road" is often a message blessing someone to walk a happy and prosperous road.

Following the unwanted hiatus, HyunA said she is ready to be the "bad kid" on the stage, a place where she truly belongs.

"I always want to bring something new. I want to test my limit ... Since the stage is where I most like and enjoy being, I want to be the bad kid, at least on stage." 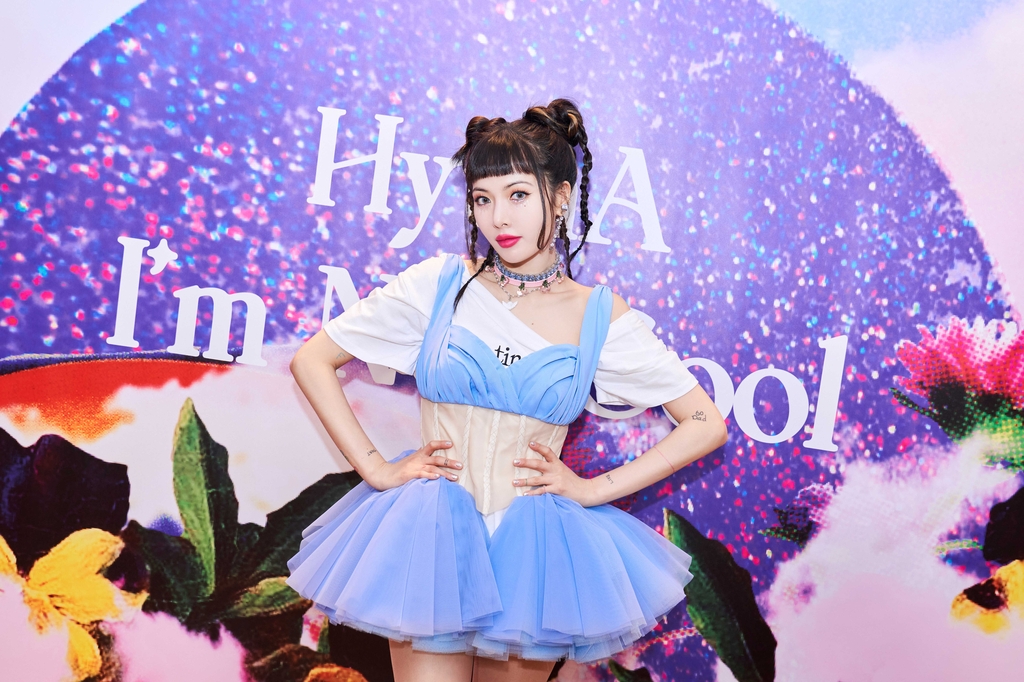