The service, which originally launched back in 2008, has more than 60 million songs and over 320 million users across 93 markets. 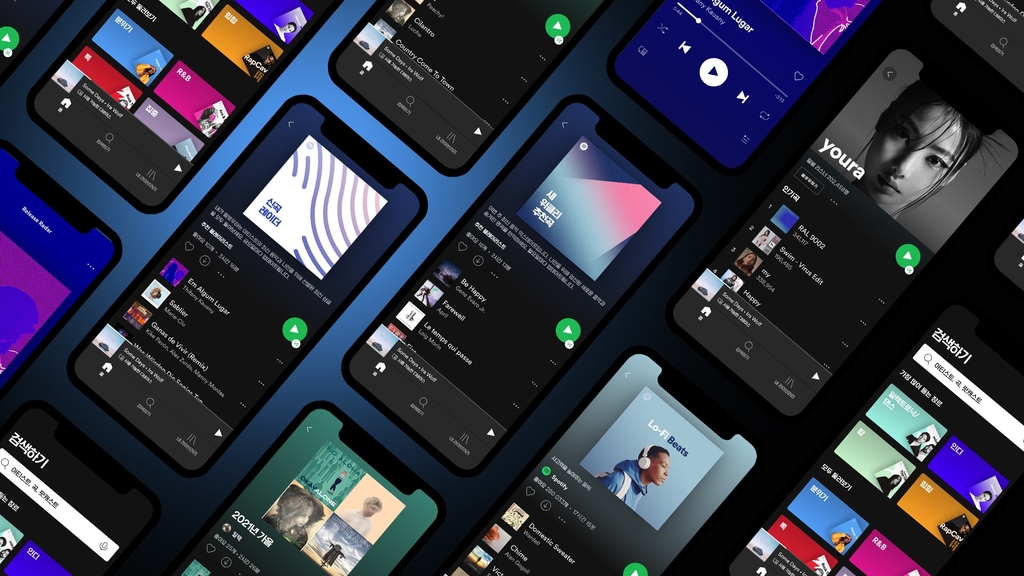 The latest launch comes amid the growing presence of K-pop in global markets. The service said it has been running K-pop playlists since 2014 and noted last year that the portion of K-pop listening has jumped by more than 2,000 percent over the last six years, with total streaming time reaching 180 billion minutes.

Spotify said it aims to capture the local market with its playlists specifically tailored for South Korean listeners.

The music streaming service faces stiff competition here, the sixth-largest music market in the world, from rivals such as Melon, under top messenger operator Kakao Corp., and Genie Music, an affiliate of telecom operator KT Corp.

Apple Music, which launched back in 2016, has struggled to take off in the country.

Spotify will offer two monthly subscription plans in South Korea starting from 10,900 won (US$9.75) but will not offer its free ad-supported version, unlike in other markets.