The new album, titled "Hitorijianai" in Japanese, meaning "you're not alone," will be released on April 21, according to Pledis Entertainment. It comes a year after the act dropped its second Japanese single "Fallin' Flower," also in April last year.

Pledis explained that the upcoming album carries three songs, including the namesake new Japanese title track as well as a Japanese version of the band's previous hit "HOME;RUN."

The 13-member act has built up a huge fan base in Japan, earning three platinum certifications from the Recording Industry Association of Japan. A platinum is given to an album that sells more than 250,000 units.

Its second Japanese single was the only single by a K-pop act to reach the top 10 on Billboard Japan's annual singles sales chart. Its second Japanese EP "24H" also topped the weekly Oricon album ranking for four weeks in a record for an overseas male act. 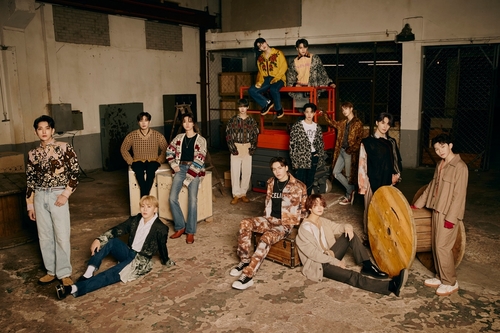