Subscribers based in the U.S. accounted for 19.2 percent of all subscribers for the show, followed by those watching from Thailand, the Philippines, Japan, Mexico, South Korea, Hong Kong, Malaysia, Indonesia, Brazil, Canada and Britain, according to YG Entertainment. 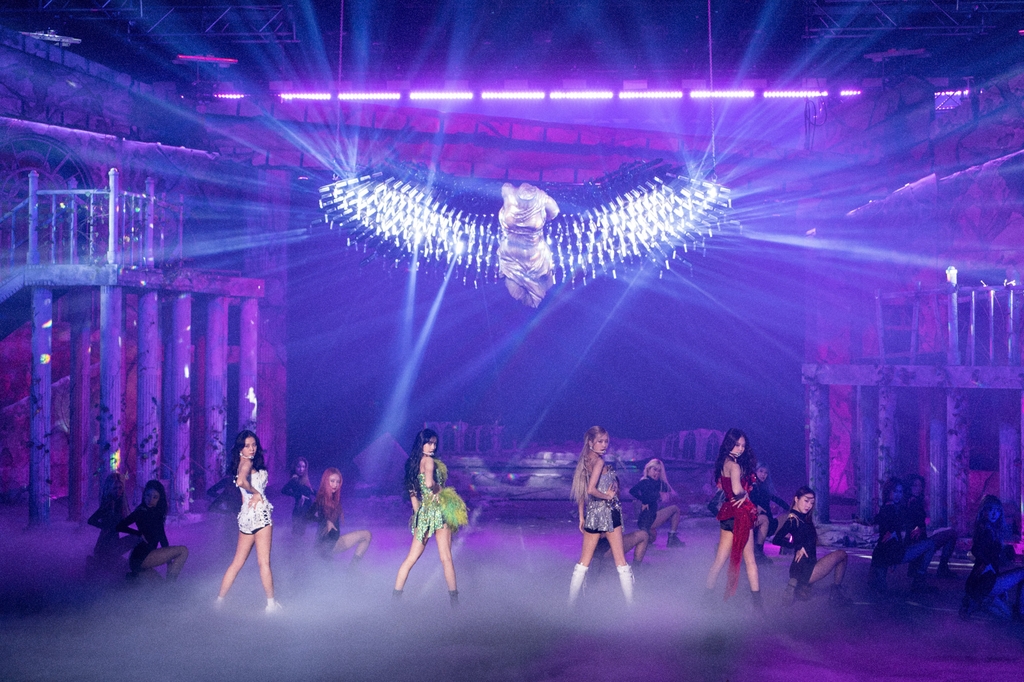 BLACKPINK on Sunday held a 90-minute livestream concert in collaboration with YouTube. The concert was available to those who subscribed for a paid membership, with some 280,000 tuning in for the gig.

YG had drummed up the hype for the show, hinting that BLACKPINK member Rose will be revealing her first solo material during the show.

Considering that the paid memberships were priced at 36,000 won (US$32) and 48,000 won, the show is estimated to have reaped at least 10 billion won from ticket sales.

BLACKPINK has built up a solid fan based on YouTube, with subscribers for its channel reaching 56.8 million as of Thursday. This is slightly lower than American pop star Justin Bieber's 60.7 million, who has the biggest number of followers on the platform.