SEOUL, Feb. 11 (Yonhap) -- It all began innocently enough, a collegiate pitcher with a lot of time on his hands while recovering from Tommy John elbow surgery.

Josh Herzenberg needed his baseball fix. He would do his 45-minute daily rehab program and then be left with little else to do for the rest of his day.

So he decided to dive into advanced baseball statistics and discovered so many different ways to evaluate baseball players that the realization, in his words, "hit me like a ton of bricks." 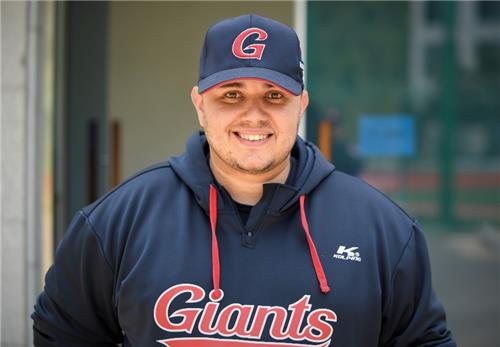 That moment of truth eventually led the former left-hander down the path of scouting and coaching with two major league organizations, the Arizona Diamondbacks and then the Los Angeles Dodgers. He also penned columns for FanGraphs, a baseball statistics website that kept him occupied during his rehab.

The 30-year-old is now entering his second season with the Lotte Giants of the Korea Baseball Organization (KBO) as its research and development director. Herzenberg, an economics major as an undergrad with a master's degree in sports industry management at Georgetown University, is in charge of providing data analysis for players and coaches. He also helps front office executives who rely on such information to make personnel decisions. Herzenberg's arrival prior to the 2020 season signaled that the Giants were prepared to join other KBO teams and throw themselves into the analytical trend. 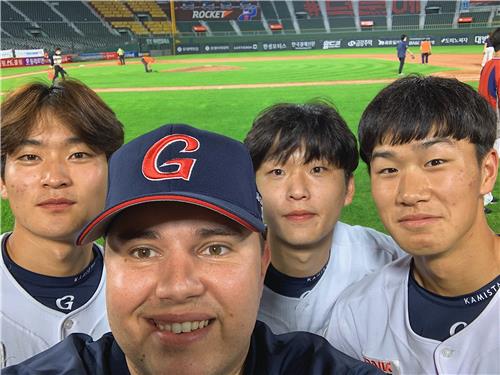 It may sound all too complicated, and Herzenberg says a key part of his job is to keep things simple.

"The importance of analytics is to emphasize that it's information, and it's not really something we were doing that's any different. We're just quantifying things in a different way," Herzenberg told Yonhap News Agency in a recent phone interview. "Emphasizing that makes it a little bit more normalized and makes it easier to contextualize it for people that are using it. Once you strip away the overwhelming nature of that data, I think a lot of people are able to understand that this is able to help us simplify our processes and highlight what we're good at, and focus on our strengths and execute accordingly."

KBO clubs are at least a few years behind their counterparts in Major League Baseball (MLB) in how they use advanced data and technologies in player evaluation and development. When Herzenberg first came over, the Giants had an R&D department, but it was "relatively barren" in terms of infrastructure.

"It was kind of like joining a startup and going through their first fundraising," he said. "In a way, it was really exciting because being able to be part of the process from the ground floor and helping to build things up was a tremendous opportunity." 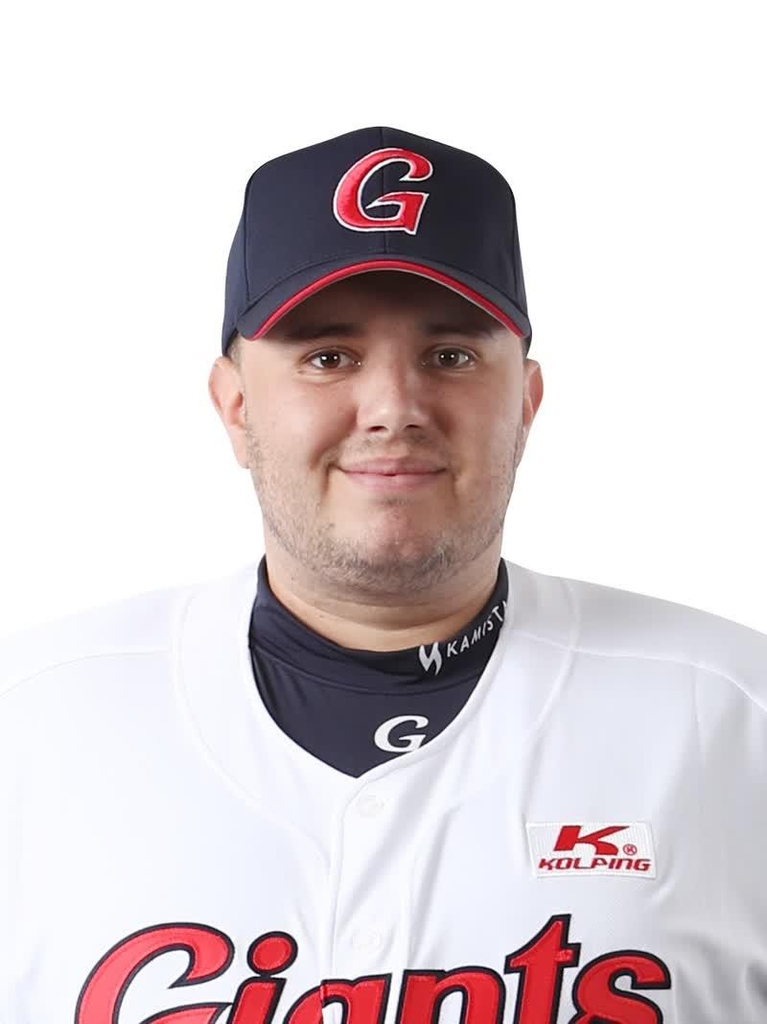 Many old-school type players, coaches and managers in the KBO still rely on "feel" while dismissing advanced statistics as largely useless. Herzenberg, who doubled as the Giants' pitching coordinator in the first half of last season, said there were "ups and downs" when he was trying to get players' buy-in for the new process.

"I think the main thing that we always have to emphasize is these tools are for your benefits," Herzenberg said, adding that that type of challenge isn't unique to the KBO and can also be seen in the U.S.

"Overall, I think the players had a decent understanding that we were trying to implement everything in their best interest, and we were trying to help them improve their career prospects as best as possible," he added.

Herzenberg talked about fostering competition and making it more fun for players while using tools such as Rapsodo, a high-speed camera that helps track spin rates for pitches, among other data. Herzenberg would get two pitchers with similar amounts of vertical movements on their fastballs and then run them through a session and then see who would gain a higher rate of increase in their pitch movement.

In terms of actual competition on the field, the Giants' pitching staff made major improvements from 2019 to 2020.

Herzenberg said he enjoyed seeing his pitching staff make that progress while, on a personal level, developing a close relationship with Dan Straily, the Giants' No. 1 starter and a major reason for the club's turnaround on the mound.

Straily led all KBO pitchers with 205 strikeouts and a 7.80 in wins above replacement (WAR), the catch-all metric now widely used to assess players' overall value. The former major leaguer posted a 2.50 ERA to rank second and his 194 2/3 innings pitched put him in third place.

There doesn't seem to be much room for improvement for Straily in 2021, and Herzenberg said he and the pitcher are discussing "little tweaks."

"We talk every day ... a little less about pitch design but more about pitch execution in terms of sequencing and location, and when and where to get more aggressive in certain counts against certain hitters," Herzenberg said. "I think the fact that he was new to the league and was totally unaware of all the components last year and still pitched so well... it is a testament to his hard work and the effort that he put in. I am really excited to see what he's able to do in Year 2, now that he has a year under his belt in the league."

Even at 32 with a solid track record in the majors and now in the KBO, Straily is "constantly trying to get better," Herzenberg said.

"I think the best attribute that Dan has is he's perpetually curious," Herzenberg said. "He asks a ton of questions about how he's able to make himself better as a pitcher. I think that's part of reason why he's been so successful here. (I'm) just really looking forward to watching him continue to refine his craft."

Straily will have a new sidekick in the rotation this year, as Enderson Franco is replacing Adrian Sampson. 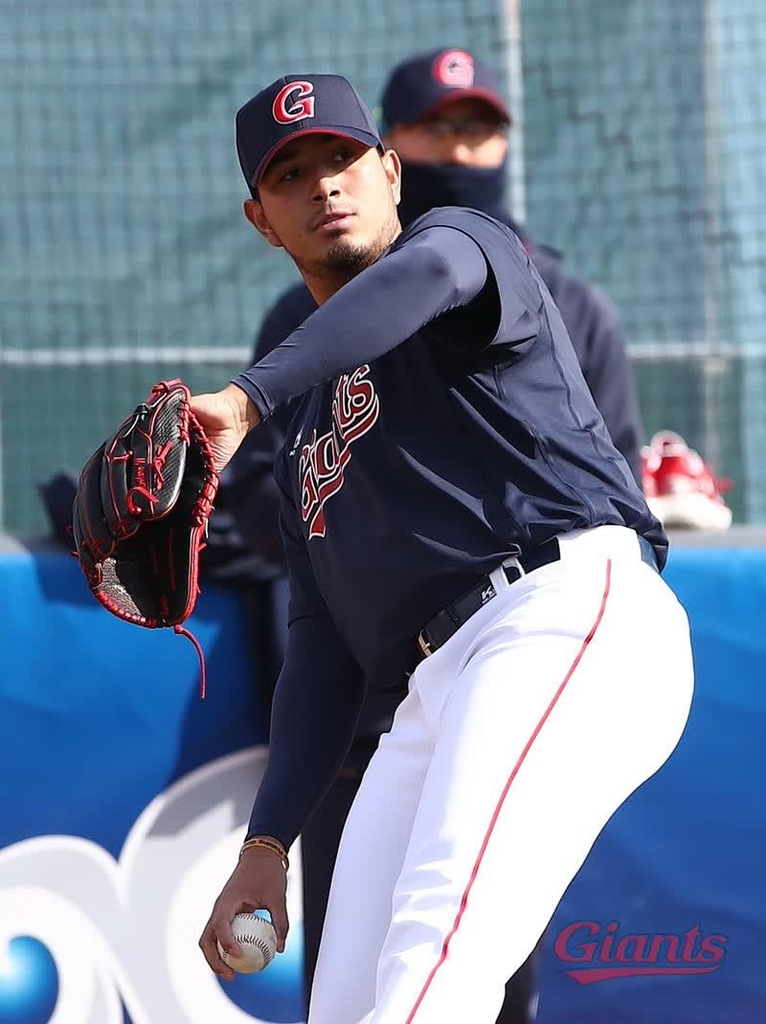 Herzenberg gushed about Franco's durability, ability to throw strikes and the way he's been improving each season.

"He can command the ball and has a history of staying healthy," Herzenberg said of the Venezuelan right-hander. "Hopefully, he'll be able to make the similar kind of impact that Dan made last year."

That's a high bar for a first-year import, though.

"I hope he clears the bar," Herzenberg said with a laugh. "And I hope they challenge each other."

Herzenberg said the ultimate objective is to win the Korean Series -- the Giants haven't won one since 1992 -- but the more immediate goal is to ensure continuous improvement.

"In terms of the process-oriented aspect of the job, just continue improving, whether that be refining our reports in R&D, our biomechanical analysis processes, player evaluation process in the office," he said. "The more we make small improvements, the more that the big picture improvements are going to happen in the long term. Obviously, the goal is to win the championship, but that comes with the process-oriented mindset. The more we're able to make those improvements on a day-to-day basis, the more successful we're going to be."