SEOUL, Feb. 9 (Yonhap) -- About one and a half years ago, South Korean heartthrob Song Joong-ki portrayed a mythical character in the blockbuster fantasy series, "Arthdal Chronicles," set against the background of the early civilization period around the Bronze Age.

This time, however, he jumped thousands of years to 2092 as one of the space scavengers aboard the spaceship Victory in the South Korean space opera "Space Sweepers" released on Netflix last week.

"I received the screenplay of 'Space Sweepers' when I had just started the filming of 'Arthdal,'" Song said on Tuesday in a Zoom interview with Yonhap News Agency and other media outlets. "I was recommended to go over to the future from the ancient time that I was working on." 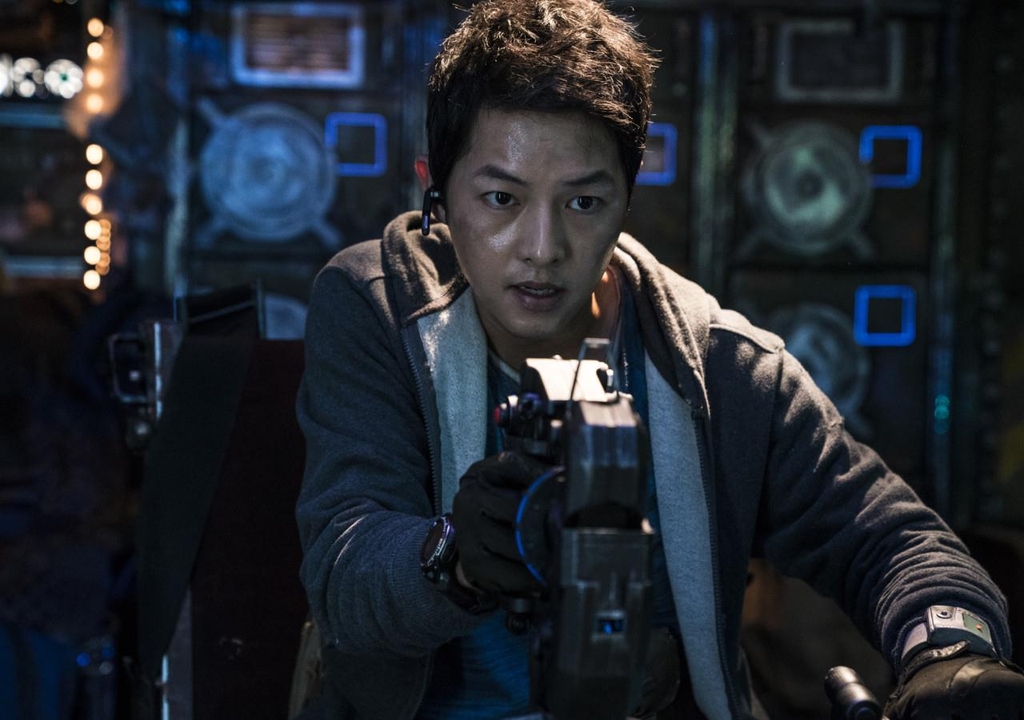 The huge time difference caught the heart of Song, who has had a handful of fantasies, such as the romance "A Werewolf Boy" (2012), in his filmography.

"Acting characters in ancient and future times excited my curiosity," he said. "I was interested in the two extreme projects in the short time span."

Directed by Jo Sung-hee of "A Werewolf Boy," the new film pictures four misfits aboard the Victory who survive on scavenged space debris in the year 2092 when Earth is nearly destroyed by pollution.

The quartet learns about a deadly plot by UTS Corporation, which creates a new habitable world in outer space, after coming across a young girl who possesses sought-after mysterious powers.

Song takes a role of Tae-ho, the pilot of the spaceship, led by Captain Jang (Kim Tae-ri), along with engineer Tiger Park (Jin Seon-kyu) and the humanoid robot Bubs (Yoo Hai-jin).

Tae-ho, a former leader of UTS' special forces command, is a skillful, quick-thinking pilot, but lives in despair after losing his daughter and being fired from the UTS.

"This is my first time playing a father in any show," said the 35-year old actor, who made his silver screen debut in the 2008 period film "A Frozen Flower." "I heard the production team had been worried that I would refuse this father role. But that didn't bother me at all." 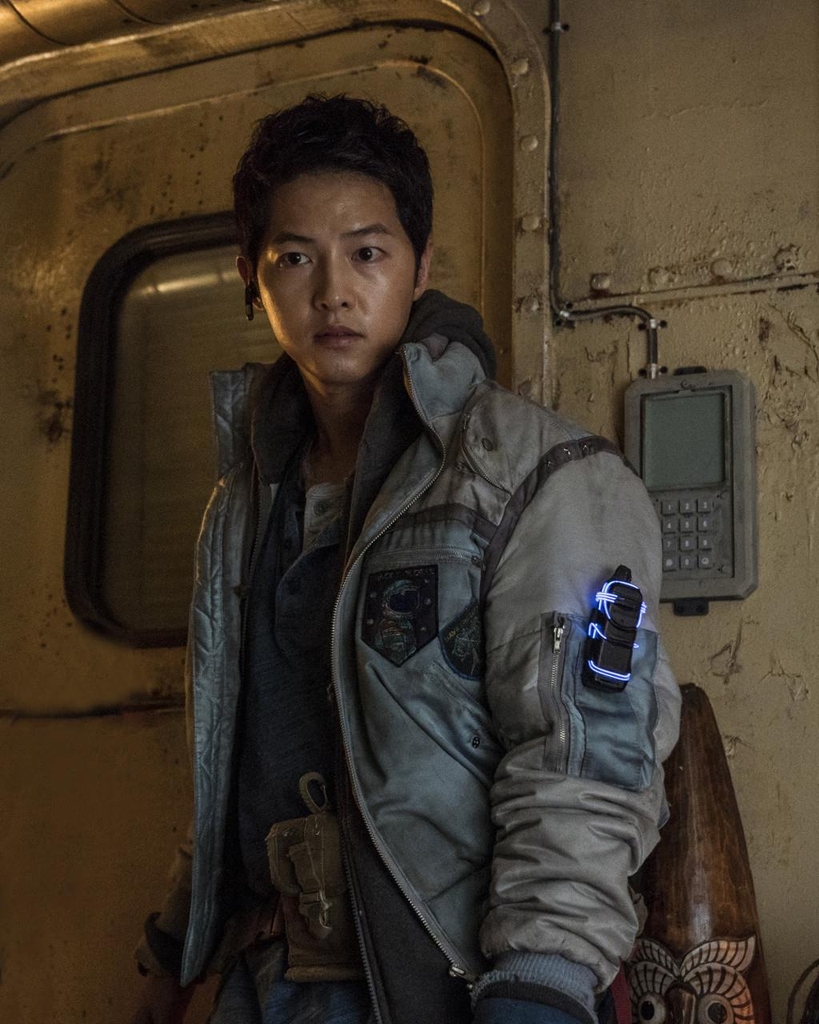 He was caught by the freshness and the cinematic imagination that director Cho created in "Space Sweepers," dubbed the first space opera made in South Korea.

"When I first read the screenplay, I was curious about a description of the spaceship Victory, which is a shabby junk collecting ship with a Korean flag and a Korean name tag on it," he said. "A few days later, the director showed me the image of the Victory, and I desired to do it."

It was not easy to participate in a sci-fi project that requires green-screen shooting and big-budget visual effects technology. Actors must be more precise in their movement and need imagination in front of a green screen, called a chroma key, Song noted.

"It was hard to move and act as if there is something out there when there's nothing actually," he said. "The most difficult part was to learn and shoot floating as if I'm in space since I had no such experience before."

But such green-screen works were well recreated by the film's visual effects team in post-production and replaced with detailed visual elements, like images of spacecraft interiors.

Eye-catching battle scenes in "Space Sweepers" and the computer-generated robot character Bubs, produced through motion capture acting by seasoned actor Yoo Hai-jin, have wowed the world as it topped Netflix' movie chart on its first week of release.

"It's incredible. I'm so pleased that so many people across the world are watching the show," he said. "I received favorable reviews from my overseas friends. I'm so grateful." 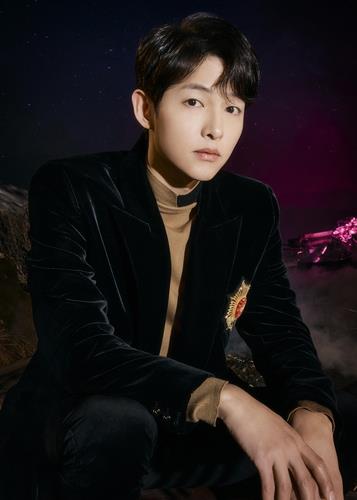