SEOUL, Feb. 10 (Yonhap) -- Siblings of iconic actress Yun Jung-hee, known to be long suffering from Alzheimer's disease in France, voiced regret over publicizing the family issue but refuted claims the move was motivated by an intention to claim her fortune.

Yun, 76, is best known outside the country for her lead role in South Korean director Lee Chang-dong's "Poetry," which won best screenplay at the Cannes Film Festival in 2010.

Late last week, a petition was posted on an online bulletin of the presidential office Cheong Wa Dae saying that she has been separated from her husband pianist Paik Kun-woo and is struggling with Alzheimer's and diabetes alone in an apartment in suburban Paris.

It also argued that Yun's daughter lives near her residence but does not take care of her mother and that Yun's husband, Paik, has not visited his wife in about two years.

Yun's siblings are only allowed to visit the actress once every three months and telephone her once a month as if Yun is in detention, the post said.

The 74-year-old pianist, affectionately called "pilgrim on the keyboard" for his musical style, refuted the petition's claims, saying that Yun's apartment is next to her daughter's place and that a caregiver, designated by her family and a local court, looks after her.

"The couple had traveled together for their entire lives, but they've been unable to go places together due to Yun's health issues for the past few years," Vincero, Paik's agency, said in a statement released Sunday.

"The family decided to have Yun stay closely with her family in Paris, rather than in a nursing home," it said. "Living in an apartment next to her daughter's home, Yun has been in a calm and stable condition, with regular doctor's visits." 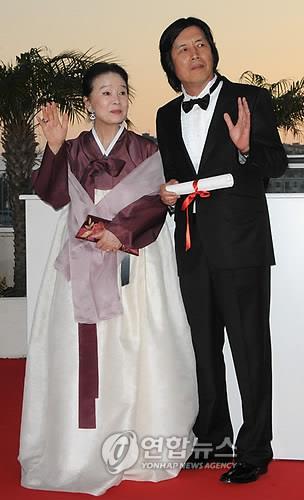 On Wednesday, Yun's siblings issued a statement confessing that they posted the controversial petition and apologized for "publicizing family affairs." Earlier this week, the five sibling said they have also employed a lawyer to counter the ongoing controversy.

They, however, continued to stress that Yun was being neglected by her husband, saying that the pianist has "rarely looked into his wife and lives at a distance that is 25 minutes by car and 21 minutes by subway from her residence."

The siblings claimed that Paik did not visit a house in Yeouido, western Seoul, where Yun was staying in February, despite being in Seoul and went on with his performance in January when Yun's mother passed away.

The Yun siblings stressed that the controversy was not motivated over a fortune fight, saying that "all rights to manage and sell the assets belong to Paik and her legal guardian daughter," adding that they hope the assets are "faithfully" managed for the actress.

They continued to ask for Yun's return to her home country, vowing they have the "will and plan to genuinely take care of (her) if the move is authorized."

In 2019, Paik unveiled that his wife had been suffering from Alzheimer's for about 10 years and was living with their daughter in Paris.

His agency said Yun's family and siblings have been in a legal dispute over the adult guardianship since 2019 and that a French court ruled in favor of Paik and his daughter in November last year.

The siblings' limited visits and phone calls are based on the court ruling, it added. 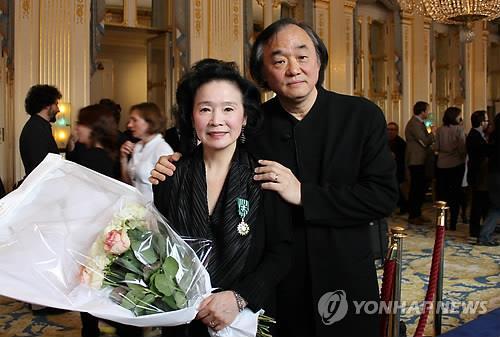 Yun was one of the most popular silver screen stars in South Korea in the late 1960s and 1970s after her big screen debut with "Sorrowful Youth" in 1967. She married Paik in the 1970s and had a daughter, a violinist based in Paris.

She starred in more than 300 films, including "Poetry," following her debut before she was diagnosed with Alzheimer's. "Poetry" was her first silver screen project in 15 years.

Paik and Yoon received a top French cultural order in 2000 and 2011, respectively, for their contributions to the classical music and film scenes.
(END)