The number of moviegoers reached a total of 707,000 during the four-day lunar New Year holiday weekend that began on Thursday, according to the data from the Korean Film Council (KOFIC).

It is just one seventh of more than 4.9 million attendees tallied over last year's Lunar New Year holiday that fell on Jan. 24-27.

The Lunar New Year, one of the two most important traditional holidays in the country, is a high season for the local cinema scene as blockbuster movies compete before the spring season.

But this year, big-name films postponed theatrical releases for the holidays due to a resurgence in COVID-19 cases in the winter and tightened social distancing in theaters.

Disney-Pixar's latest animated film "Soul," released on Jan. 20, drew a 273,000 viewers over the four-day period, for a total of 1.57 million. It has remained atop the country's box office for four straight weeks since its release.

Insiders expected that more movie fans will likely return to cinemas in the coming weeks as the 9 p.m. curfew imposed on movie theaters was lifted and their seating cap was increased to 70 percent from 50 percent from Monday.

"The nighttime curfew was critical as it was nearly impossible for people to watch a movie after dinner," said an official from CJ CGV, a leading multiplex chain in South Korea. "We hope the eased social distancing will help movie theaters buzz with excitement again." 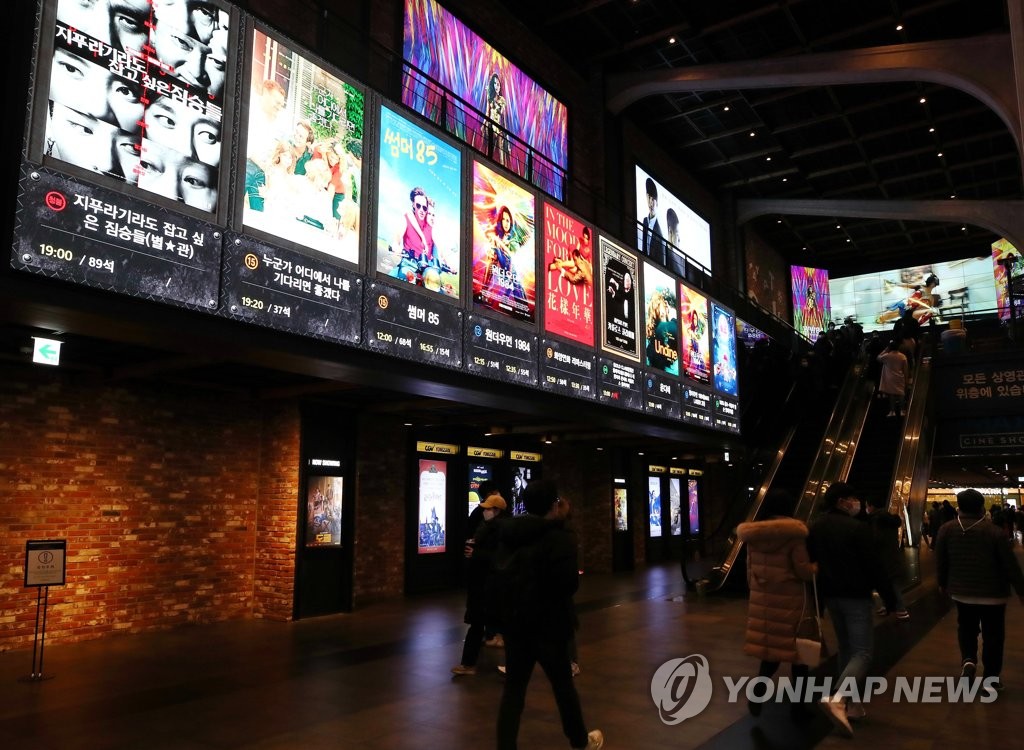