SEOUL, Feb. 18 (Yonhap) -- Big Hit Entertainment, the agency behind global dynamite BTS, and Universal Music Group (UMG) on Thursday unveiled plans to put together a new K-pop boy band that will debut in the United States.

In a pre-recorded video streamed early Thursday, the heads and executives of the two companies announced the new project, which will proceed through a joint venture label between Big Hit and UMG's Geffen Records that have produced music for artists like Nirvana, Elton John and Avicii, as well as rising rookie Olivia Rodrigo.

The envisioned label will be based in Los Angeles and will drive the project to find the new boy band through a global audition program aiming to air in the U.S. in 2022. While it will debut in the U.S., the group will train through a "K-pop system," according to the companies.

As part of their partnership, the two companies said they will push to increase fan interaction through Weverse, a fan community platform operated by Big Hit. In addition to Big Hit's artists and other Korean musicians on the platform, UMG artists Gracie Abrams, New Hope Club and Alexander 23 have also joined the club.

Big Hit and UMG officials voiced hope that the partnership will help both companies and their artists to better communicate with their fans.

"Our two companies indeed share values and visions in that we both pursue constant innovations and are committed to providing our fans with genuine music and content of the highest and uncompromising level of quality," said Big Hit founder and chief Bang Si-hyuk. "In this sense, I strongly believe that UMG and Big Hit will create a synergy that will rewrite the global music history."

"With their innovative approach to developing artists and embracing new technology, Big Hit has become one of the most dynamic companies in music entertainment," said UMG Chairman Sir Lucian Grainge, "We're thrilled to be working together as we launch a new joint venture between our companies that will further accelerate K-pop as a global cultural phenomenon." 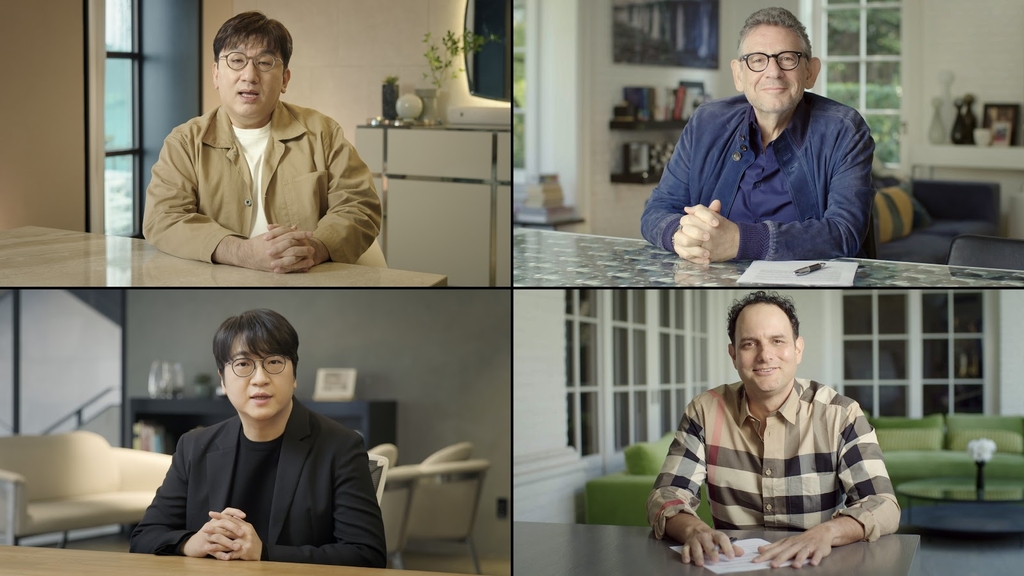