SEOUL, Feb. 20 (Yonhap) -- South Korea's daily new coronavirus cases fell back below 500 for the first time in four days on Saturday, but sporadic infections continued to be reported amid worries over a potential resurgence after the government eased social distancing rules earlier this week.

The country reported 448 more COVID-19 cases, including 416 local infections, raising the total caseload to 86,576, the Korea Disease Control and Prevention Agency (KDCA) said. The latest caseload was down from the previous day's 561.

The country added 3 more deaths, raising the total to 1,553.

As of 9 p.m. on Saturday, health authorities and provincial governments reported 384 new cases, down 19 from the same time the previous day. Of the total, 314 cases, or 81.8 percent, were reported from the greater Seoul area, including 163 in Gyeonggi Province and 130 in the capital.

The daily infection figure remained in the 300s during the latter part of the Lunar New Year holiday that ended on Sunday due mainly to less testing.

However, it bounced back to the 600s on Wednesday and Thursday before falling back to the 500s on Friday, sparking concerns of a potential virus resurgence especially after the government eased social distancing rules for small shops on Monday. 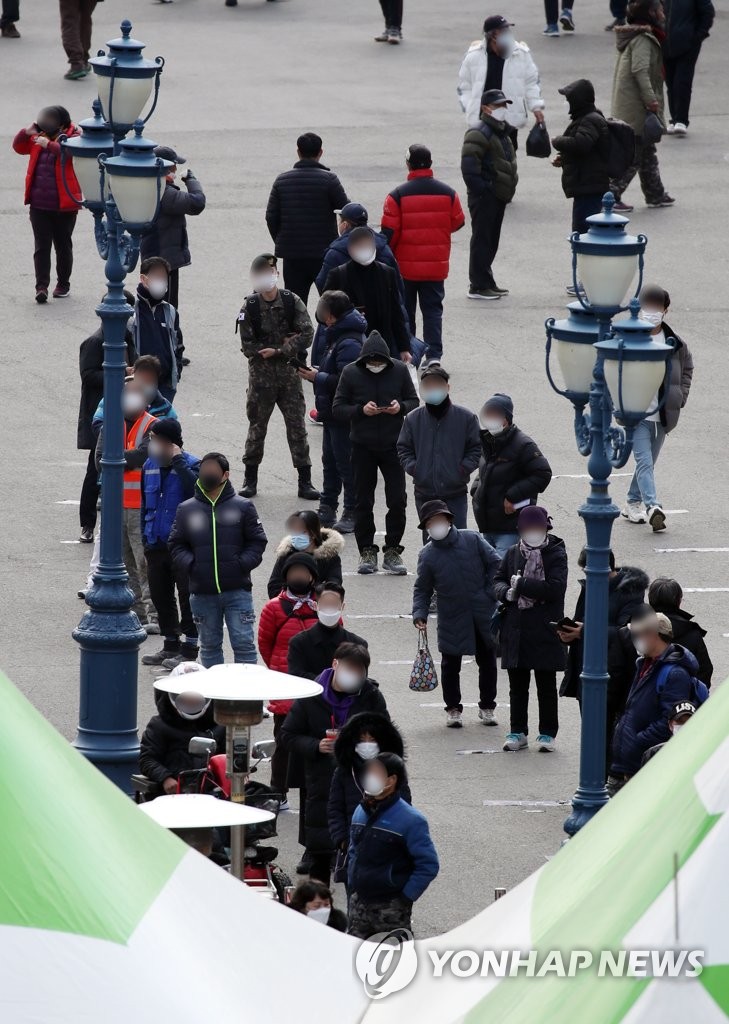 Currently, the Seoul metropolitan area, home to half of the nation's 52 million population, is under Level 2 distancing -- the third highest in a five-tier system -- and other areas are at Level 1.5.

Under the eased social distancing rules, coffee shops, gyms, nightclubs and bars in Seoul and the surrounding Gyeonggi Province can remain open for an hour longer until 10 p.m. But gatherings of five or more people are still prohibited.

As the impact of family gatherings during the recent Lunar New Year holiday has yet to fully materialize, health authorities said that they remain on high alert and will consider adjusting antivirus measures by closely monitoring developments in the days to come.

"Some experts are warning that eased social distancing rules and the impact of virus variants could combine to prompt another wave of virus resurgence," he added. 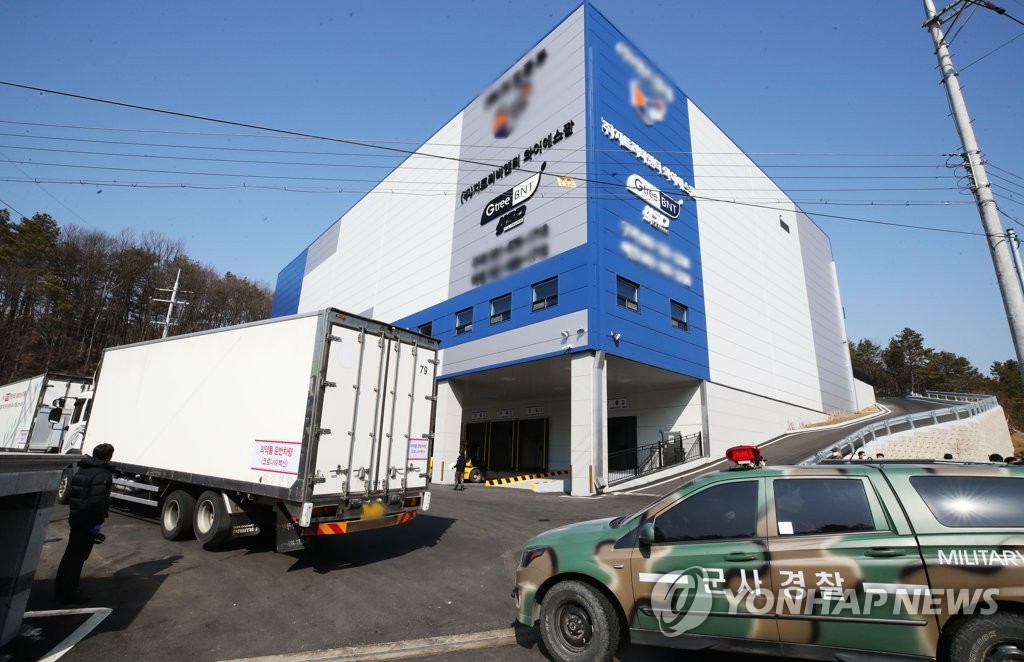 Sporadic infections continued to be reported at factories and hospitals.

A total of 129 infections have been confirmed at a plastic factory in Namyangju, located around 20 kilometers east of Seoul.

South Korea is now making preparations to start inoculating its people, raising expectations that it would help stem further spread of the highly contagious disease.

On Friday, the government carried out a final mock drill for its planned transport of AstraZeneca's vaccines ahead of the beginning of the inoculation program next Friday.

In a positive sign for the immunization campaign, 93.8 percent, or 344,181, of the total 366,959 people -- the initial group for inoculation at nursing homes, rehabilitation centers and COVID-19 hospitals -- expressed their intention to get vaccine shots, according to the KDCA.

The government's vaccination authorities said that if one refuses to get vaccinated, he or she will get another chance after November when the national inoculation campaign is set to end.

If personnel at nursing homes or similar medical facilities refuse to get a shot, the health authorities would ensure they get polymerase chain reaction (PCR) tests at least once a week to prevent any contagion.

Prime Minister Chung Sye-kyun vowed the government's full support for successful inoculations as he visited the headquarters of SK Bioscience Co., which will lead the distribution of vaccines.

"The government will do its best in mobilizing all resources available to ensure the success of the upcoming vaccination so as to bring normal life back to our people as soon as possible," he said at SK Bioscience in Seongnam, just south of Seoul.

Of the 416 locally transmitted cases, 119 cases were reported in Seoul and 161 in the surrounding Gyeonggi Province. Incheon, 40 km west of Seoul, had 35 new cases.

The number of seriously or critically ill COVID-19 patients was 156, up 3 from the previous day.

The total number of people released from quarantine after making full recoveries stood at 77,083, up 570 from a day earlier.