SEOUL, Feb. 23 (Yonhap) -- Cryptocurrencies such as Bitcoin have no intrinsic value and their price swings are expected to experience greater volatility, the head of the Bank of Korea (BOK) said Tuesday.

Asked by a lawmaker about whether a recent surge in the price of Bitcoin is temporary, Lee replied, "It is very difficult to predict the price, but its price will be extremely volatile."

A recent rally in Bitcoin may be a result of multiple factors, including mass purchases by Elon Musk's Tesla Inc. and plans by institutional investors to use the digital token as a hedge, Lee said.

The price of Bitcoin, the world's largest cryptocurrency, surpassed US$50,000 this month. In South Korea, Bitcoin exceeded 65 million won ($58,479).

Some investors say Bitcoin could be an alternative as a hedge to the gold, but critics say the cryptocurrency frenzy is a bubble created by excess liquidity amid the pandemic.

Lee also reiterated that it is not desirable for the BOK to directly buy bonds issued by the Korean government.

If so, it will increase worries about fiscal soundness and undermine the trust of the central bank, Lee said. 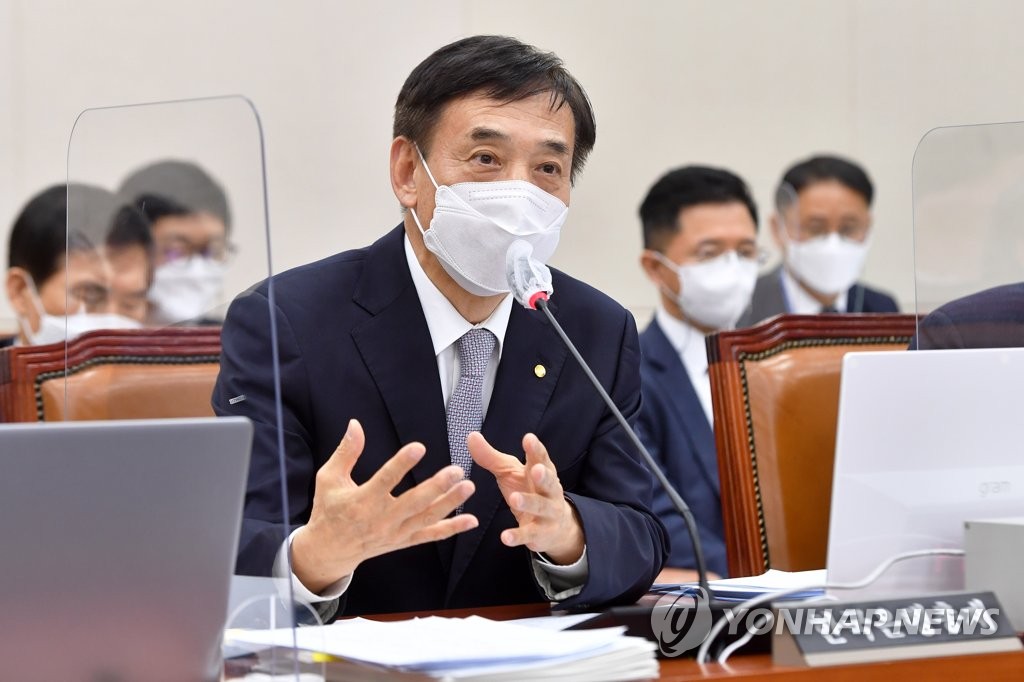