SEOUL, Feb. 24 (Yonhap) -- Nestled in between the bustling Seoul Station and the city's symbolic Mount Nam is Cheongpa-dong, one of the oldest neighborhoods in Seoul that has escaped the gentrification that brought hip eateries and fancy offices to the rough area.

Residents coexist with mom-and-pop stores, low brick and wooden buildings -- some that date back to colonial Japanese rule -- and narrow alleys that dot the hilly neighborhood whose name means "blue hill."

When singer-songwriter Jeongmilla moved into Cheongpa-dong in 2019 -- partially because she knew the area well and also to live at a walkable distance when she returns to the Seoul railway station late at night from long-distance gigs -- she knew she had to write songs about this place.

"The moment I opened the window at my house and could see Seoul Station and Namsan Tower, I felt this was the place," she said in a recent interview with Yonhap News Agency. "I started going on long walks, and as I adjusted to the neighborhood, I felt I had to do something related to this neighborhood." 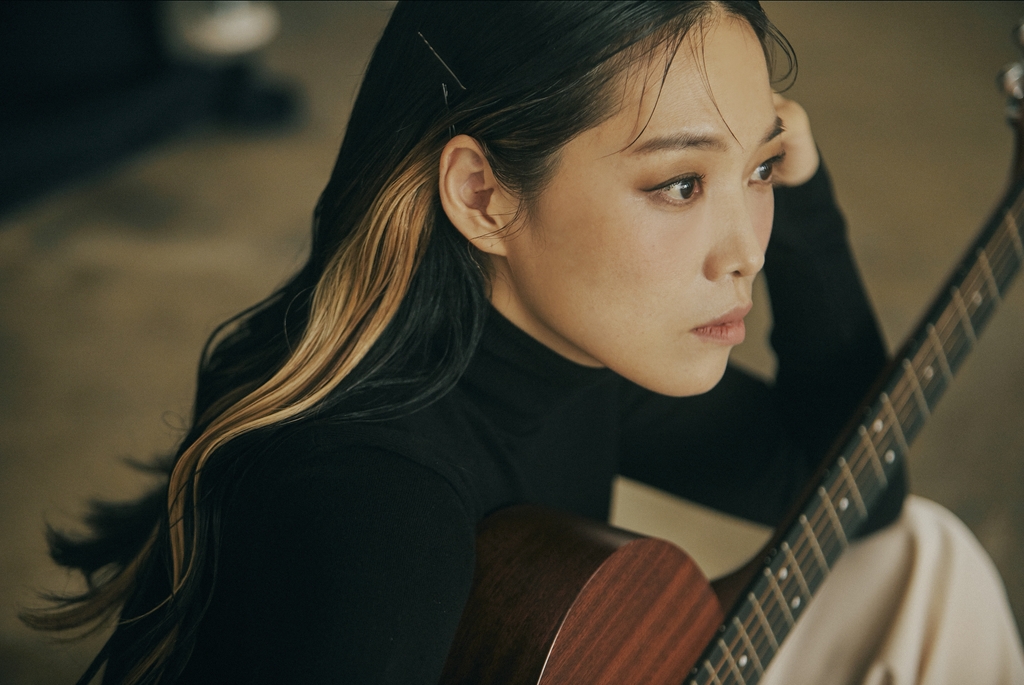 But of course, like many who are "surviving" this age, things didn't go as planned after the pandemic hit.

"I became a full-time musician as I moved here, but then all gigs were called off and all I could do was to work on an album," said the singer-songwriter who had extensively worked in the arts after graduating from the prestigious Korea National University of Arts. "But then again how many times in my life would I have the opportunity focus on just one thing? It was agonizing but at the same time euphoric."

The result is "CheongPa Sonata," the folk singer-songwriter's third full album that includes ten personal yet socially conscious songs written and partially recorded from her down-to-earth neighborhood "where even her landlord doesn't know she's a singer."

Since its release in October, the album has been highly recommended by critics on various music charts and has been nominated for Album of the Year at the 2021 Korean Music Awards. Jeongmilla has also been nominated as Musician of the Year alongside acts like BTS, Leenalchi and Sunwoo Junga.

The artist-turned-musician delicately paints the quotidian scenes of Cheongpa-dong, which she described as a "strange" place, while weaving them with her personal stories and the social context that runs through the central Seoul area. 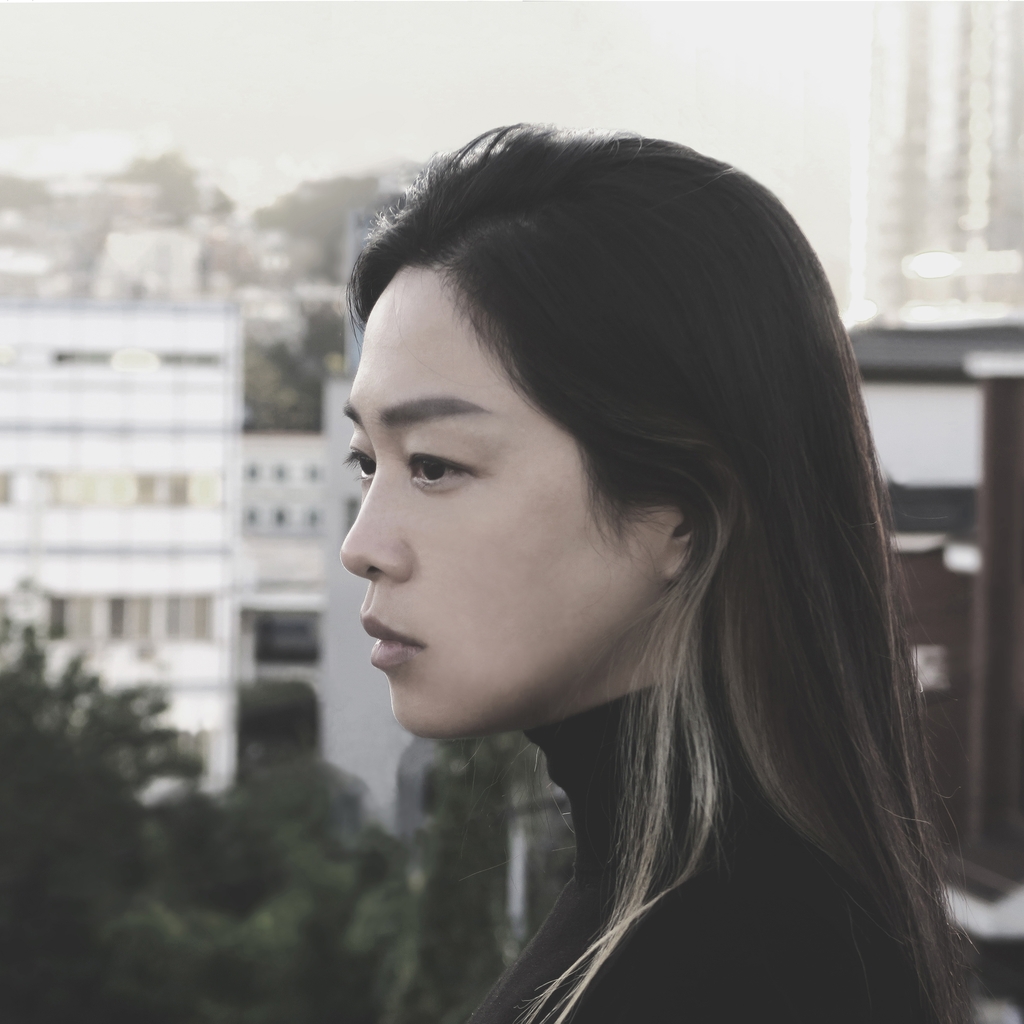 "Cheongpa-dong is strange. I felt like a stranger in a place where I woke up to the sound of suitcases foreigners staying at nearby guesthouses were bringing and where there are a lot of office workers. Even in this area that was recently developed, only this neighborhood remains like an island without a skyscraper."

In "Old Town," she laments how "things that vanish are barred from saying anything, while things that are new are soon replaced by things even newer" in a neighborhood "where you can hear the trains running late into the night" and "you can still hear the sound of sewing machines and two-wheeled cars and the low-squatting houses are piled one atop another, all the way to the hilltop."

For "Square," where she sings about the plaza in front of Seoul Station where numerous demonstrations take place, she borrows the rhythm and style of protest songs that were used in labor and democracy movements.

"Under banners held high; Shouts ring out; Shoulders hunched; People step aside" at a place "Where those who have nowhere to go; And those following their paths; Need not hide, Nor have anything to hide," she sings in the song that actually incorporates sound clips of protests.

"Journal During Troubled Times" directly addresses the pandemic that has stirred a sense of hate and a need to find a scapegoat: "Layers upon layers of greed hidden within, equality and love thrown off balance; Long-brewing biases, lies and hate -- such were the things that were hurled about."

Instead of being engulfed by these feelings, she encourages listeners to "live on, putting our hearts into it," and reminds them that "Amid the ordinary folk, a hero appeared; Soon, people put their heart into doing their part, changing the world little by little." 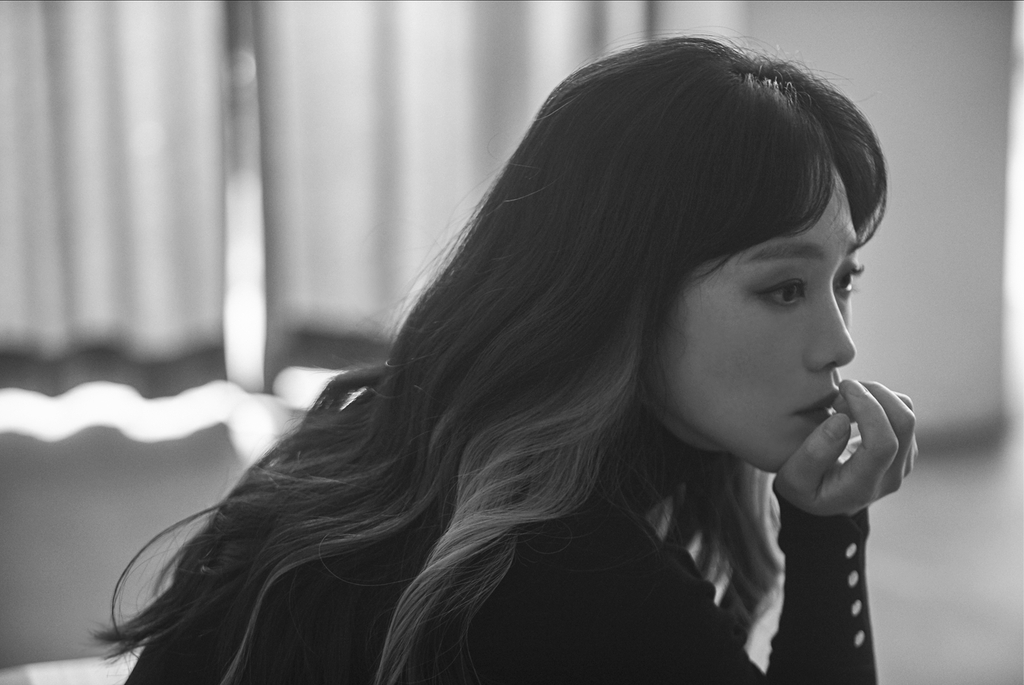 To add to the realness of the album, Jeongmilla brought in actual sounds of real life that she collected during her long walks -- when she intentionally takes off her headphones to focus on the sound surrounding her -- and home isolation during the pandemic.

"I was initially stressed by the noises that disturbed my work, but I thought that I could incorporate them into my music so that I would hate them less," she said laughing. "I recorded the ambient sounds in front of my house. The tricky part was recording the demonstration sound clips since all events were called off due to the pandemic. But they had a big demonstration on Labor Day on May 1, which I managed to record. I was lucky."

As a musician who studied and started off her artistic career through fine arts, Jeongmilla said music and art are both important to her in different ways.

"Perhaps it was fortunate for me to study fine arts first. I could get training for creative art, and it has become a big, strong channel that allows me to interpret the world that surrounds me," she said. "Say there's a cup on the table. I can see more surrounding the cup through the training through fine arts. It made my view more multidimensional."

But it is music that comforts her solitude and allows her to resonate with audiences, according to Jeongmilla, who said music has become the biggest chunk making up her artistic world.

"I'm usually OK by myself, but there's this sense of loneliness that comes from doing art. I often felt that I wanted to be among people when I was working on art pieces," she said. "There's a lot of layers in understanding an artist, and in that sense, performing is fun in how (my work) directly affects the audience real time."

The songstress said that she would like to build her music on this sense of interaction.

"Music is something that resonates at a certain moment, without a visible form. But it's an intangible form of art that can bring about something tangible. I hope the music I pursue can be music that brings about good things when it goes out into the world and is scattered about."