SEOUL, Feb. 23 (Yonhap) -- The most successful South Korean hitter in major league history is bringing his talent back to his homeland, amid soaring expectations for gaudy numbers.

Choo Shin-soo, a former All-Star outfielder for the Texas Rangers, signed a 2.7 billion (US$2.4 million) contract to play for the SK Wyverns, which will soon be taken over by the retailer Shinsegae Group.

Following a 16-year big league career, Choo immediately becomes the highest-paid player in Korea Baseball Organization (KBO) history. The 38-year-old also joins a long list of former Korean major leaguers who began their professional careers outside the country but chose to end them on home soil. 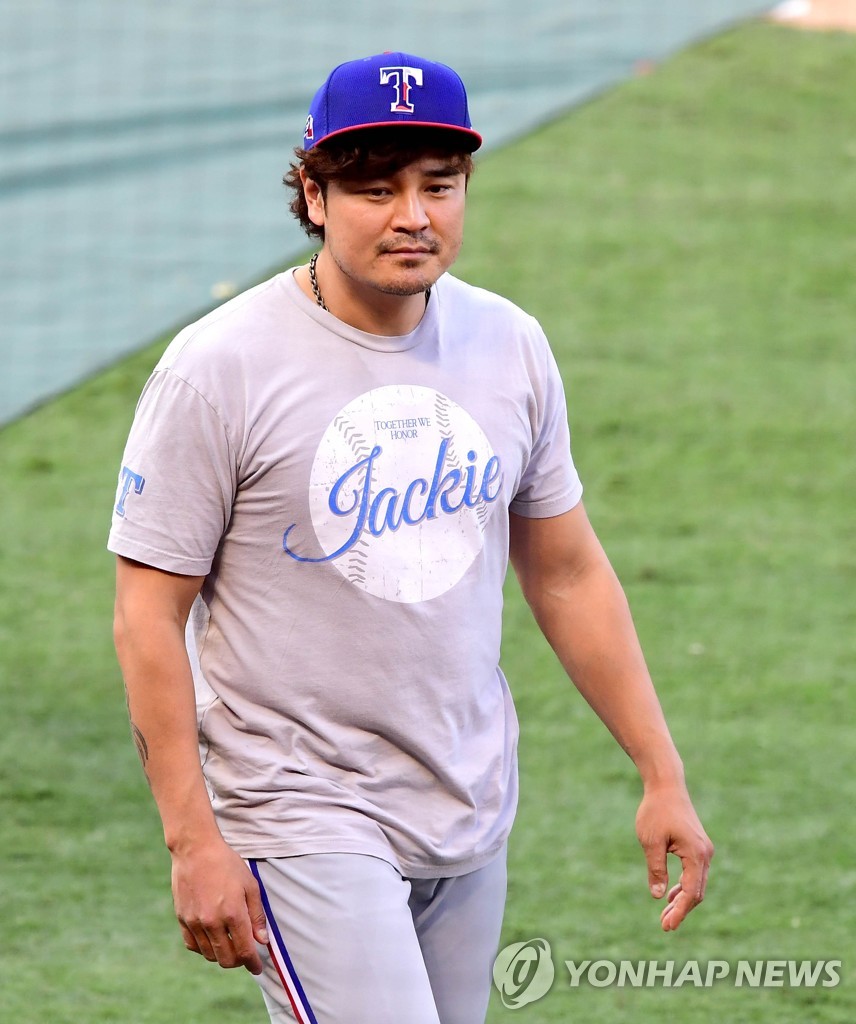 But few of those players, if any, could match Choo's Major League Baseball (MLB) credentials. With 218 home runs, 782 RBIs, 157 steals and a .275/.377/.447 line over 1,652 games, Choo isn't just the greatest Korean position player in MLB. He is also one of the very best to come from the continent of Asia. Choo is easily the best South Korean player that KBO fans haven't yet seen in person.

On the pitching side, Park Chan-ho, the first South Korean to play in MLB, also finished out his career in the KBO. He left the big leagues with 124 career wins, which stand as the most career victories by an Asian-born pitcher, and pitched the 2012 season for the Hanwha Eagles.

Though Park struggled to a 5-10 record and a 5.06 ERA in his lone KBO season, his outings were always a major attraction and an appointment viewing. It was no coincidence that the KBO set a new single-season attendance record that year with over 7.1 million fans. 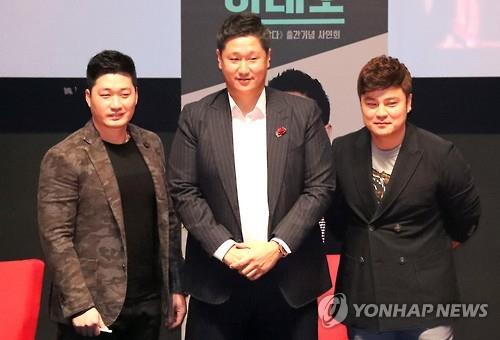 Aside from selling a few extra tickets, however, Park and Kim didn't move the needle much on the field.

Among position players, one-time Chicago Cubs first baseman Choi Hee-seop, who in 2002 became the first South Korean hitter in the big leagues, spent nine years in the KBO with the Kia Tigers. He won a title in 2009 and enjoyed a couple of productive seasons, after coming home at age 28 and still in his athletic prime.

Though Choo will turn 39 in July, he has the skillset that tends to age well -- namely, his great batting eyes.

In 2019, the last full MLB season, Choo belted a career-high 24 home runs and led the Rangers with 78 walks in 151 games. He posted a .371 on-base percentage, right along his career number.

In his lone All-Star season in 2018, Choo set a Rangers record with a 52-game on-base streak and posted a .377 on-base percentage, his highest as a Ranger after joining the club in 2014.

And Choo signed a seven-year, $130 million contract largely thanks to his power from the top of the order and ability to get on base at an impressive rate. 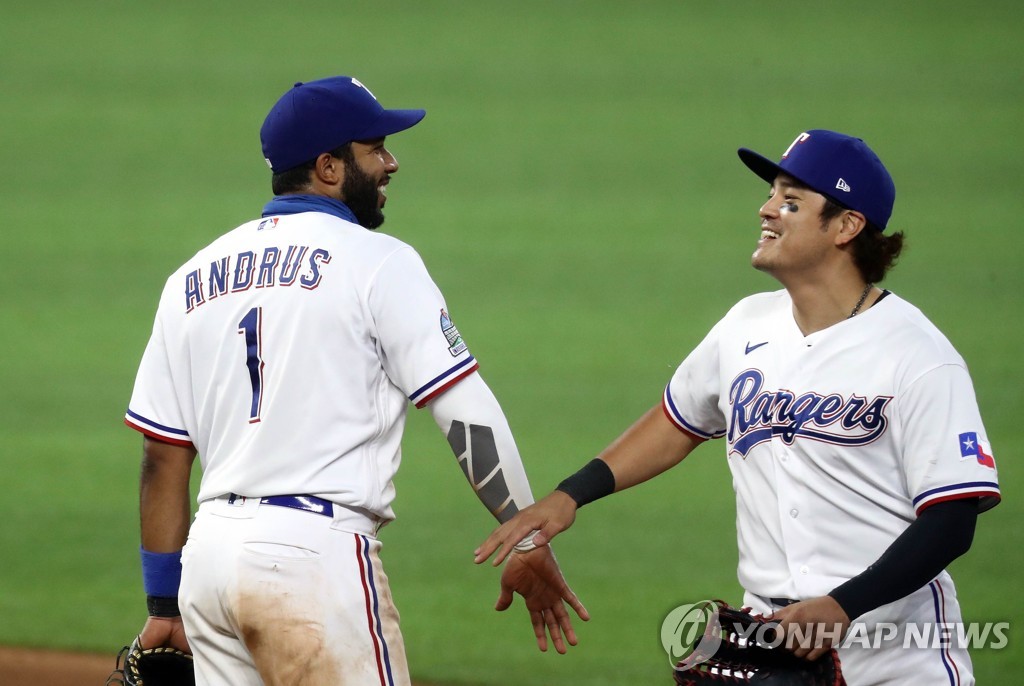 In his one season with the Cincinnati Reds in 2013, Choo posted career highs with a .423 on-base percentage, 112 walks and 107 runs scored. He also enjoyed his third 20-20 season, with 21 homers and 20 steals. And in seven years with the Cleveland Indians before that Reds stint, Choo had a .383 on-base percentage.

Of course, the soon-to-be-renamed Wyverns didn't make Choo the most expensive player in league history just to have him draw walks. They believe Choo will still bring some pop, which will play well in the club's hitter-friendly ballpark in Incheon, just west of Seoul.

One rival general manager, speaking on the condition of anonymity, offered a bold prediction, saying, "Choo Shin-soo is good enough to win the batting title and hit more than 30 home runs in his first season here."

One major league scout based in Seoul was less enthusiastic, though he still said Choo should be able to hit 20 home runs in the KBO. 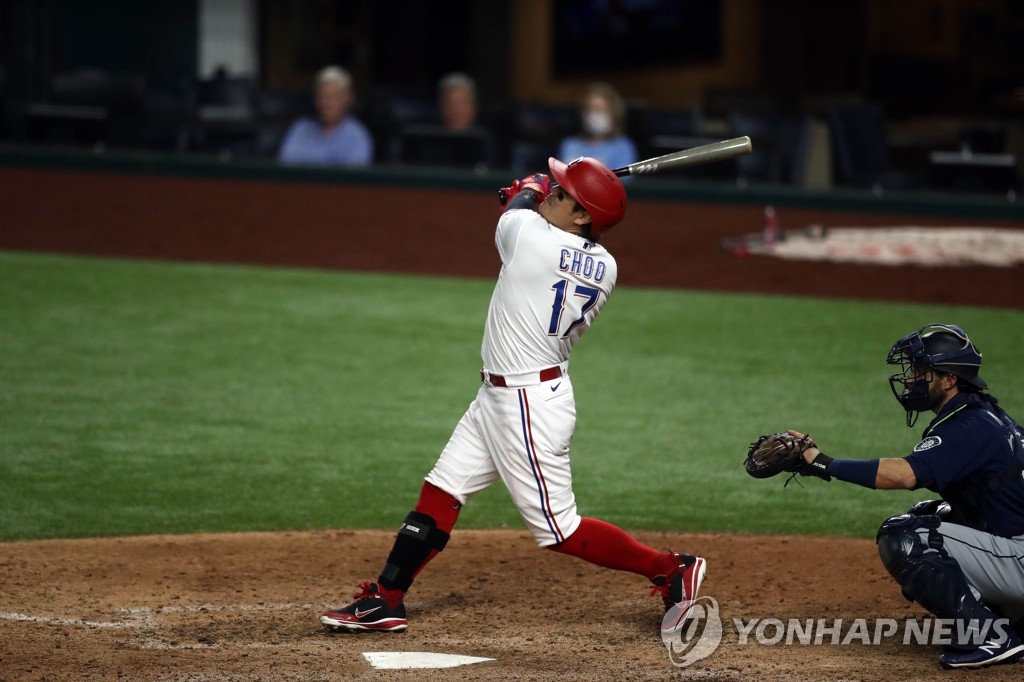 Another intriguing storyline is Choo's battle against a couple of friends who had their cups of coffee in the majors.

Choo has been friends with Lotte Giants' slugger Lee Dae-ho since their childhood. They played on the same elementary school team in Busan, 450 kilometers southeast of Seoul. When Lee played for the Seattle Mariners in 2016, he and Choo became the first pair of Korean position players to meet as opponents in a major league game.

Their KBO teams will meet on Opening Day here on April 3 in Incheon.

Choo is also tight with Samsung Lions closer Oh Seung-hwan, who played for three major league clubs from 2016 to 2019.

Oh and Choo had their first big league meeting in June 2016, while Oh was pitching for the St. Louis Cardinals. They met again in 2018 with Oh then pitching for the Toronto Blue Jays. Choo went 2-for-2 with an RBI against the right-hander.

Though the trio may be approaching the tail end of their careers, their individual battles are sure to generate excitement for multiple fan bases.