POSCO Chemical said the plant in the southern city of Gwangyang will boost its annual production capacity of cathodes to 100,000 tons by 2023, which is enough to manufacture about 1.1 million electric vehicles equipped with 60 kWh battery packs.

Currently, POSCO Chemical has an annual cathode production capacity of 30,000 tons and 10,000 tons at its plants in Gwangyang and the southeastern industrial city of Gumi, respectively. 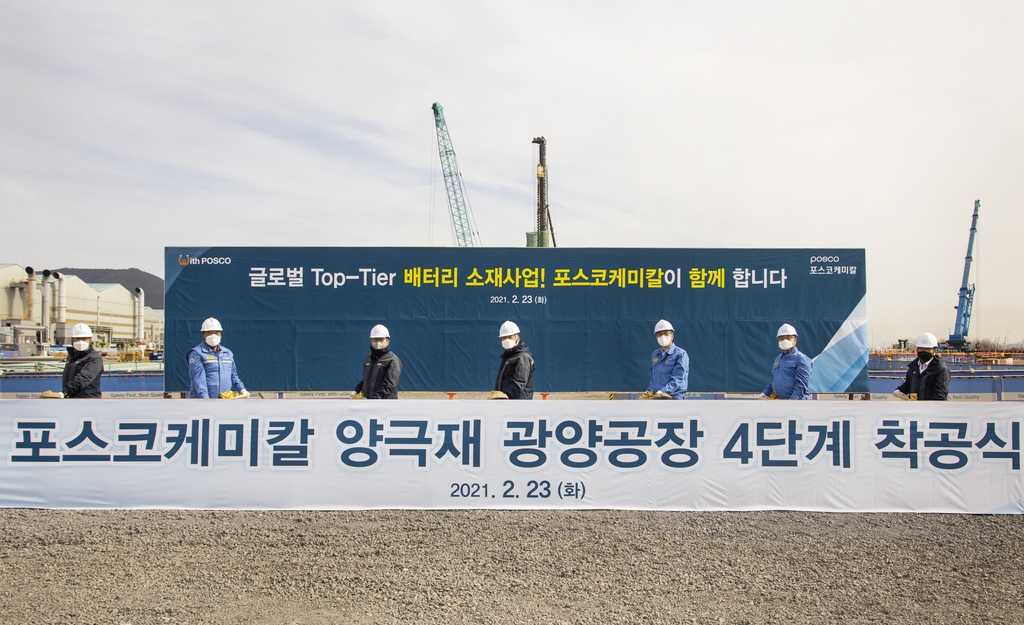 The latest move is meant to meet growing demand for cathodes.

POSCO Chemical also said it plans to set up plants in China and Europe to timely supply cathodes to EV battery makers.