Aviation officials will closely monitor whether Korean Air Lines Co., Asiana Airlines Inc. and Jin Air Co. check their B777 planes equipped with the same type of engine that caused the U.S. incident, the Ministry of Land, Infrastructure and Transport said in a statement.

"We will look into the airlines over whether they have made regular safety checks on the B777's Pratt & Whitney PW4000 engine fan blades before the plane makes every 1,000 flight," a ministry official said. 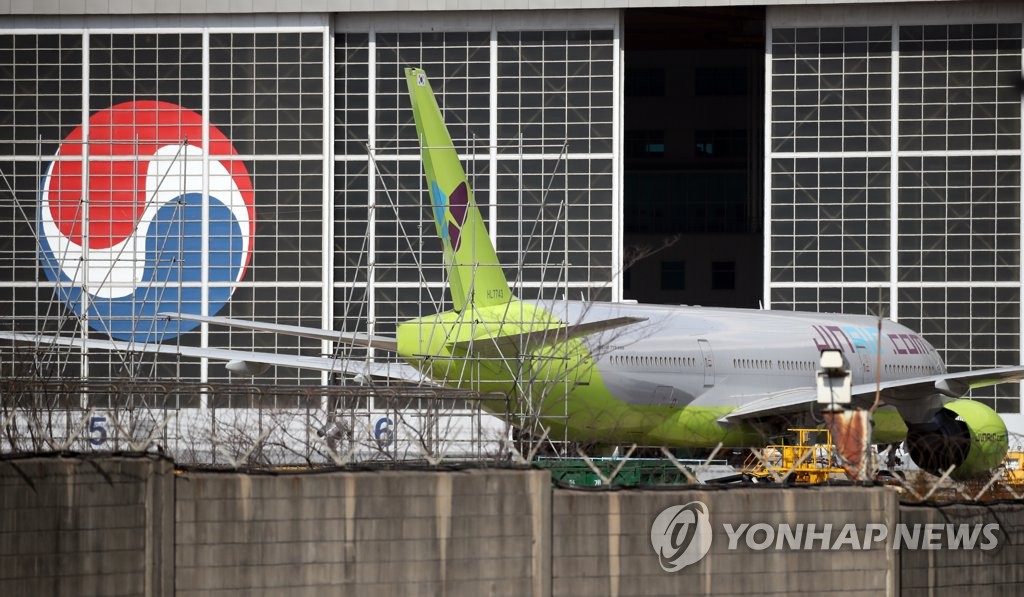 There are 29 B777 jets mated with the PW4000 type of engine operated by the three local airlines -- 16 by Korean Air, four by its budget carrier unit Jin Air and nine by Asiana.

The three carriers said Tuesday they have grounded all Boeing 777 planes.

A B777-200 plane suffered an engine failure after taking off for Honolulu on Saturday (local time), with an engine cowling and other parts from the plane found to be scattered on the ground in Denver, according to foreign media reports.

The United Airlines, Inc. flight landed safely without any injuries on the plane or the ground. Boeing Co. recommended its clients ground PW4000 engine-equipped 777 jets, the reports said.

The U.S. National Transportation Safety Board (NTSB) reportedly began an investigation into the accident. The NTSB will focus on what caused the engine failure.