SEOUL, Feb. 24 (Yonhap) -- Before reporting to his first major league training camp for the San Diego Padres this week, South Korean infielder Kim Ha-seong declared his immediate goal would be to win the Rookie of the Year award. He's also hoping to win a World Series title with the Padres in the not-so-distant future.

Kim has just added another long-term goal to his list: Be like Choo, as in the former major league All-Star from South Korea, Choo Shin-soo. 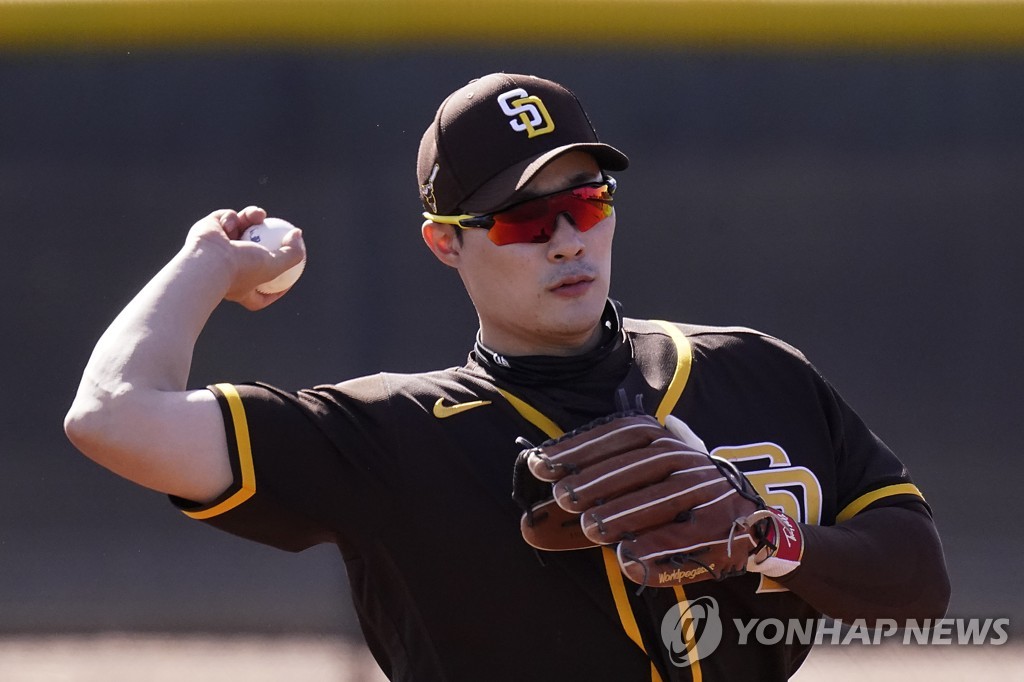 In his first spring training Zoom session held Wednesday morning in Korean time, Kim said he was "quite surprised" to hear of Choo's joining the Korea Baseball Organization (KBO). On Tuesday, the 16-year big leaguer signed a one-year deal with the SK Wyverns, soon to be renamed following a sale to the retail giant Shinsegae Group.

Choo is the most successful South Korean hitter in Major League Baseball (MLB) history. Choo hit 218 home runs and had 782 RBIs, more than any other Asian-born hitter in the majors. Choo also had three 20-20 seasons, with at least 20 homers and 20 steals, and posted a career on-base percentage of .377, 10th among all active players with at least 3,000 plate appearances at the end of 2020.

"I'd like to play as well as Choo Shin-soo did," Kim told reporters from Peoria, Arizona.

Kim, 25, spent seven years in the KBO before taking his talent to America. Choo, on the other hand, will be making his KBO debut at age 38.

Asked if he could give Choo any advice on playing in the KBO, Kim demurred and said, "I don't think I am in a position to offer him advice." 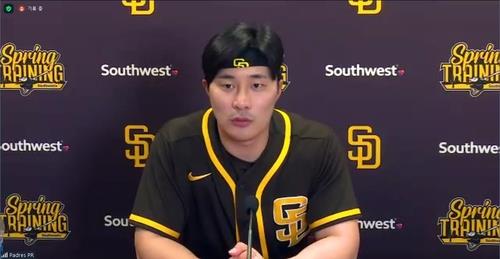 "He put together such a good career in the U.S., and helped raise the profile of Korean baseball," Kim said. "I think players in Korea will be able to learn so much from Choo."

Kim was a perennial All-Star in the KBO for the Kiwoom Heroes, a slick shortstop with power who was also a base-stealing threat.

He said he has been having a lot of fun during his first week of camp and thanked his new club and teammates for making his life in the new environment comfortable. And the position switch -- Kim will be playing second base for the Padres, with Fernando Tatis Jr., he of a recent 14-year extension, entrenched at shortstop -- hasn't fazed Kim.

"Baseball training is pretty much the same, whether it's in Korea or in the U.S.," Kim said. "I'll be spending a lot of time on defense because I'm taking on a new challenge at second base. I am trying to get acclimated to our formations and talk as much as I can with our coaches."

As for working out with Tatis, who'll be paid a cool $340 million, Kim said, "He's such a talented player. I can see why he is a superstar." 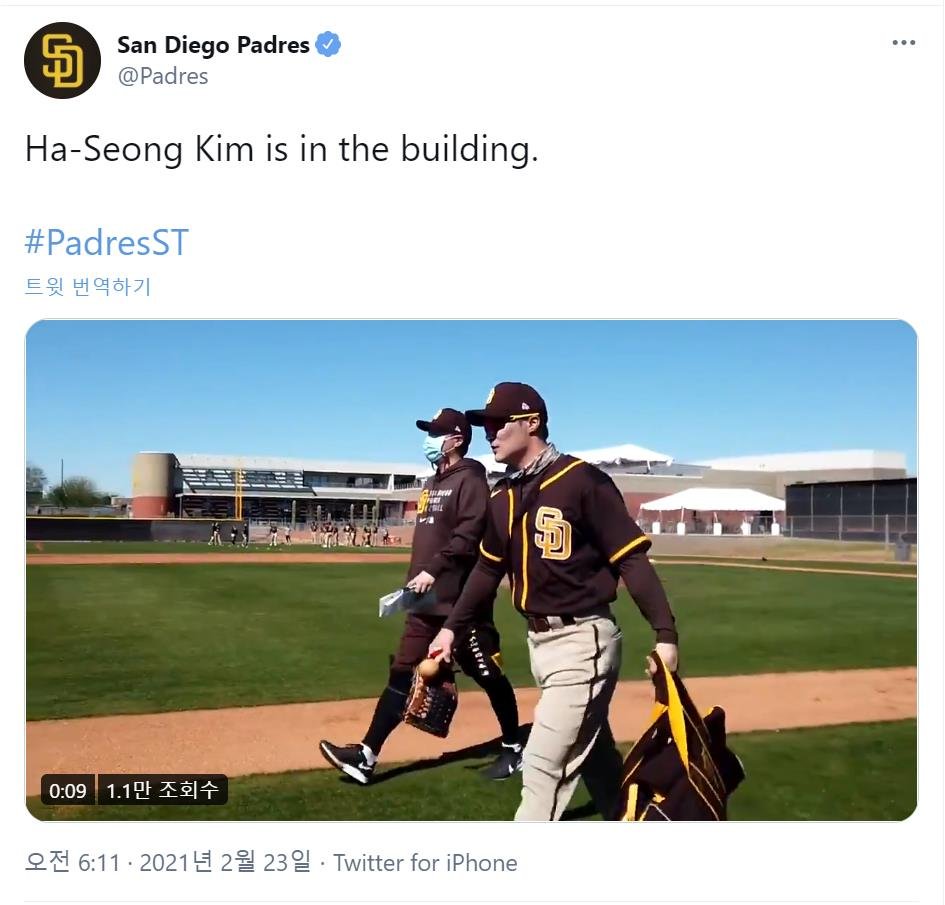 Kim will be battling incumbent Jake Cronenworth, the Rookie of the Year runner-up last year, for playing time at second base. Kim said the 27-year-old American has so much enthusiasm for the game and added, "I just have to do what I am supposed to do, rather than (worry about) competition. It'd be nice if we both play well.

While Kim hasn't been able to connect with Choo, he has been talking with another Korean baseball icon, Park Chan-ho, on a regular basis,

Park became the first Korean to play in the majors in 1994, and the one-time Padre is now an adviser in the team's baseball operations department. 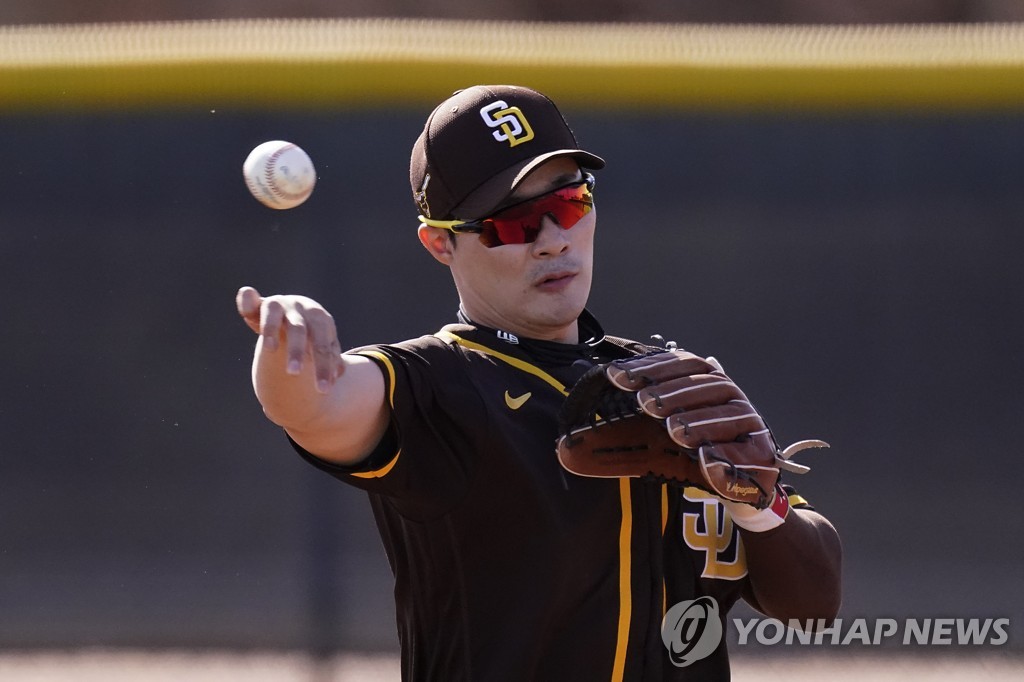 "Park has told me things like, I should reach out to my teammates first and I should pace myself in spring because I could get hurt otherwise," Kim shared.

When signing his four-year deal worth $28 million, Kim also inserted a clause that will prevent the Padres from demoting him to the minor leagues without his consent. But that will take effect starting in Kim's third season, 2023.

Asked how he'd feel about getting sent down, Kim said, "I hope things don't come to that, but if it's for the good of the team and if it's because I am not playing well enough, then I'll have to accept that."

"But I have high expectations for myself this season," Kim added. "I am only thinking positive thoughts." 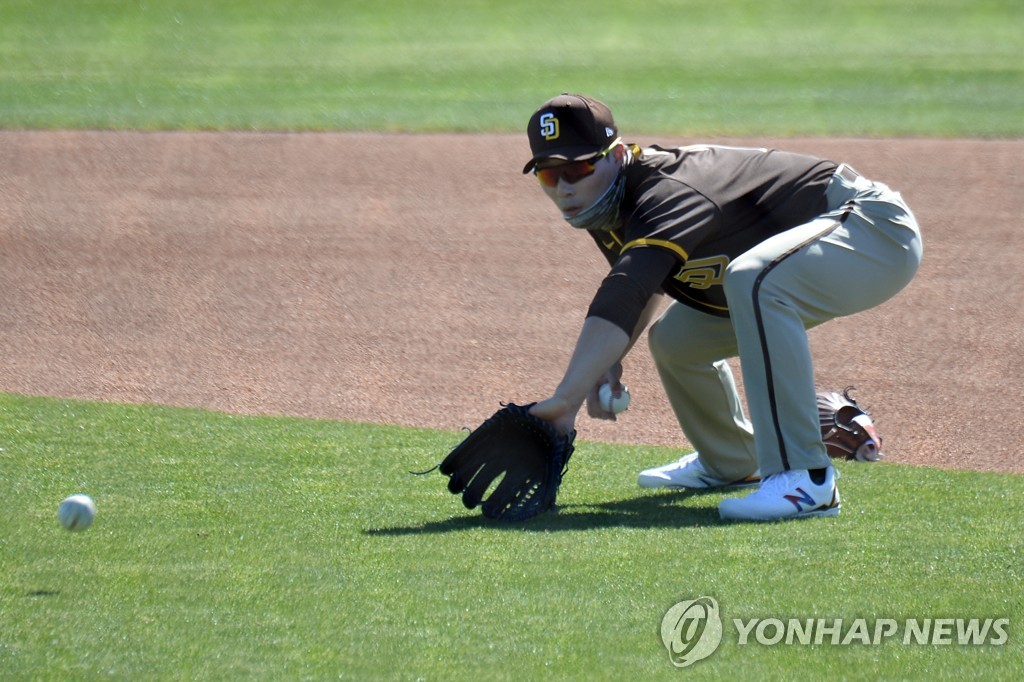