SEOUL, Feb. 24 (Yonhap) -- Shipments of the first batch of COVID-19 vaccines for South Koreans began Wednesday as health authorities gear up to launch a public inoculation program later this week.

The inaugural shipments of vaccines developed by British-Swedish pharmaceutical giant AstraZeneca were made at a drug manufacturing plant of SK Bioscience Co. in Andong, 270 kilometers southeast of Seoul.

The delivery began as the country was preparing to begin a public vaccination program on Friday using AstraZeneca vaccines produced by SK Bioscience under a manufacturing partnership deal.

Some 1.57 million doses of vaccines for inoculating 780,000 people under a full two-dose regimen will be delivered to some 1,900 long-term care hospitals and public health centers across the country for five days starting Thursday after being temporarily stored at a logistics center. 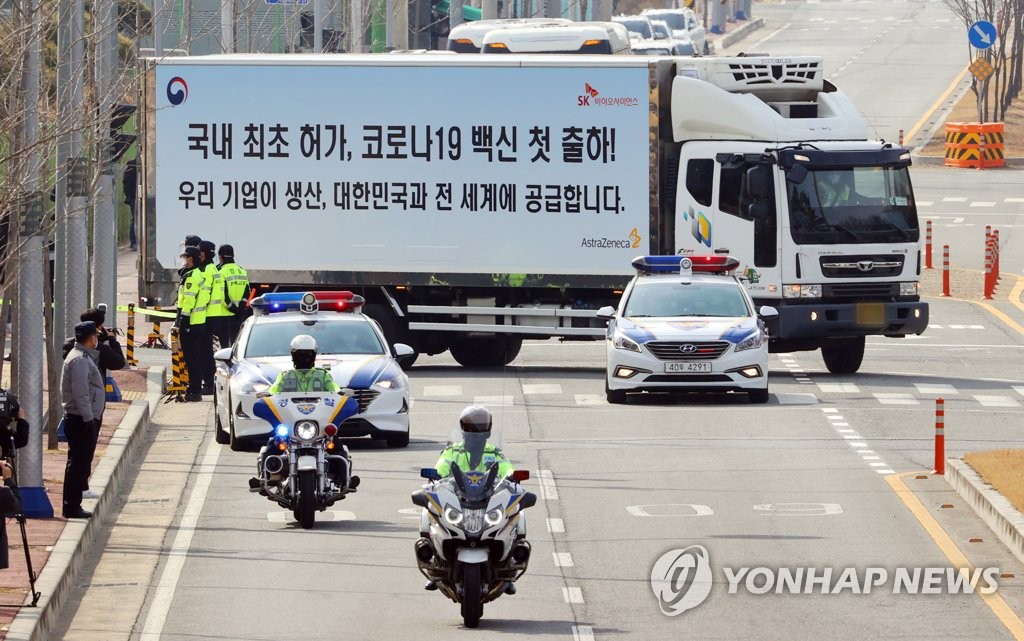 At a ceremony at the SK Bioscience plant celebrating the first shipments, Prime Minister Chung Sye-kyun pledged to achieve success in the government's vaccination program "to recover the precious everyday life of the people stolen by COVID-19 as soon as possible."

"We hope the vaccines loaded on the trucks become the seeds that would blossom the spring of hope," Chung added.

Chung also tried to dispel concerns over the safety of coronavirus vaccines, stressing that the issue of vaccines should be approached through the realm of science and that misinformation should not be distributed.

Earlier in the day, the prime minister stated during a daily interagency meeting on the coronavirus response that the shipments mark the beginning of the country's long-awaited return to everyday life prior to the pandemic. 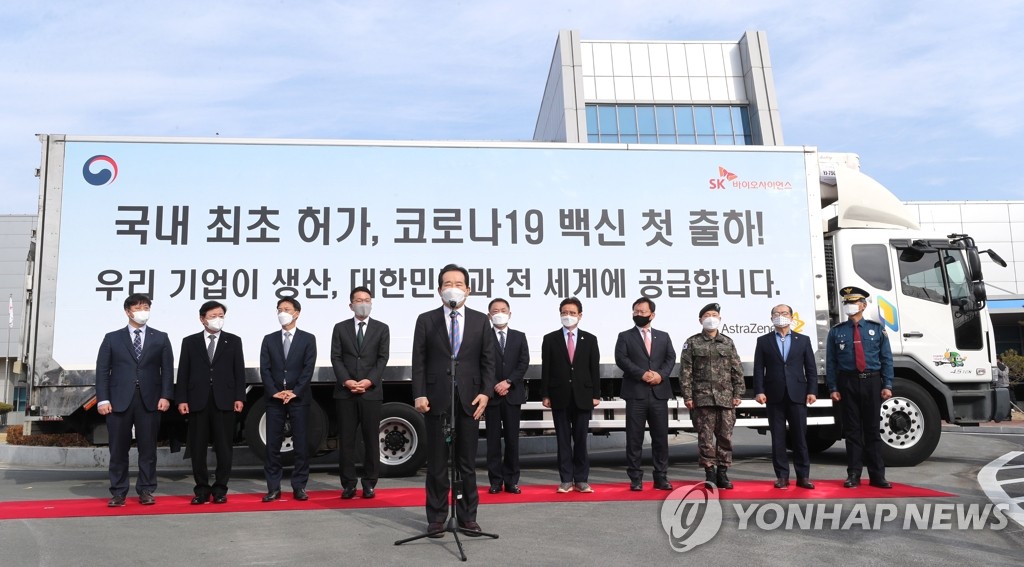 Chung also stated that the government was in the process of thoroughly preparing for each and every step of the vaccination program, including procurement, logistics, retail and administration, in order for the public to be inoculated safely.

The AstraZeneca vaccine is deemed more convenient for mass inoculations as its storage temperature is 2 to 8 C, compared with the vaccine by Pfizer that requires ultra-cold chain storage.

According to health authorities, a total of 289,271 people, or 93.6 percent of the patients and people working at facilities including sanatoriums, nursing facilities and rehabilitation facilities, said they will receive the first shot of AstraZeneca's two full-dose regimen. 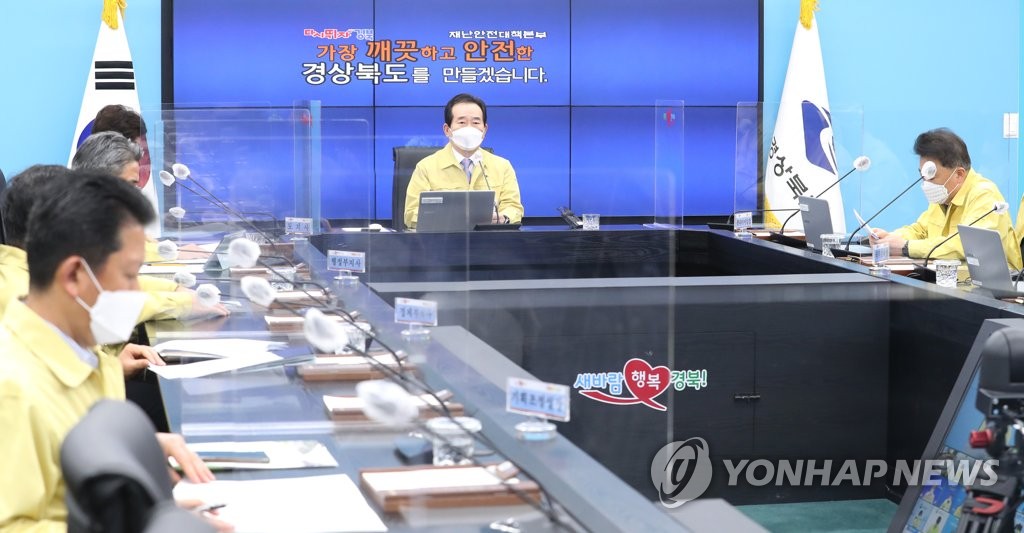