SEOUL, Feb. 24 (Yonhap) -- South Korea has approved a male citizen's request to substitute his mandatory military service for other public service due to his personal beliefs, marking the first such case other than those citing religious reasons, the military manpower agency said Wednesday.

By law, all able-bodied South Korean men must carry out military service for about two years. But the National Assembly passed a bill in 2019 allowing those who refuse to take up arms for religious or other personal beliefs to do other forms of service without punishment.

During a review committee session last month, the Military Manpower Administration (MMA) allowed the alternative service for Oh Soo-hwan, 30, who has refused his active-duty military service citing his personal beliefs of nonviolence and pacifism.

"Oh submitted an application last year. Our committee judged that his refusal is according to his true conscience," a MMA official said.

So far, 942 conscientious objectors gained the state approval for the alternative service, and all of them were believers of a religious sect, Jehovah's Witnesses. The first group began their alternative service last year at local correctional facilities for 36 months, according to the agency. 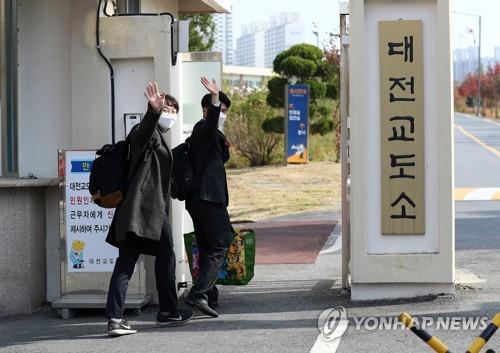