SEOUL, Feb. 24 (Yonhap) -- South Korea's ICT ministry said Wednesday it made over 15,000 new public Wi-Fi service zones available across the country and in buses last year, bringing the total locations with free public Wi-Fi to over 57,000.

The Ministry of Science and ICT said the public can access free Wi-Fi in 28,132 public locations, such as bus stations, public facilities and parks, and also in 29,100 buses. 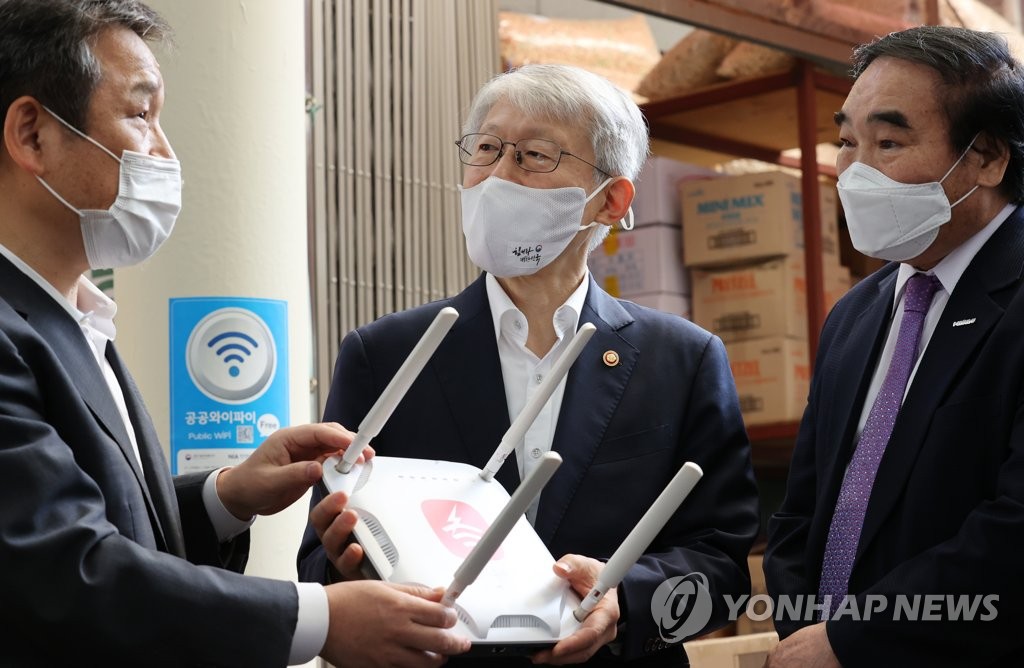 By region, there are 2,529 public Wi-Fi locations in Seoul, with 4,358 locations in the surrounding Gyeonggi Province, according to the ICT ministry.

South Korea has recently boosted efforts to expand public Wi-Fi zones that had previously been limited to indoor facilities, such as community centers and traditional markets.

The ministry has also replaced 18,000 aging routers with the latest Wi-Fi 6 equipment, resulting in speeds that are three times faster on average.

The ministry said it plans to establish 15,000 additional public Wi-Fi zones this year.