The four-piece act recently received a personal letter from British Prime Minister Boris Johnson, in which he invited them to serve as advocates for COP 26, or the 26th United Nations Climate Change Conference, according to YG Entertainment.

"Your recent video 'Climate Action in Your Area #COP26' was a huge success, being viewed over 10 million times across social media platforms. Climate change is the most important issue of our time... it is fantastic that you have chosen this moment to lend your voices to this critical issue," Johnson said in the letter.

BLACKPINK said it understood the importance of the issue, urging fans to join the initiative.

"The first step is to educate ourselves about climate change. We need to know what's happening, because it affects all of us. We want to learn more, and we hope our fans do too," the act was quoted as saying in a recent event held at the British ambassador's residence in Seoul.

In December BLACKPINK appeared in a video promoting the 2021 United Nations Climate Change Conference, which is scheduled to take place in Glasgow, Scotland, this November under Britain's presidency.

The quartet is considered one of the most influential musicians on social media, boasting some 57.7 million subscribers for its YouTube channel, the second most after American pop star Justin Bieber. 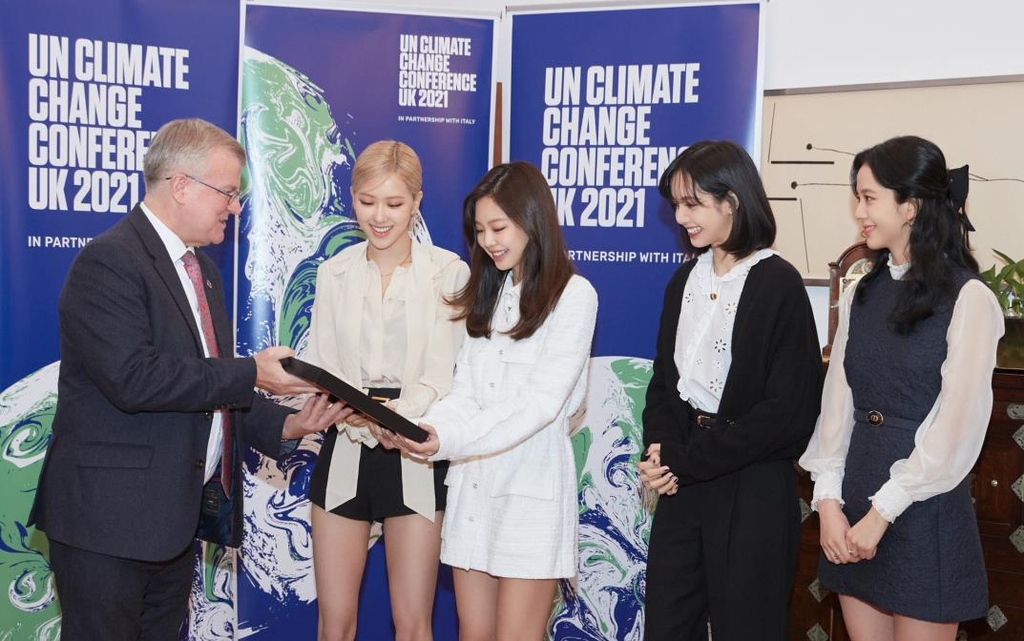