A Marine officer in the southeastern city of Pohang was confirmed to have contracted COVID-19 in a virus test conducted after a vacation in Seoul, according to the ministry.

The other Marine tested positive prior to newly joining a unit in Gimpo, west of Seoul.

In Sejong, some 120 kilometers south of the capital, a soldier was found infected after a virus case was reported at his base.

The ministry also said some 130 people who underwent virus tests following an infection reported at the Joint Chiefs of Staff have mostly tested negative so far.

The total number of infections reported among the military population stood at 583. 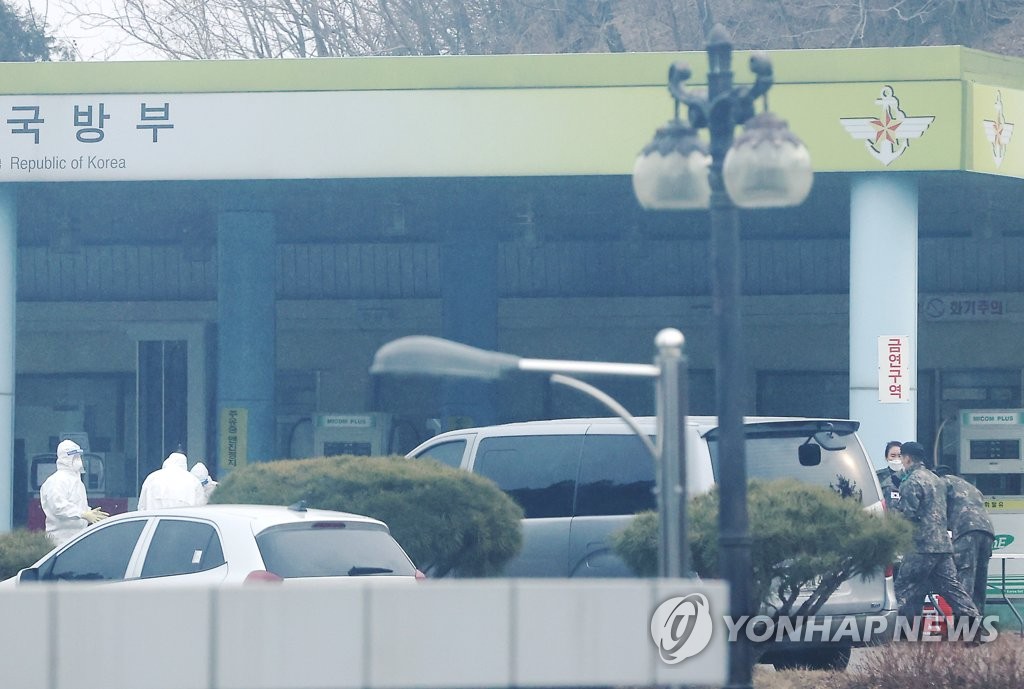