SEOUL, March 3 (Yonhap) -- Shin Kyung-sook, the author of the Korean bestseller "Please Look After Mom," said Wednesday she will continue to "write on" in her first public appearance in six years after a plagiarism scandal.

"I will write on with new pieces while carrying the heavy burden of my past faults and negligence on my back," Shin said in an online press conference Wednesday. It was held in line with the publication of her new novel whose title roughly translates to "I had gone to my father."

The media event marked her first public appearance since 2015, when she was accused of copying passages from the Korean translation of "Patriotism" (1961) by the late Japanese writer Yukio Mishima in one of her short stories.

Shin initially denied the claims, but her publisher Changbi issued a letter of apology under the name of its head, admitting to the plagiarism in her short story collection, "Legend."

The veteran author, who went out of the public eye following the incident, issued a written statement on the accusation in 2019 as she released the novella with the Korean title translated as "The river doesn't know what is carried in the boat." 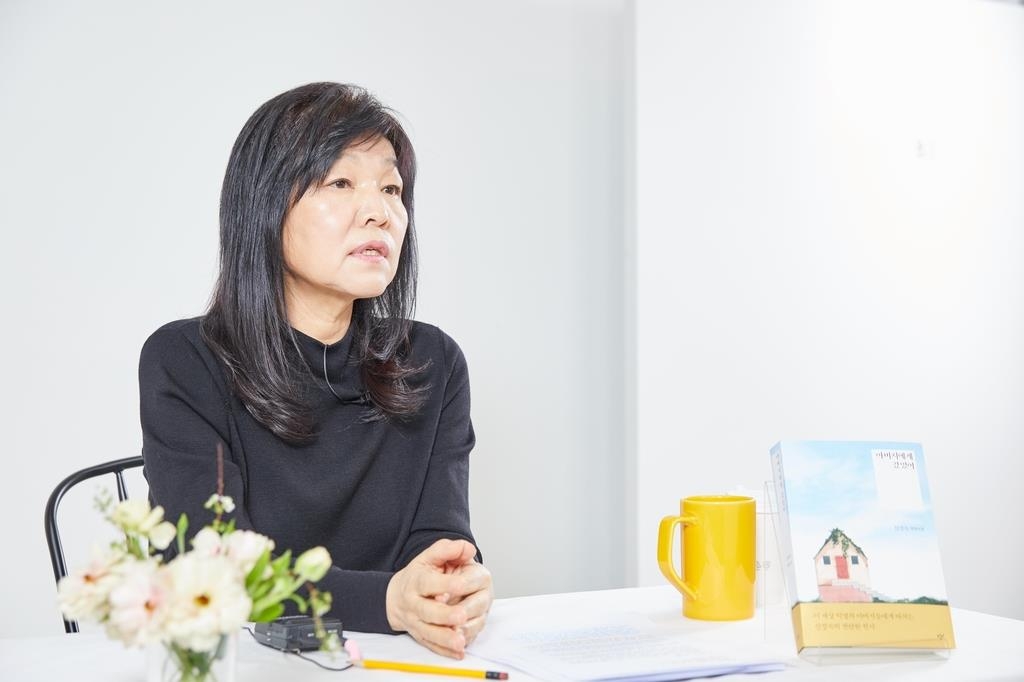 Denying claims that she intentionally copied the passages, she said she felt like "standing in front of a cliff and that her heart was torn" when she thought about her readers.

"I thought everyday how I could convey my heart," the novelist said. "I felt I write because I can't express all my heart's words. I will make up for the disappointment readers felt by continuing to write."

Looking back over the past six years, Shin said it was a time that became a "stepping stone" for her to move on.

"I was alone but I was most deeply embedded in literature and I diligently found and read new pieces by new authors to not let go of writing," she said. "Those times have become a stepping stone for me to move on."

Speaking on her new novel, the novelist defined it as her "tribute to all nameless fathers in this world."

Shin's new novel, her eighth novel and first published novel in 11 years, centers around a father whose life goes through the ups and downs of the country's modern history. After losing his parents at the age of 14 due to an infectious disease, he fights in the war as a teenager and faces democracy movements after moving to Seoul.

At the same time, the man who lived a rough life is also a father who beams and looks back at life with gratitude when he sees pictures of his children wearing graduation caps.

Saying that her new novel includes everything she wanted to say, Shin stressed that writing is something that will continue to drive her life.

"Literature is like an alibi of my life; it's not something that I can (choose) to do or not do," she said, adding that she wants to be remembered as a person who writes.

The writer, who had planned to write about a person who becomes blind one day, said writing the novel prompted her to want to instead write about a laborer and the issue of death.