SEOUL, March 8 (Yonhap) -- K-pop sensation BTS, which earned a nomination from this year's Grammy Awards, is set to perform at music's biggest night in the United States next week, the event's organizers have said.

The Recording Academy on Sunday (U.S. time) announced the full performers lineup for the 63rd Grammys. BTS is among 22 listed musicians, including Dua Lipa, Roddy Ricch, Taylor Swift, Cardi B, Billie Eilish, Megan Thee Stallion and Post Malone, that will perform at the event this coming Sunday. 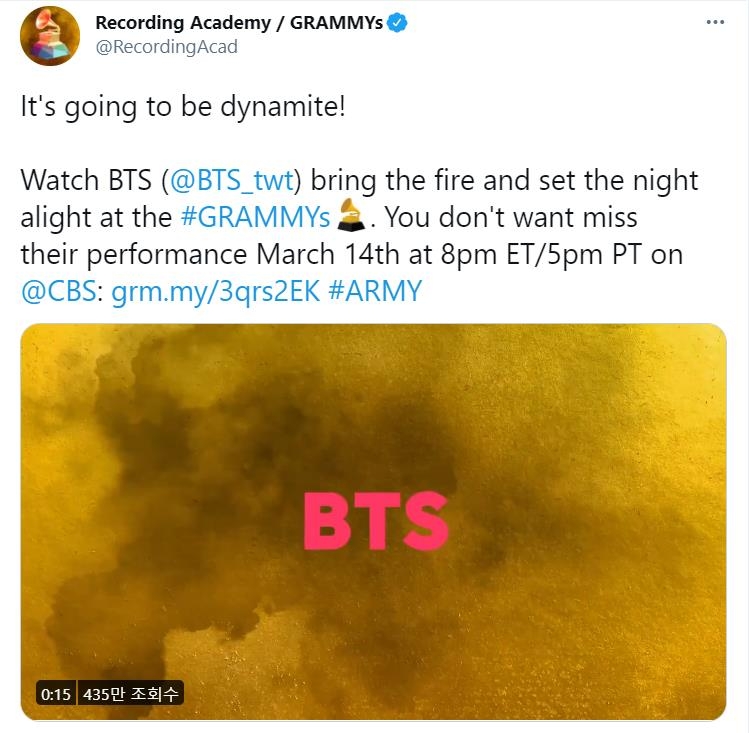 It is the first time that a South Korean artist will perform at the Grammys as a nominee.

BTS is nominated for Best Pop Duo/Group Performance at the Grammy Awards in the first nod to an all-Korean pop music act.

"It's going to be dynamite! Watch BTS bring the fire set the night alight at the Grammys," the Recording Academy said in its Twitter posting, citing the lyrics of BTS' hit song "Dynamite."

In 2019, the septet made their first Grammys appearance as presenters at the show and joined American rapper Lil Nas X to perform his record hit "Old Town Road," with lines from the remix "Seoul Town Road."

Over the past two years, the group has emerged as one of the world's most popular boy bands since its debut in 2013 and earned a nod from the Grammys, one of the most coveted music awards in the U.S.

Last year, its first English-language song "Dynamite" debuted at No. 1 on Billboard's Hot 100, becoming the first song by any Korean artist to top the U.S. weekly singles chart.

Members of BTS have said they are dreaming of performing as a stand-alone act and winning a prize at the Grammy Awards.

This year's Grammy Awards ceremony will be held this coming Sunday, but the exact format of the show is not yet determined. 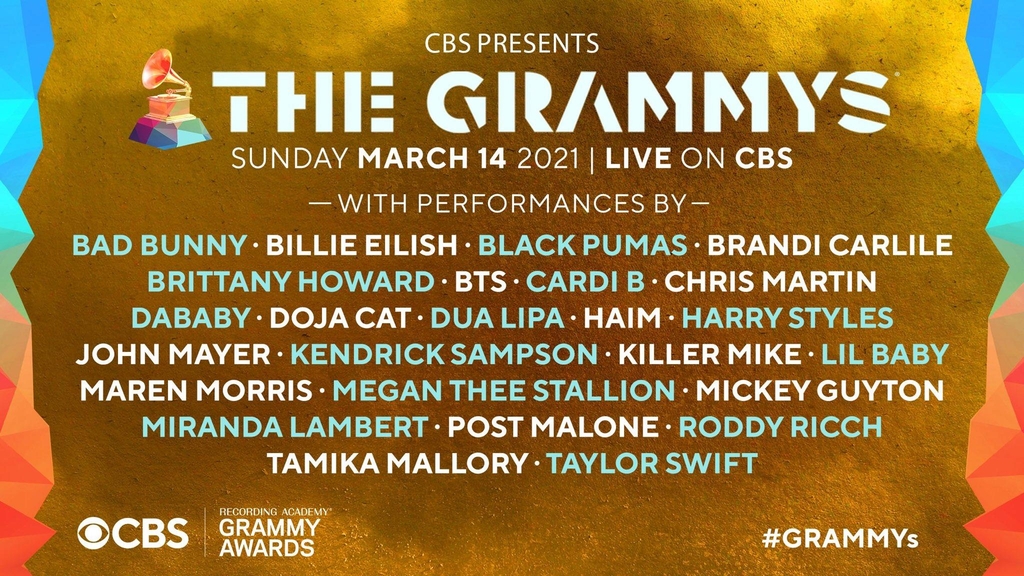