SEOUL, March 19 (Yonhap) -- Big Hit Entertainment, the K-pop powerhouse behind global sensation BTS, on Friday unveiled a plan to change its name to Hybe and ambitions to become what it called an "entertainment lifestyle platform."

"What we think of as variation of music is that of the indefinite realm and I think the name Big Hit Entertainment cannot fully capture this concept," Big Hit founder and chief executive Bang Si-hyuk said in an online session explaining the transition.

"I thought we needed a new company name that could encompass all the business realms that we carry out, and be a symbol for our connecting and expanding structure," Bang said, adding that the name Hybe symbolizes connection, expansion and relationships. 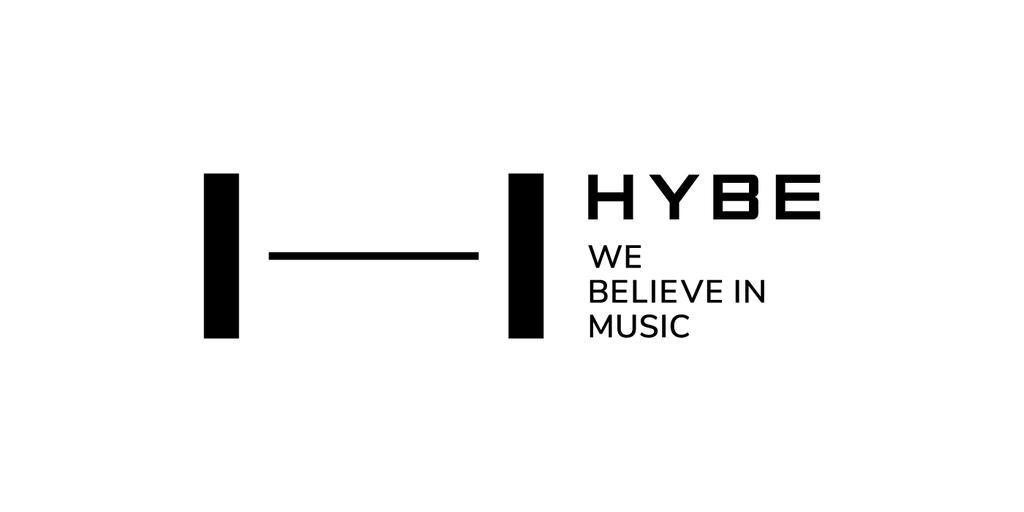 In line with the name change, which is set for shareholders' approval later this month, Bang made public a new organizational structure for the company. The new chart shows the company's various affiliates divided into three big areas of label, solution and platform businesses.

Its label business, which encompasses smaller labels the company has acquired over the past years, include Big Hit Music, Belift Lab, Source Music, Pledis Entertainment, Koz Entertainment as well as Hybe Labels Japan.

The solution and platform sectors, meanwhile, include those that derive from the label business and largely from the fandom of its artists such as intellectual property, merchandising and fan community platform Weverse. 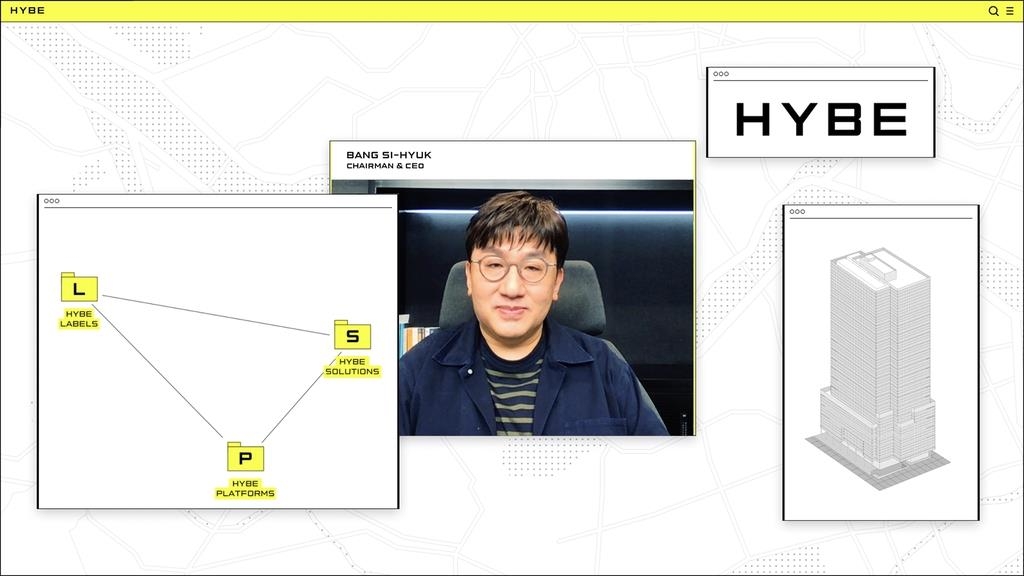 Bang stressed that the company will continue to keep the name Big Hit for its label business and that music will remain a "core philosophy" of the company. Big Hit has been using its current name since its launch in 2005.

The name Big Hit will continue to represent artists like BTS and Tomorrow X Together, while the umbrella label system will put priority on securing and reinforcing the creativity and independence of artists managed by each label, according to Bang.

Going forward, Bang said the company aims to become an "entertainment lifestyle platform" that can change and connect people through music.

Noting how music has the power to "move people's hearts, make a positive impact and change people's lives together," the K-pop guru said Hybe's "ultimate goal" will be to enable personal growth and connections among people to form healthy relationships. 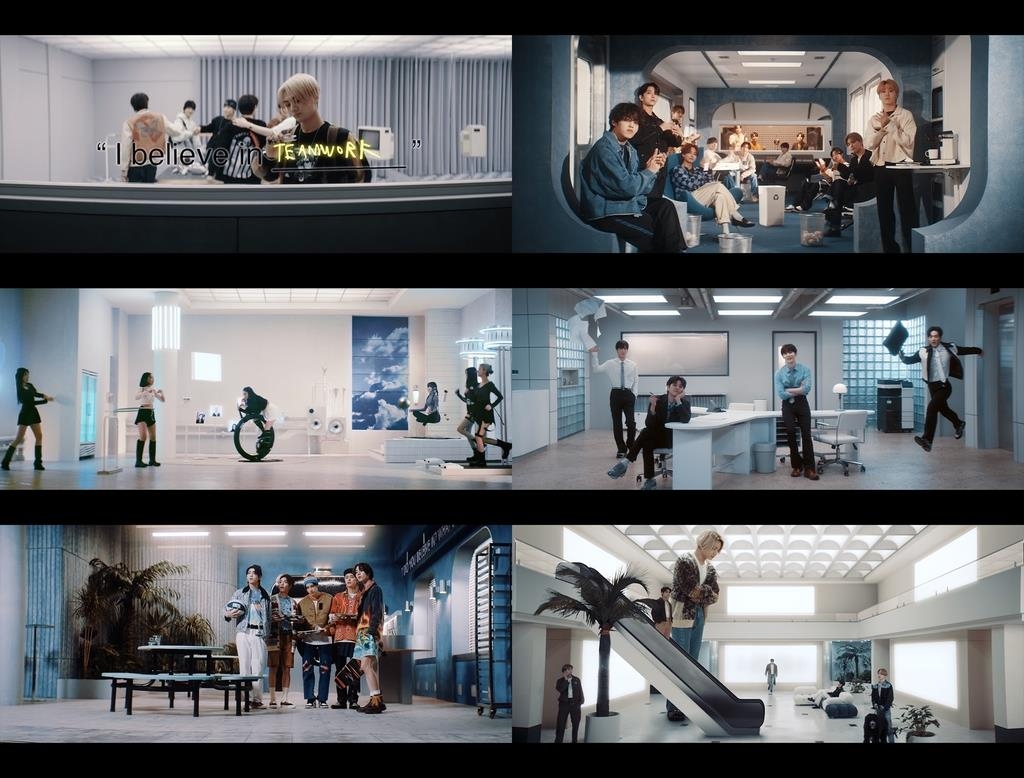 Toward the end of the session, Min took viewers on a virtual walk through the company's new headquarters in Yongsan, Seoul. The lower six floors of the building will be used as studios and other spaces to create music and content, she said.

Big Hit, once a small rookie in the K-pop industry, has emerged as its biggest power player thanks to the phenomenal success of seven-piece act BTS.

After going public on the country's main bourse KOSPI in October, the company has inked a string of partnerships with industry giants like Naver, the country's biggest portal operator, and Universal Music Group, as well as K-pop rival YG Entertainment. 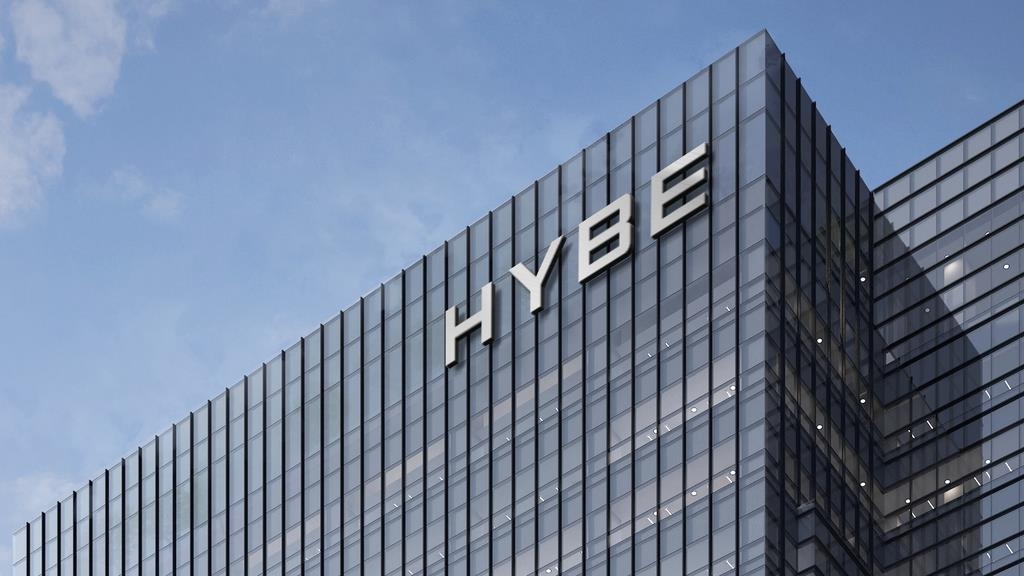