WASHINGTON, March 19 (Yonhap) -- President Joe Biden strongly denounced violence against Asian Americans on Friday, saying too many of them have been forced to worry about their very safety amid a rise in hate crimes targeting Asian American communities in the U.S.

He and Vice President Kamala Harris blamed the former administration for scapegoating Asian Americans for the COVID-19 pandemic.

"They've been attacked, blamed, scapegoated and harassed. They've been verbally assaulted, physically assaulted, killed. Documented incidents of hate against Asian Americans have seen a skyrocketing spike over the last year, let alone the ones that happened, never get reported," the president said in a press conference held in Atlanta following his meeting with Asian American community leaders there. 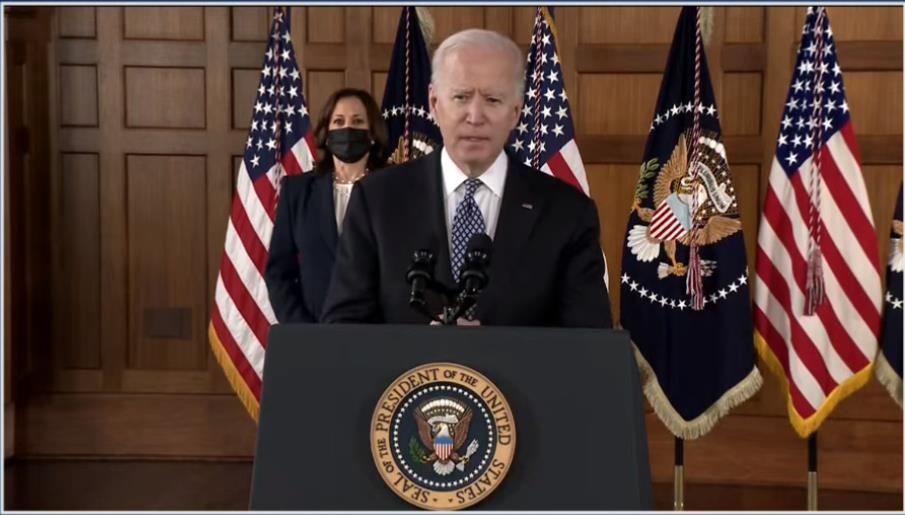 The remarks come after deadly shootings at three day spas in Atlanta and Cherokee County, Georgia, left eight people killed, six of them women of Asian descent. Four of the victims have also been identified as women of Korean descent.

A 21-year-old suspect, identified as Robert Aaron Long, has been arrested and charged with eight counts of murder and one count of aggravated assault.

"For the last year we've had people in positions of Incredible power scapegoating Asian Americans," she told the press conference. "Harm against any one of us is a harm against all of us. The president and I will not be silent."

Former President Donald Trump has often been criticized for what White house spokeswoman Jen Psaki earlier called his "inaccurate" and "unfair" description of the new coronavirus.

Trump had often referred to the new coronavirus as "China virus" or "kung flu."

Biden said while the ongoing investigation has yet to determine the exact motive in the Atalanta shootings, too many Asian Americans have been forced to live in fear.

"Whatever the motivation, we know this -- too many Asian Americans have been walking up and down the streets and worrying, waking up each morning the past year, feeling their safety and the safety of their loved ones are at stake," said Biden.

"Hate can have no safe harbor in America. It must stop."

Earlier in the day, the president issued a statement, urging Congress to swiftly pass the COVID-19 Hate Crimes Act.

"While we do not yet know motive, as I said last week, we condemn in the strongest possible terms the ongoing crisis of gender-based and anti-Asian violence that has long plagued our nation," Biden said in a released statement.

"I urge Congress to swiftly pass the COVID-19 Hate Crimes Act, which would expedite the federal government's response to the rise of hate crimes exacerbated during the pandemic, support state and local governments to improve hate crimes reporting, and ensure that hate crimes information is more accessible to Asian American communities," he added. 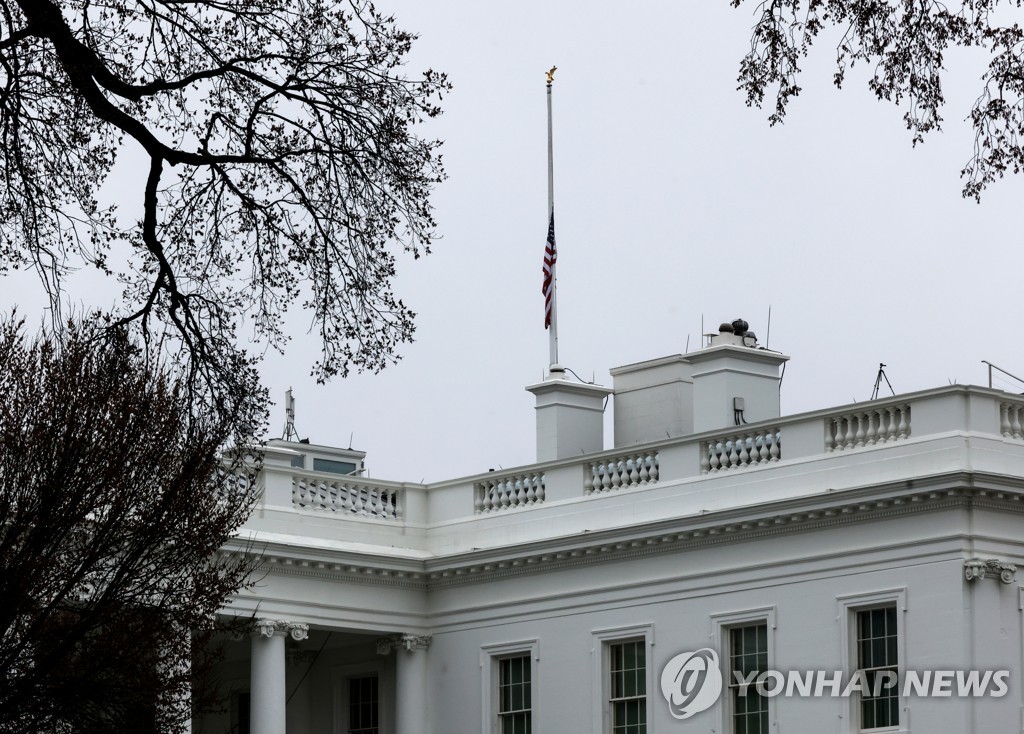 Biden signed a presidential memorandum in his first week in office, condemning racism, xenophobia and violence against Asian Americans and Pacific Islanders.

He was originally scheduled to visit Atlanta on Friday as part of his ongoing tour to promote the recently enacted American Rescue Plan.

The president and Vice President Kamala Harris cancelled the political event to instead hold the meeting with the Asian American leaders in Atlanta.