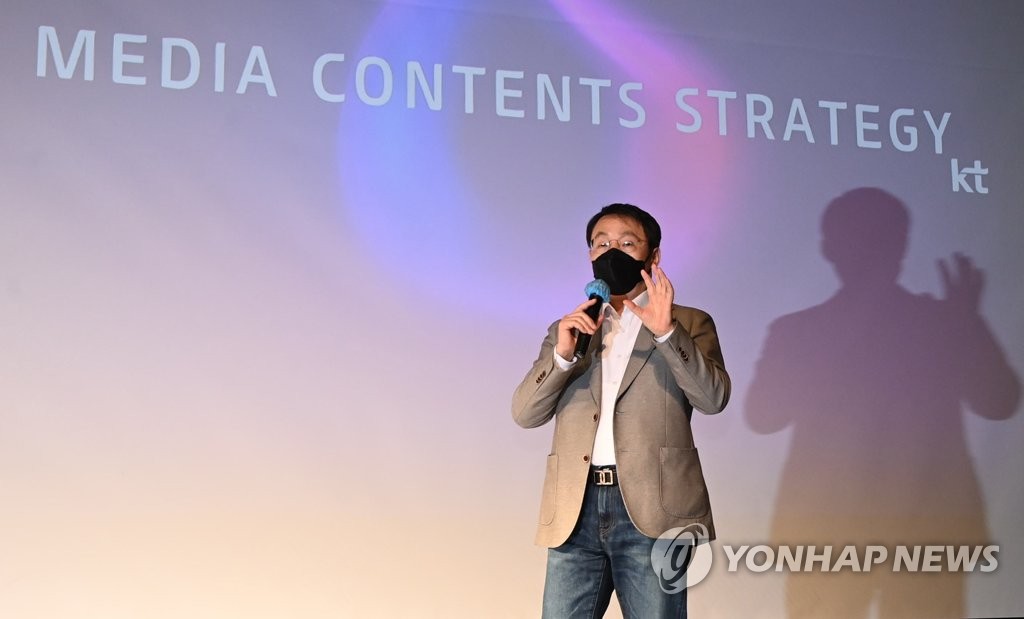 KT added that it has reorganized its media content business structure with new production subsidiary KT Studio Genie at its core, which will create titles based on original content developed by KT's webcomic unit StoryWiz.

The production company will supply the titles to other affiliates under the broader KT Group, which operates a range of media platforms from internet protocol TVs to video streaming service Seezn and holds 13 million paid media subscriptions.

KT also hinted at collaborating with Walt Disney Co., which is set to launch its flagship video streaming service Disney+ in South Korea later this year.

KT's move comes after recent success in its media business, which recorded nearly 3.2 trillion won in revenue last year, growing 15 percent annually on average over the past decade.

Competition has also heated up in the local video streaming market, with focus on original content production.

U.S.-based video streaming giant Netflix Inc. announced early this year that it will spend $500 million this year on Korean films and TV series.

Netflix was the most popular paid video streaming app in South Korea by a wide margin last month with over 10 million monthly active users, followed by local rival Wavve with 3.95 million users and Tving with 2.65 million last month, while KT's Seezn had just 1.69 million, according to data tracker IGAWorks.

Apple TV+, the subscription-based streaming service of tech titan Apple, is also moving into developing Korean-language originals, although it has not yet started its service in South Korea.