Released Thursday, "Godzilla" garnered 285,000 viewers from Friday to Sunday to change the box office leader for the first time in three weeks, according to the data by the Korean Film Council.

The fourth franchise film of Warner Bros' "MonsterVerse" series is effectively the first Hollywood blockbuster that has been newly released in Korea since Disney-Pixar's "Soul" in January.

The Japanese animated film "Demon Slayer: Kimetsu no Yaiba the Movie: Mugen Train" came in next with 87,000 moviegoers, with a total of 1.48 million.

Former No. 1 "Minari," a story about a Korean American immigrant family that earned six Academy Award nominations including best picture, dropped to third place with 64,000 tickets sold for the three-day period. It had maintained the top position for three weeks since its release in the first week of March, with total viewership surpassing 810,000.

Thanks to the popularity of "Godzilla," total movie attendance reached 570,000 this weekend, up from 403,000 weekend ticket sales a week earlier. 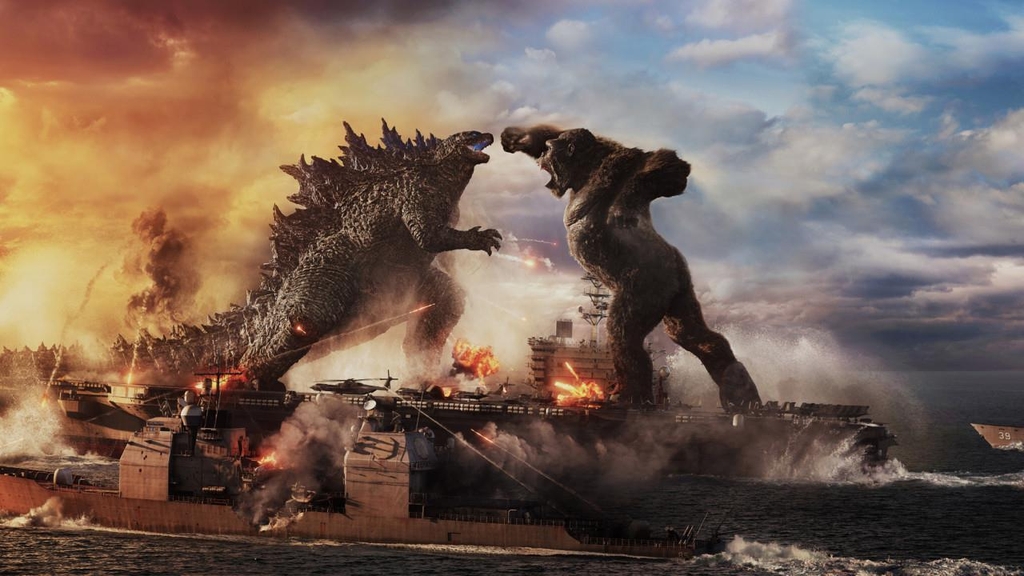