SEOUL, March 29 (Yonhap) -- In his unwavering pursuit of an edge, Lotte Giants' ace Dan Straily decided to add a new pitch to his repertoire in 2021 -- a year after ranking among the Korea Baseball Organization (KBO) leaders in several pitching categories.

Along the way, the right-hander has taken advantage of the technology available at the club. 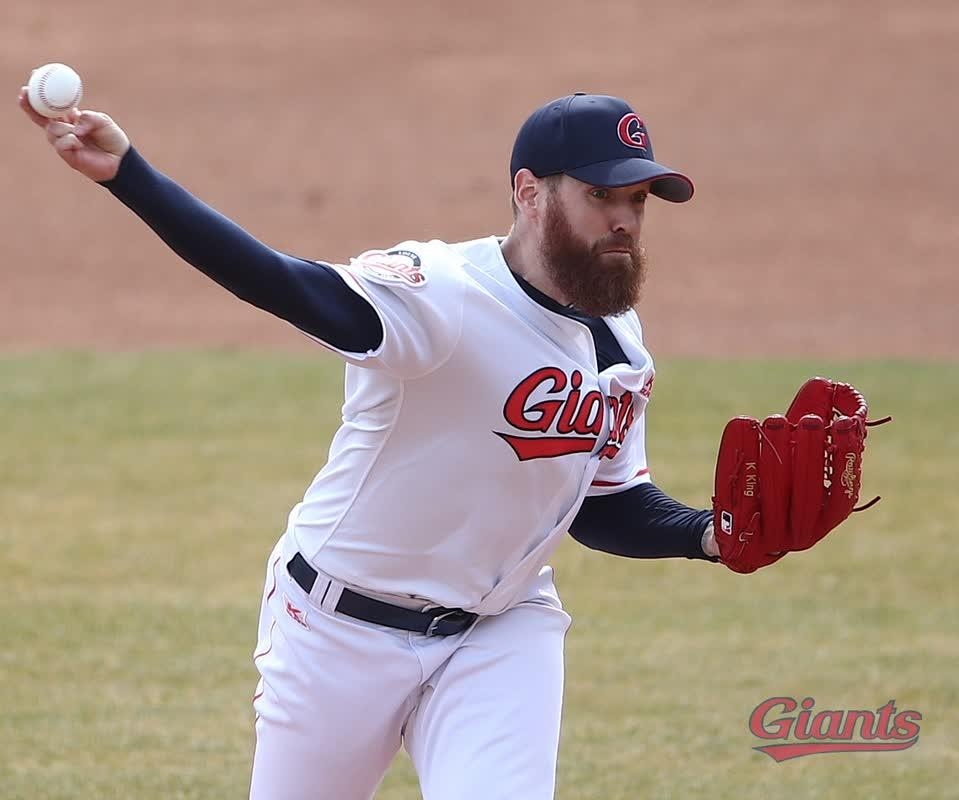 "The R&D staff was able to essentially help me find the grip that my body just is going to naturally adapt to, so that I'm basically just throwing a fastball with a different grip," Straily said of his new pitch. "And it's been really good. It's been way better than we expected it to be. It could be a pitch that I end up leaning on heavily, just based on the characteristics that it's been having this year."

In 2020, the former major leaguer led the KBO with 205 strikeouts and topped all pitchers with a 7.80 wins above replacement (WAR), an advanced statistic that measures players' overall value. Straily also ranked second with a 2.50 ERA and tied for third with 15 wins. Only two pitchers threw more innings than Straily's 194 2/3.

He accomplished all this with a five-pitch mix: fastball, slider, curveball, changeup and sinker, according to the baseball statistics site Statiz. 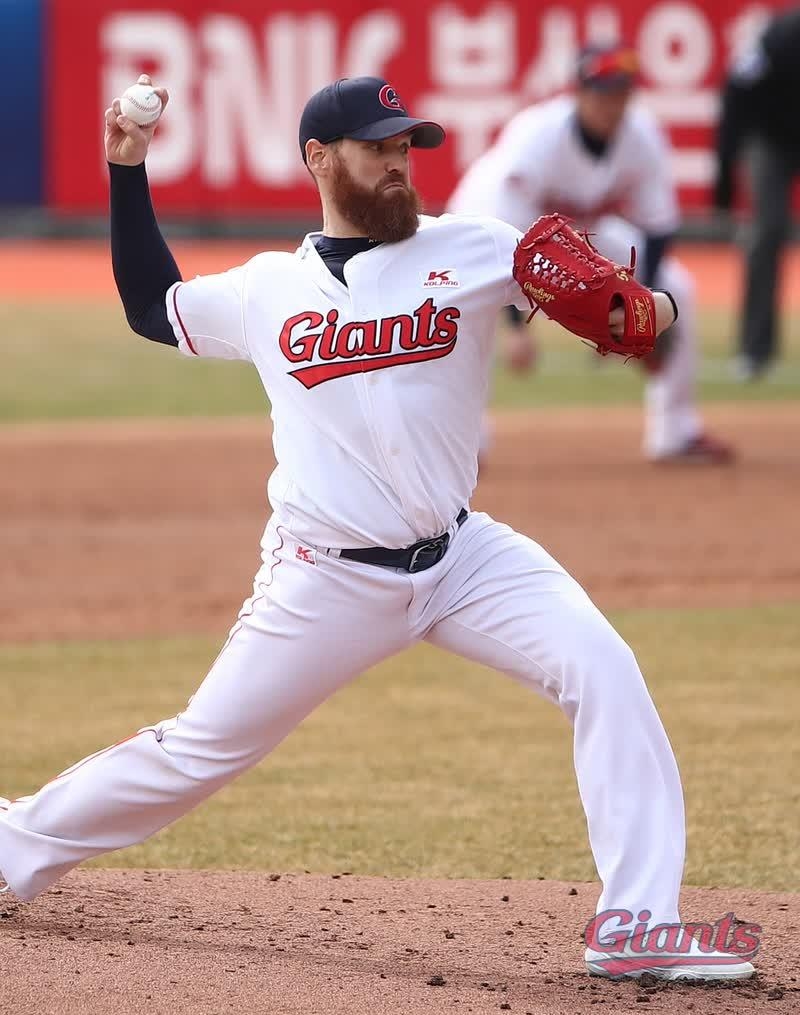 Straily said he had some experience with analytics while pitching in the majors, but the biomechanical approach that the Giants undertook last year was new to him. He noted how it was "really cool" to see that the Giants were adaptable and were willing to go to places that other KBO clubs hadn't gone in their use of analytics.

Old school types may still have reservations about the prevalent use of technology in modern baseball, and the chasm between traditionalists and champions of data-driven revolutions isn't unique to the KBO.

The way Straily sees it, though, there isn't much of a choice when it comes to using data.

"I don't think anyone really gets to accept it or not accept it; it's just where the game is headed," he said. "It's there to help players get better. It's one of those things like, 'Jump on board or be left behind.' The beauty of analytics and video numbers is they're pretty non-biased."

Straily added the scale shouldn't be tilted to one side.

"I believe there needs to be a good mix of coaching, along with the use of technology and analytics," he said. "It's great to know all this stuff, but if you don't have the ability to perform and have an approach, then all of that is for naught. I think that's where the main role of the coach comes in: interpreting what they're reading and what they're using and applying it with the feel side of things." Straily said he's in a great spot, physically and mentally, heading into his second KBO season. That there is much more certainty to the league's schedule has helped, not to mention having his family by his side in Korea.

The new season will begin Saturday, and the schedule was fixed in December. Last year, the start of the season was postponed from March 28 to May 5 because of the coronavirus pandemic. But the KBO only decided 18 days in advance to push back Opening Day, and even then, the initial plan was to start the proceedings in April. It wasn't until April 21 that the KBO settled on May 5 as the new start date.

Straily has received his second straight Opening Day assignment, and the matchup will also be the most-anticipated one on the season's first weekend. The Giants will visit the SSG Landers, the new iteration of the team formerly called SK Wyverns. And the newly named team will feature former major league All-Star Choo Shin-soo, who signed with them in February after 16 years in the bigs.

No pitcher in the KBO faced Choo more than Straily in the majors. And Choo went 4-for-11 with a home run, a double, an RBI, three walks and two strikeouts against Straily between 2013 and 2017.

It certainly won't be the only time that the two ex-major leaguers meet this year -- KBO teams play each other 16 times -- but the first one will be an appointment viewing, pitting one of the KBO's best starters from last year against the most accomplished Korean position player in major league history. 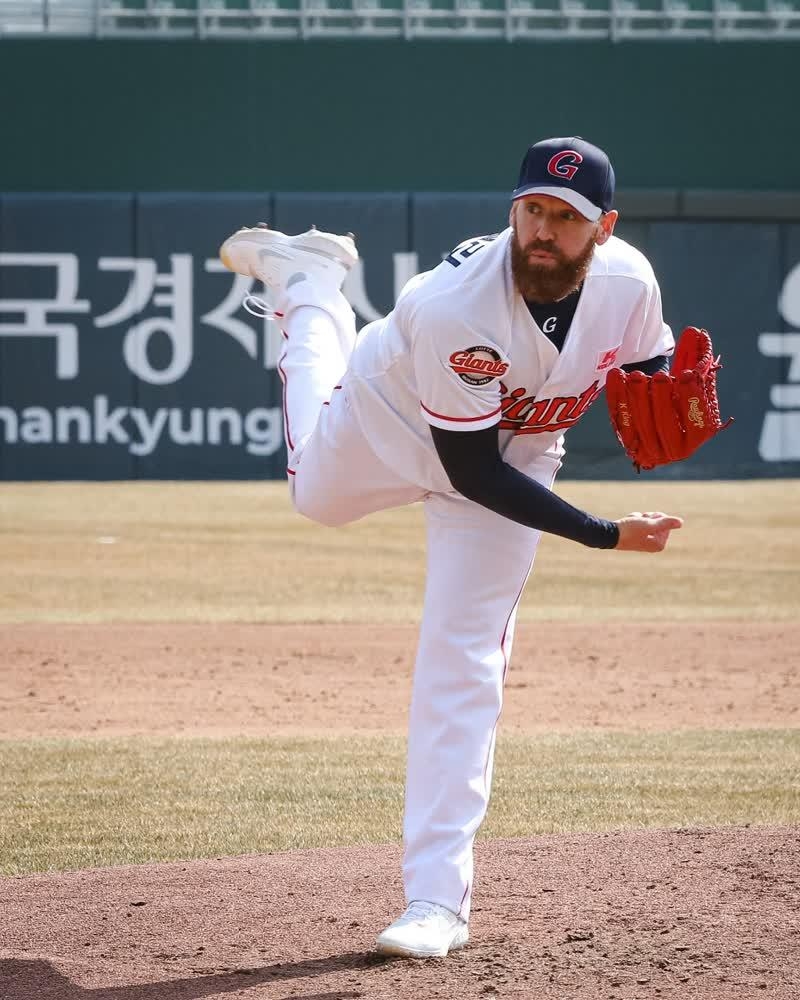 "I am happy for him. He had such an amazing career over in the States and then he gets the chance to come home and play in the KBO," Straily said of Choo, the career leader among all Asian hitters with 218 homers and 782 RBIs. "Obviously, he's been one of the better players ever to come out of this country, and it's an honor to be in this league at the same time as him. But most importantly, I think it's just great to bring so much excitement and energy to the KBO."

In addition to his pitching heroics last year, Straily endeared himself to Giants' teammates and fans with the way he fully assimilated himself into Korean baseball. He made T-shirts bearing images of his teammates, handed out clappers to teammates and coaches to inject more energy, and even set up a gong inside the dugout so the players could strike it after scoring a run or hitting homers.

Asked what he has up his sleeve this year, Straily said: "We got some stuff in the works. It's almost there."

Straily is also running an eponymous YouTube channel. He opened it a few years ago with some personal videos, and he cleaned it up over the weekend so he'd have more videos of his time playing in the KBO. 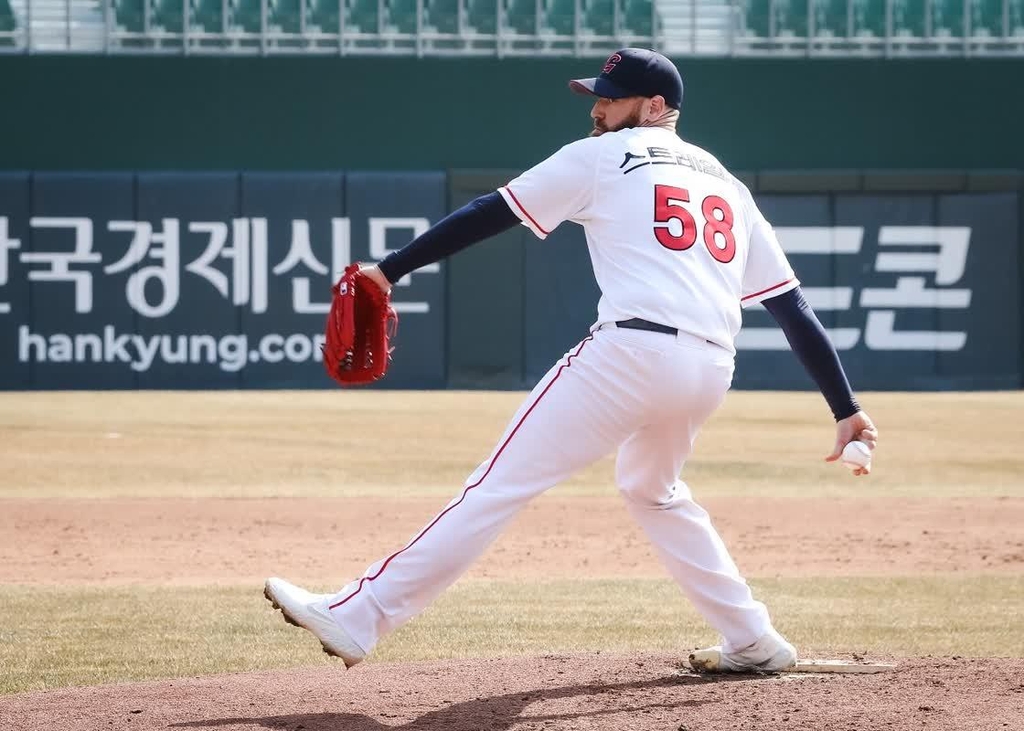 "A lot of it is just a way for my friends and family to really see what life is like over here for me and kind of trying to share that with them," Straily said. "There's a lot of people that are interested in what it's like over here for ball players. I just felt like, 'I don't mind being the one sharing that.' I'm going to be taking pictures and videos for my family anyway, and I might as well just post it on a more public scale where other people get a chance to see the inside."

In conversations with Yonhap throughout last season, Straily talked about wanting to embrace the fun-loving culture of KBO baseball -- hence his hand clappers and gong -- and running his own YouTube channel is an extension of that.

"I'm not trying to take over someone else's job or do anything for somebody else," he said. "I'm just trying to have some fun, and we'll just see where it goes." 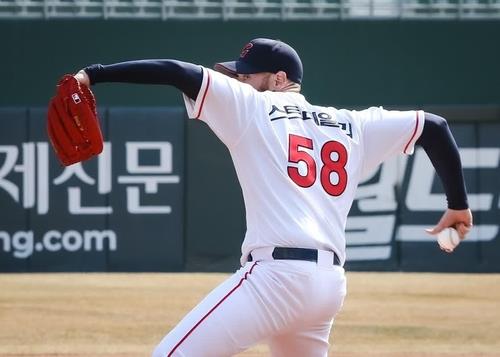