"We feel grief and anger," BTS said in a message posted both in Korean and English on its official Twitter account.

"We send our deepest condolences to those who have lost their loved ones," the band said, apparently referring to the bereaved families of the victims of the Atlanta shootings earlier this month. Eight people, including four women of Korean descent and two women of Chinese descent, were killed in the shootings at three spas in Atlanta, stoking fears about hate crimes against Asian-Americans.

Using the hashtags, #StopAsianHate and #StopAAPIHate, BTS shared their own experiences of racial discrimination and said they will stand together against any such violence.

"We have endured expletives without reason and were mocked for the way we look. We were even asked why Asians spoke in English," according to the Twitter message.

"Our own experiences are inconsequential compared to the events that have occurred over the past few weeks. But these experiences were enough to make us feel powerless and chip away at our self-esteem," it said. 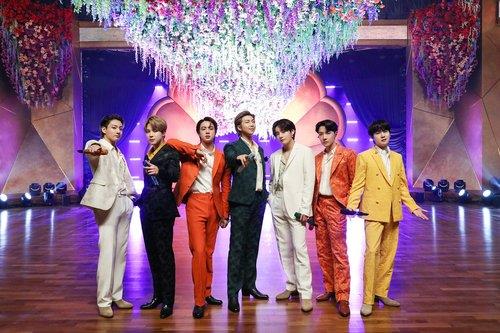 The band went on to say: "What our voice must convey is clear. We stand against racial discrimination. We condemn violence. You, I and we all have the right to be respected. We will stand together."

BTS also noted that it took "considerable time" for them to decide how they should voice the message, saying, "What is happening right now cannot be dissociated from our identity as Asians."

Following suit, BTS' international fans raised over US$1 million in donations for the Black Lives Matter cause. 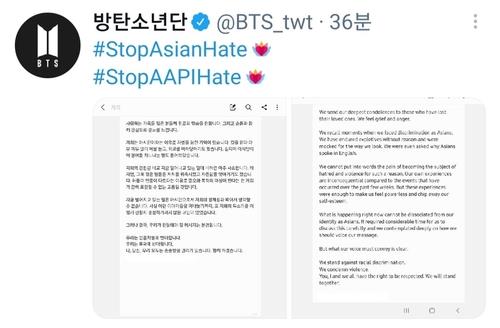