ULSAN, March 30 (Yonhap) -- This year's Ulju Mountain Film Festival (UMFF) will kick off this week for an 11-day run in the southeastern county of Ulju, with 146 movies from 43 countries set to be screened, organizers said Tuesday.

Under the slogan of "My Green Mountain," the sixth edition of South Korea's only mountain-themed film fest runs from Friday through April 11 in Ulju, part of the Ulsan metropolitan city 414 kilometers from Seoul, they said. 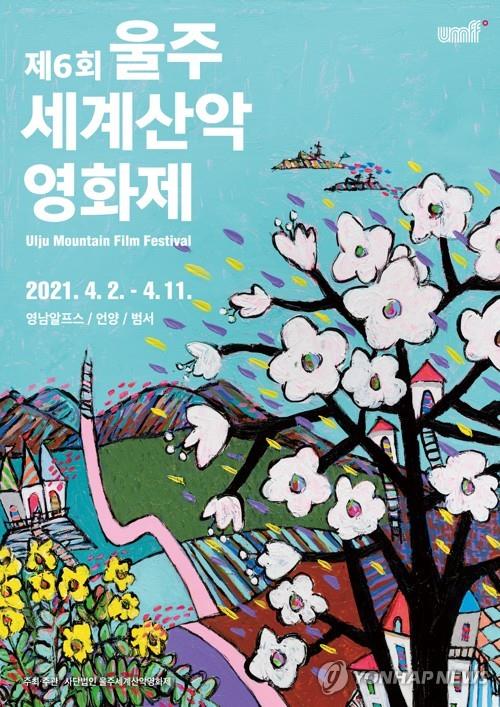 Unlike the previous editions held every fall, the UMFF will take place in spring beginning this year, the organizers said, asking audience members to check the screening schedules of their favorite films at the festival's website (www.umff.kr).

Like last year, the organizers will also operate online and drive-in theaters, dubbed UMFF On Air and Drive-in UMFF, respectively, to cope with fears of COVID-19 transmissions.

In addition, the festival will introduce the so-called Silent Cinema for the first time, an outdoor theater where audience members can enjoy films wearing noise-canceling headphones. 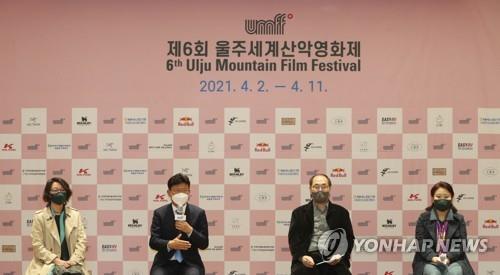 "We have all endured a tough year. It's now time to rise high and embrace the sunshine with open arms. This year's slogan of 'My Green Mountain' expresses the desire to greet the green mountains that will come with spring," UMFF Festival Director Bae Chang-ho said.

The festival will screen 146 films from 43 countries, and 103 of them can also be watched online, the organizers said. 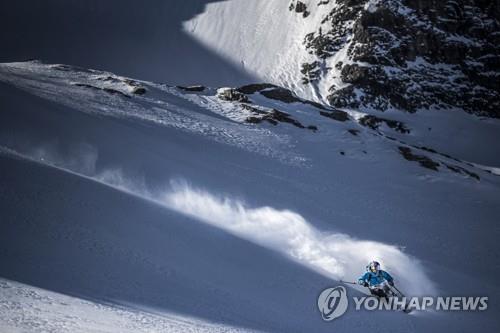 "K2: The Impossible Descent," an Austrian documentary film directed by Slawomir Batyra, will open the festival, the organizers said. It is an inspiring story about the first-ever ski descent from the 8,611-meter-high K2 summit, which was made on July 22, 2018, by Polish ski mountaineer Andrzej Bargiel. The documentary explains the details of the wonderful and complicated undertaking.

The festival will close with "Mavzer," a Turkish film by Fatih Ozcan, which tells the story of a shepherd who loses most of his sheep to a pack of wolves and tries to secure the king of the rifles to better protect himself and his herd, as well as his relationship with other people in the process.

Ten films from seven countries have been selected to compete for the NETPAC award, which is given to the best Asian film on behalf of the Network for the Promotion of Asian Cinema.

The festival will also feature various programs under the themes of "Rockies - Canada," "Prequel: Alps - Switzerland," "Korean Wave," "Will for Freedom," and "Life."

Patrick Hebert, a counselor at the Embassy of Canada to Korea, plans to hold a commentary program at the Alps Cinema 1 on April 3 after the screening of Canadian film "Monkey Beach." 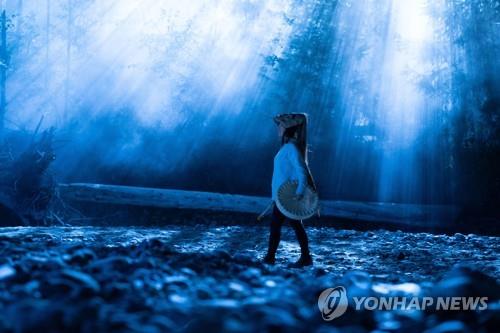 A group of artists renowned in Ulsan will give a performance titled "Song of Spring" twice a day on April 3, 4, 10 and 11.

French mountaineer Catherine Destivelle will receive the Ulju Mountain Culture Awards, which is awarded to those who have made exceptional contributions to the progress of mountain culture, such as nature, environment, climbing films and literature. Destivelle made headlines after becoming the first woman to complete a solo ascent of the Eiger's north face in 1992, with the climb in winter taking 17 hours. 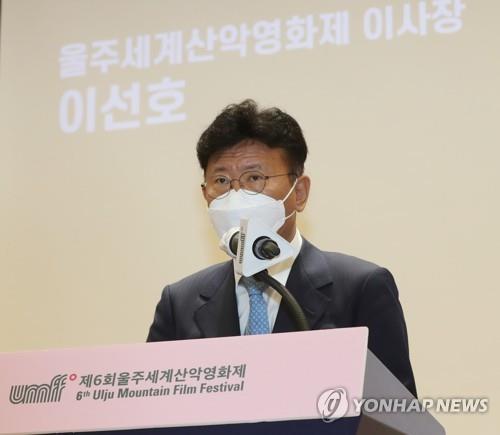 UMFF Chairman Lee Sun-ho said he is convinced that the UMFF will become a role model for international cinema festivals by warmly comforting people's tired bodies and minds particularly in this non-face-to-face era.

"Last year, we successfully held a safe festival based on online and drive-in theaters despite COVID-19, solidifying our status as a leading mountain film festival. Like a mountain retaining its place in the landscape, our festival will not waver in telling stories of people, nature and life," Lee said.

"We are also attempting something new this year by opening 'film festival camping' for film lovers to enjoy films while camping together, and introducing an outdoor theater where audiences can enjoy films wearing noise-canceling headphones," he said.