Recommended #River Where the Moon Rises

SEOUL, April 2 (Yonhap) -- The production studio of KBS' historical romance "River Where the Moon Rises" said Friday that it has filed a claim for damages against the agency of a lead actor who dropped out of the project after being embroiled in a school bullying scandal.

In the lawsuit against KeyEast, Victory Contents said it is seeking 3 billion won (US$2.7 million) in compensation for damage caused by the abrupt exit of actor Jisoo, who took the lead role of General Ondal in the show about the love story of Princess Pyeonggang and Ondal.

The 27 year-old actor, who admitted to and apologized over his wrongdoings during his school years, was replaced with actor Na In-woo from the seventh episode of the 20 billion won project in the second week of March.

"The show's filming was nearly completed when Jisoo's scandal emerged," an official from Victory Contents said. "But we had to change the lead actor and re-shoot all episodes. It cost much."

KeyEast, on the other hand, said it has expressed its will to take responsibility for the damage caused by its artist, and it will do its best to reach an agreement with Victory Contents. 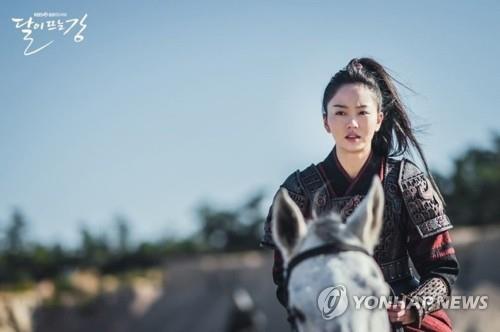