SEOUL, April 3 (Yonhap) -- When 5G networks were first rolled out in South Korea in April 2019, telecom operators claimed that their ultrafast mobile speeds and low latency would usher in a new era for smartphone users and even power future technologies from autonomous vehicles to virtual reality (VR) content to cloud gaming.

Fast forward to 2021, self-driving cars are still a way off and cloud games still work on previous 4G LTE networks.

The next-generation networks have instead faced user disappointment due to slower-than-expected speeds and patchy network connection, leading to underwhelming adoption. 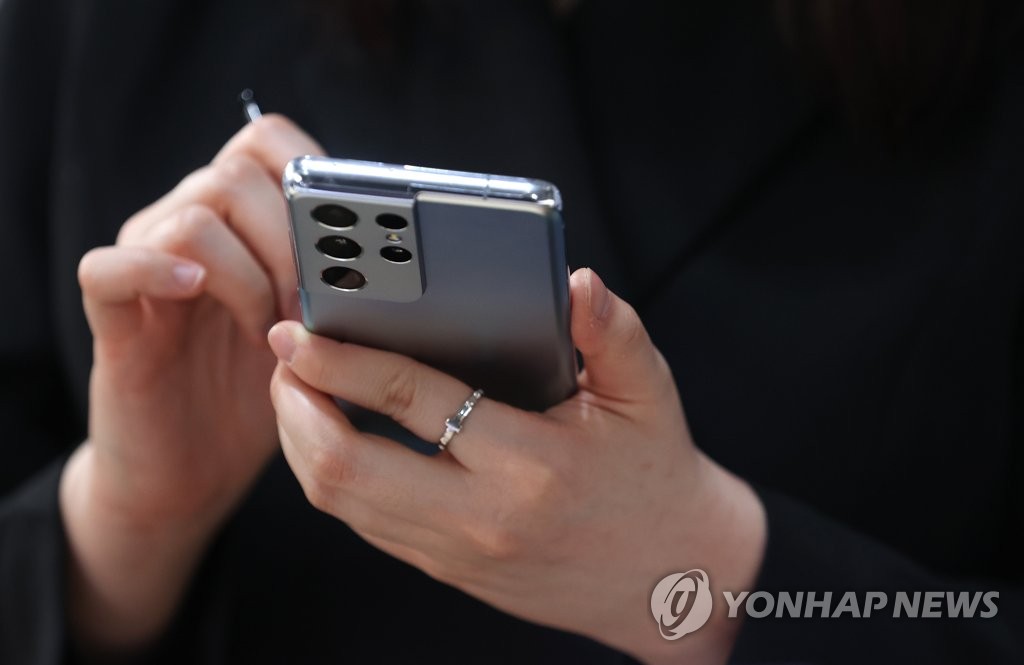 Average download speeds on 5G were around four times faster than 4G LTE, according to a government report last year, compared with initial promises of being up to 20 times faster.

As of February, 19 percent of the country's 71 million mobile subscriptions were on the latest generation networks, compared with the 73 percent using 4G.

User migration from 3G networks to 4G LTE was relatively faster, with LTE users accounting for 44 percent of total mobile users in July 2013, two years after the network's launch, according to ICT ministry data.

While the government touts that telecom operators have installed 5G base stations three times faster than initial targets, with 170,000 as of February, the figure pales compared to the over 970,000 4G base stations across the country.

South Korea aims for nationwide 5G coverage by next year, with the network currently available in major cities.

Experts point out that 5G has drawn weaker-than-expected market response as it does not improve user experience as much as 4G LTE did 10 years ago.

"When users switched over to LTE from 3G, they had access to new services like video calls that were previously limited due to data speeds," Kim Jong-ki, a research fellow at the Korea Institute for Industrial Economics & Trade, said. "Aside from certain areas, current 5G speeds aren't noticeably faster."

Around 10,000 people have expressed intent to join the collective action, which argues that costlier plans on 5G do not offer improved experience compared with 4G LTE, according to attorney Kim Jin-wook from the law firm Joowon. Cho Eun-young, who is taking part in the lawsuit, said that her phone was always using the 4G network despite being on a 5G plan.

"My phone couldn't find 5G and would use 4G LTE even when it was on 5G priority mode," said Cho, who uses a Galaxy S20 smartphone from Samsung Electronics Co. "I live near Seoul, imagine what it'd be like for 5G users who live outside the capital region."

Mobile carriers argue that the technology is still at an early stage.

"5G networks are still being deployed and under development," said a telecom industry official, adding that the country leads the world in terms of 5G rollout.

South Korea was ranked as the top global 5G market out of 22 countries in terms of 5G deployment progress, network coverage, spectrum availability and regulatory ecosystem, according to a report last October from market researcher Omdia.

The government has acknowledged the shortcomings of the country's 5G deployment.

"5G services aren't being offered at an acceptable level for the public," Cho Kyeong-sik, the second vice minister of science and ICT, said at a meeting Friday. "Its use in business applications has also fallen short of expectations."

"There are many issues to address, such as developing wide-ranging devices, the availability of the 28GHz band, improving user experience in service and data plans," Kim Dong-ku, a professor of electrical engineering at Yonsei University, said at the meeting.

"If such issues aren't resolved, the economic effect from 5G commercialization is expected to decrease."

It has also yet to commercialize standalone 5G, which does not require support from 4G LTE and improves latency.