Fans from countries like the United States, Japan and Italy joined the online concert "Beyond Live - SHINEE: SHINee World" streamed worldwide via Naver V Live on Sunday, according to SM Entertainment.

Hashtags like #SHINee and #SHINee_BeyondLive were top trending keywords among Twitter users in countries like Colombia, Canada and New Zealand during the concert, the agency added. 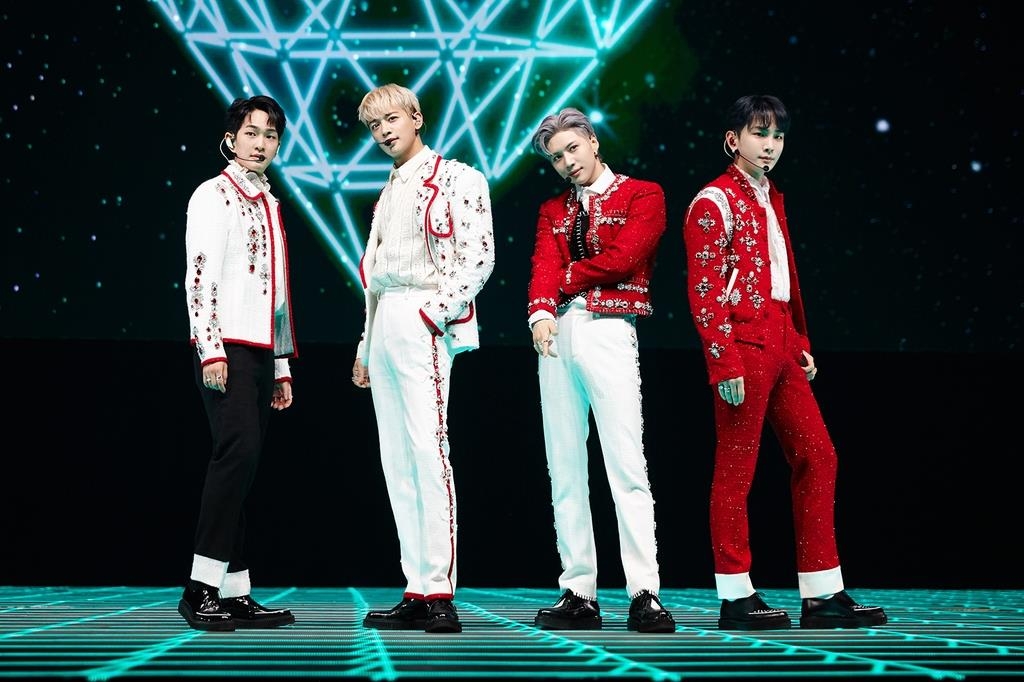 The band performed some of its latest releases like "Don't Call Me" and "Kiss Kiss" as well as previous hits like "View," "Sherlock" and "Love Like Oxygen" in its first solo concert in three years. It also premiered "Atlantis," the title track for its upcoming repackaged album.

Like many online concerts held amid the pandemic, the concert involved visual technology like augmented reality for fans watching from around the world.

While the K-pop act could not meet in person with its fans, band members appeared satisfied with the Sunday gig.

"We're thankful for this kind of technology. It's great if it helped quench your thirst for (concerts)," the group said near the end of the concert, promising to hold more sessions with fans going forward. SHINee released its seventh full album "Don't Call Me" in February after members Onew, Key and Minho were discharged from mandatory military service last year. The act's youngest member Taemin has not enlisted yet but has remained active by releasing solo material and taking part in the project boy band Super M. 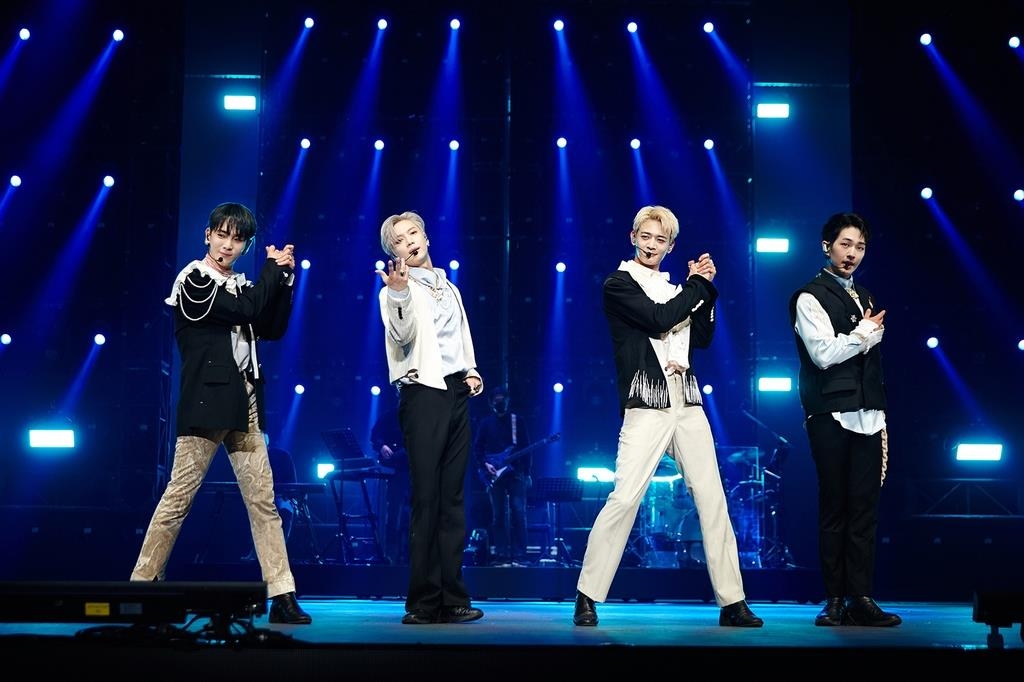