SEOUL, April 8 (Yonhap) -- Daewoo Shipbuilding & Marine Engineering Co. said Thursday that it has opened a center to control the shipbuilding process at its shipyards.

The center at its Okpo shipyard on Geoje Island, 398 kilometers south of Seoul, is made up of two parts -- the smart production management center and smart sea trial center -- Daewoo Shipbuilding said.

The smart production management center will check the locations of blocks being built at the shipyard and will help workers make quick decisions by sharing real-time production information, it said.

The smart sea trial center will allow engineers on shore to determine and solve the problems of ships sailing on sea trials, the shipbuilder said. 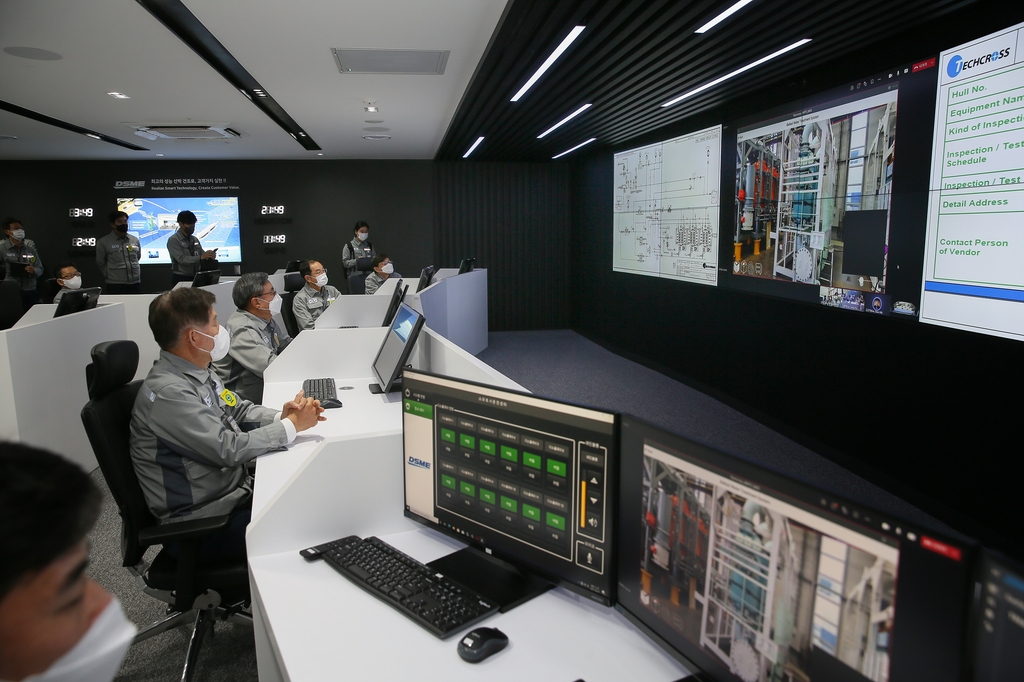