The Seoul government will send the deal, called the Special Measures Agreement (SMA), to the National Assembly for its consent at an early date, the foreign ministry said.

The latest SMA, which will last until 2025, was reached last month after 1 1/2 years of grueling negotiations that raised fears that a prolonged tug of war could undercut the bilateral alliance in the face of lingering North Korean military threats.

Since 1991, Seoul has partially shouldered costs under the SMA for Korean USFK workers; the construction of military installations, such as barracks and training, educational, operational and communications facilities; and other logistical support. 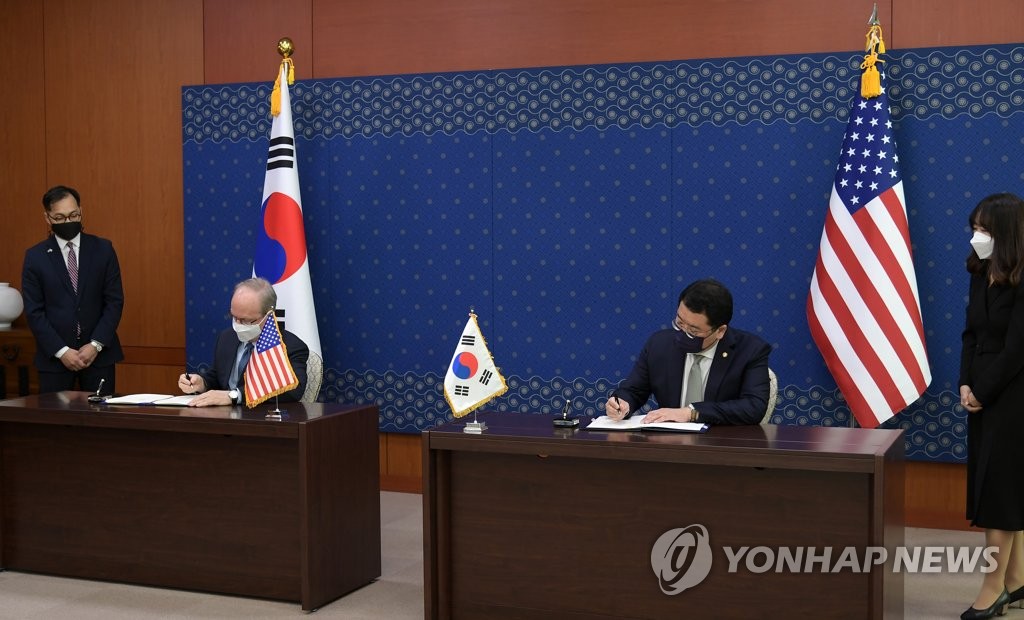