SEOUL, April 8 (Yonhap) -- South Korea lost to China 2-1 in the opening leg of their Olympic women's football qualifying playoffs on Thursday, digging themselves into a hole as they chase the last Asian ticket to the Tokyo Summer Games. 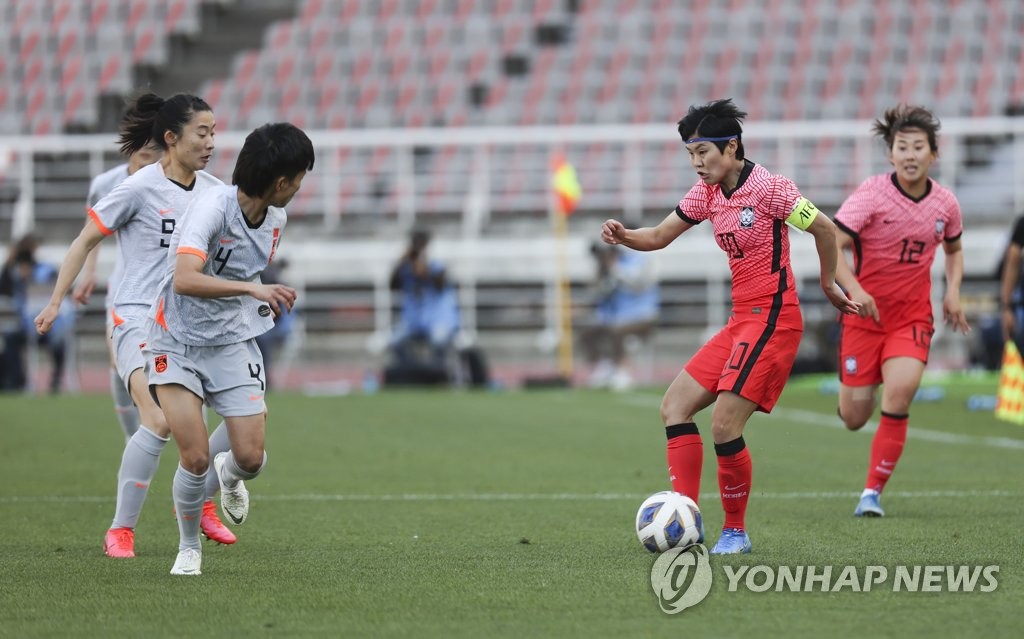 The second leg will be Tuesday at Suzhou Olympic Sports Centre in Suzhou -- at 4 p.m. local time and 5 p.m. in South Korea.

The aggregate score will determine who will compete at the Tokyo Olympics in July. The away goals rule will be in effect, meaning that, in case of a tie in the score, the team with more goals away from home will have the edge.

Women's football made its Olympic debut in 1996, and South Korea, called the Taeguk Ladies, have never competed at the quadrennial event.

The teams ended the hard-fought first half knotted at 1-1.

South Korea survived some nervy moments early before settling down midway through the first half. But a defensive breakdown cost them a goal in the 33rd minute.

After a mad scramble in the box, South Korean turned the ball over in their own zone. Ma Jun sent a diagonal pass toward the box, and Zhang Xin snuck in behind the defense to poke it home for a 1-0 lead. 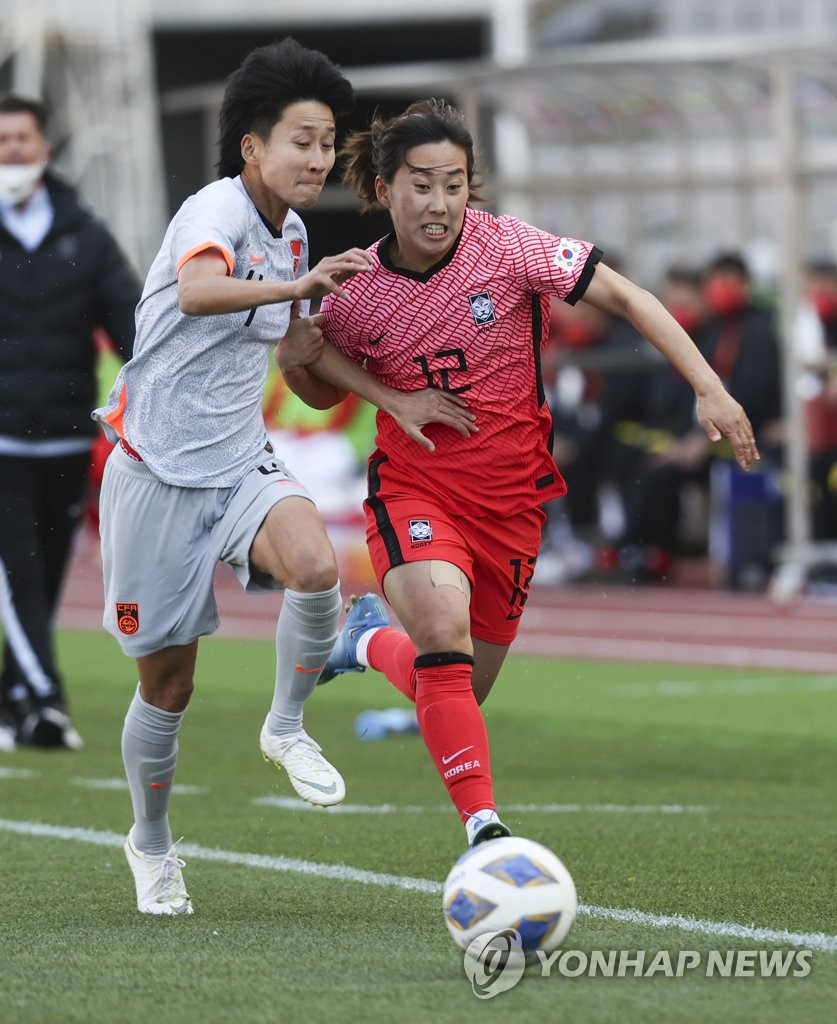 As Korean defender Lim Seon-joo fell to the ground after colliding with Chinese forward Wang Shanshan, fellow defensive back Park Se-ra was momentarily distracted and missed Zhang charging toward the goalmouth.

South Korea tied the score just six minutes later. After some strong defensive work, captain Ji So-yun secured the ball in midfield and sent a through ball to Kang Chae-rim on the right wing. Kang beat Luo Guiping to the ball in the open field and struck it into the far corner to make it 1-1.

South Korea opened the second half with some energy, but their defenders often had to scramble to fend off short, crisp passes from the Chinese attackers.

South Korea had a glorious opportunity to take the lead in the 61st minute, when defender Shim Seo-yeon stole the ball in the Chinese zone and sent a perfect cross for Kang, whose deft volley went just wide of the net. 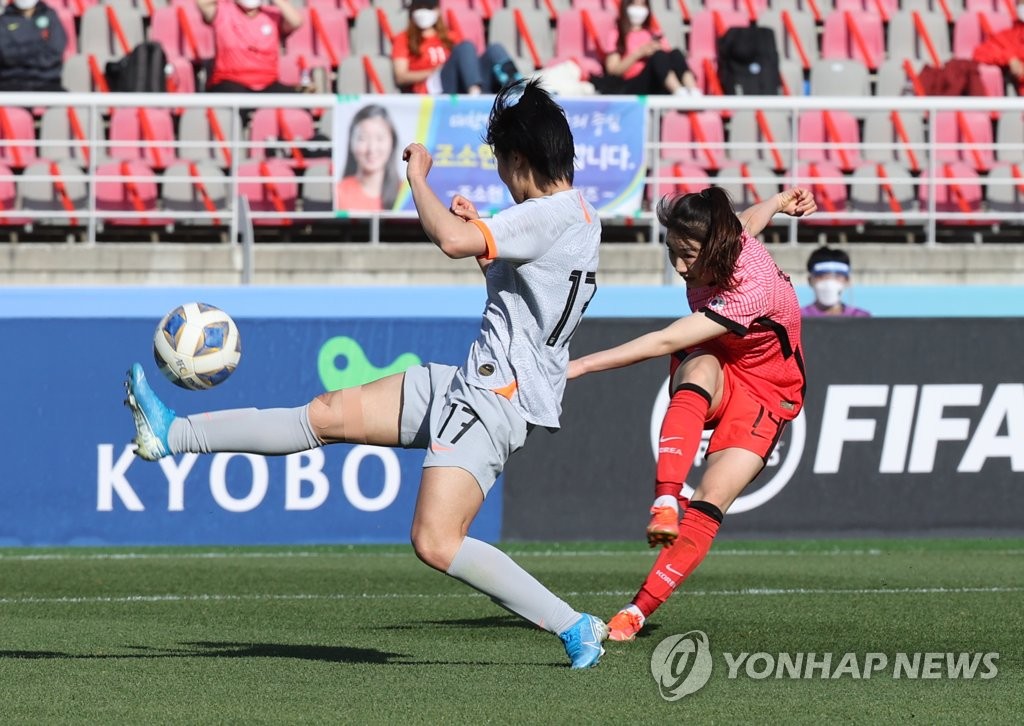 South Korea blinked about 10 minutes later on a disastrous foul in the box, as Son Hwa-yeon kicked Tang Jiali's foot in their battle for the loose ball.

South Korea coach Colin Bell protested a late whistle to no avail, and Wang Shuang stepped up and beat goalkeeper Kim Jung-mi to the bottom right corner for a 2-1 Chinese advantage.

Bell sent in offensive players off the bench in a desperate attempt to salvage at least a draw, but China held their ground for the narrow win. 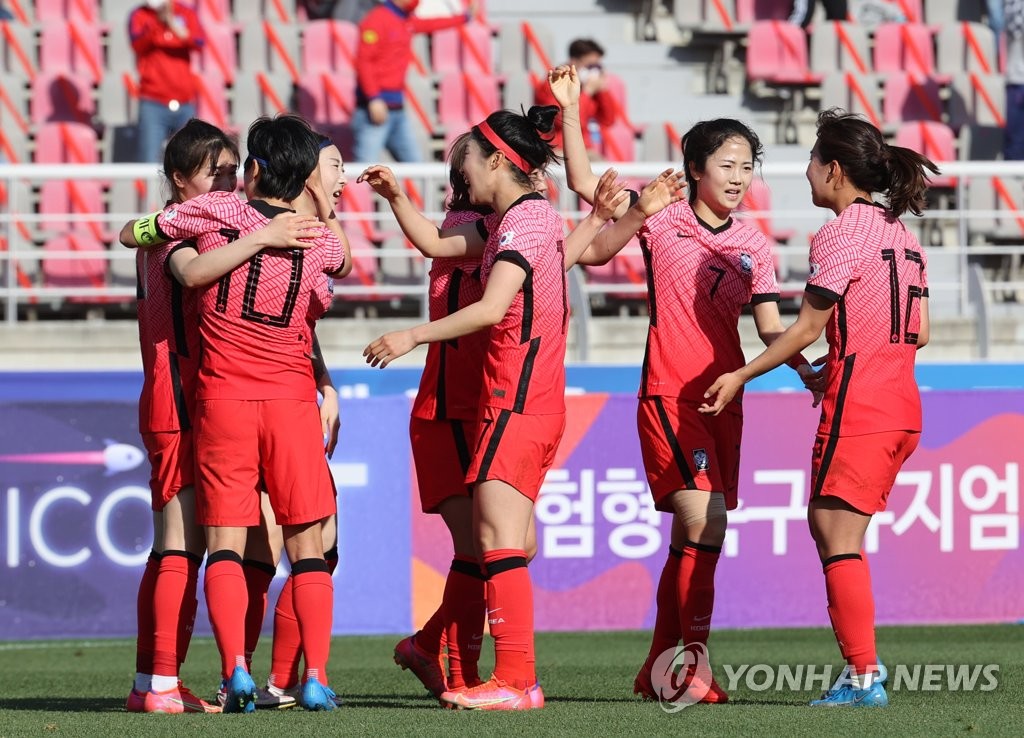