Ned Price reiterated the review is in is final stages, but said such careful consideration requires time.

"We were talking earlier in this briefing about the careful consideration of major decisions in a completely different context, and I think that would also apply to this case," he said when asked if the review process was being held up.

"North Korea's nuclear program, North Korea's ballistic missile program, of course, is a profound challenge not only, again. for the United States, but also for our allies in the Indo-Pacific and our partners as well," he added. "So, of course, we want to make sure we do a number of things." 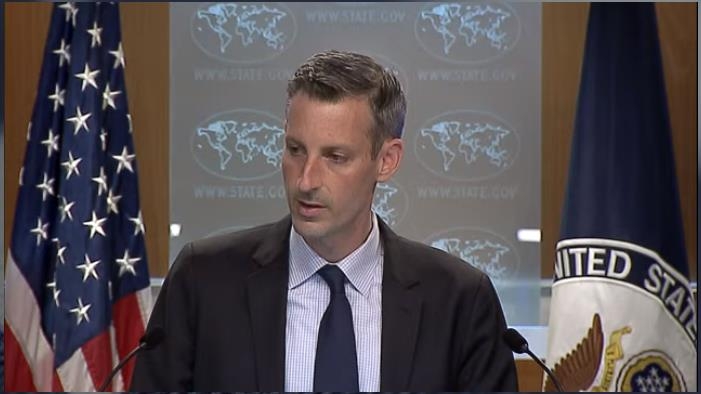 Price said the review first required the United States to fully understand what has been tried in the past to denuclearize North Korea.

"And we've said before that we have consulted widely, including with former administration officials about their approach, their strategy, their tactics," said the spokesman.

Price highlighted the importance of understanding the nature of North Korea's nuclear and other weapons programs -- "where they are, what their intentions and capabilities might be."

He also emphasized the importance of working closely with U.S. allies and partners.

"We want to ensure that we have consulted broadly and widely and deeply with our partners and, of course, with our treaty allies," he told the daily press briefing.

Price reaffirmed the review is in its final stages.

"I wouldn't want to get ahead of the White House, or get ahead of that review and to offer a timeline on it, but we are undertaking this review with careful consideration, given the nature of this challenge and the many stakeholders that are involved," he said.