SEOUL, April 9 (Yonhap) -- South Korea will retain its current social distancing measures, including the ban on the gatherings of five or more people nationwide, the prime minister said Friday.

The curfew on businesses, such as cafes and karaoke rooms, currently at 10 p.m., however, can be readjusted to 9 p.m. at any time, Prime Minister Chung Sye-kyun said during a regular COVID-19 response meeting in Seoul.

The remarks came as the country's health authorities were planning to announce details of new distancing guidelines, which will be implemented starting next week, later in the morning.

On Thursday, South Korea's daily new coronavirus cases hit the highest tally in three months at 700. The daily number was the highest since the 870 cases on Jan. 7 and a rise from 668 on Wednesday. 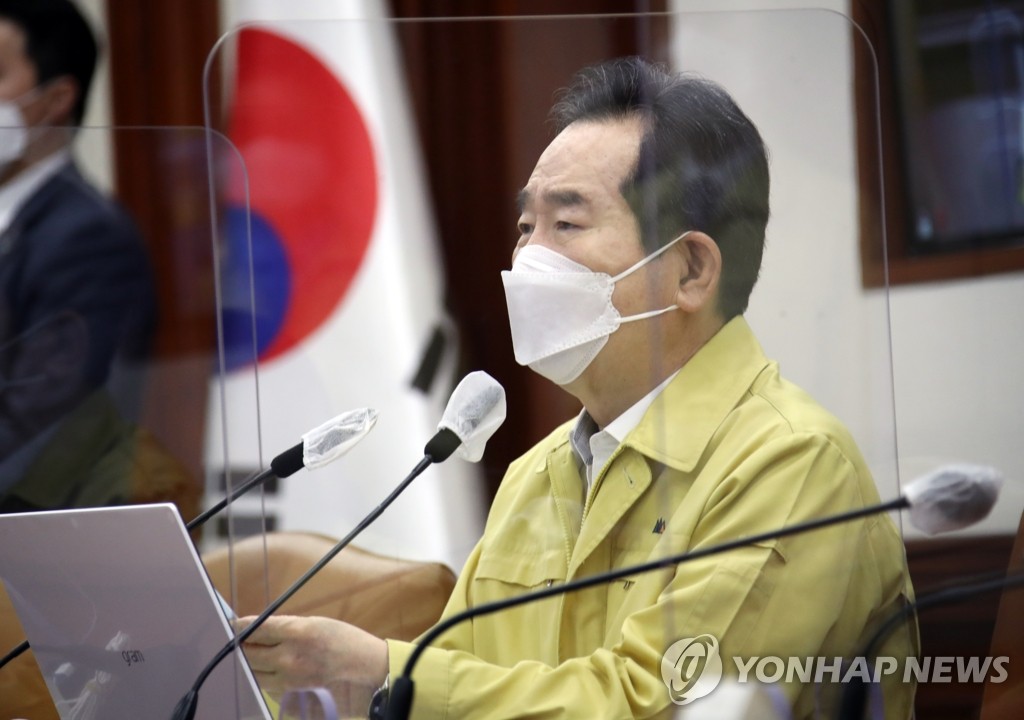