SEOUL, April 9 (Yonhap) -- They've dominated South Korean club football for the past two years. And Jeonbuk Hyundai Motors, the K League 1 champions in both seasons, and Ulsan Hyundai FC, runners-up both times, are trying to turn the 2021 season into yet another two-horse race.

Jeonbuk are sitting pretty atop the tables thanks to an eight-match undefeated run to open the season. With 20 points from six wins and two draws, Jeonbuk are three points ahead of Ulsan (five wins, two draws and one loss). 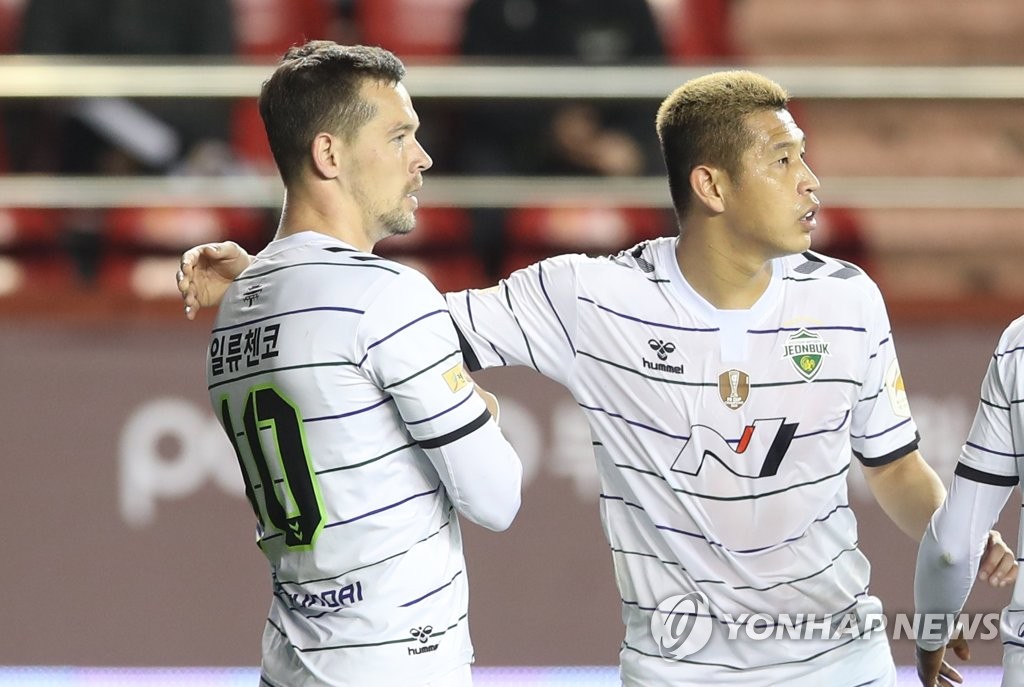 Below Ulsan are three clubs all tied up at 12 points: FC Seoul, Suwon Samsung Bluewings and Seongnam FC.

In 2019, Jeonbuk and Ulsan were tied in points with 79 apiece, and Jeonbuk prevailed on their tiebreak edge in goals scored. FC Seoul were a distant third with 56 points.

Last year, Jeonbuk topped the table with 60 points, three ahead of Ulsan. Pohang ended in third place at 50 points.

The top two contenders will try to create even larger gap between themselves and the rest this coming weekend.

Jeonbuk will have an eminently winnable match against Incheon United at 7 p.m. Sunday at Jeonju World Cup Stadium in Jeonju, 240 kilometers south of Seoul. Incheon are stuck in 10th place with seven points.

Ulsan will visit the last-place Suwon FC (six points) at 4:30 p.m. Sunday at Suwon Stadium in Suwon, 45 kilometers south of the capital. 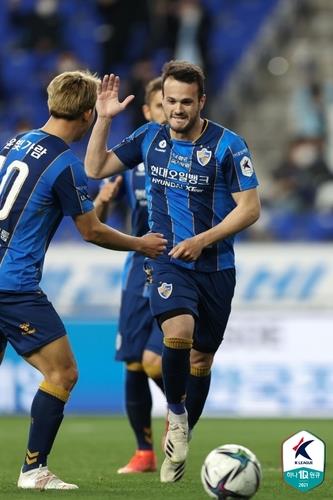 The last time Jeonbuk opened a season on an eight-match undefeated run was in 2016. They set a league record that year by going 33 matches without a loss (18 wins and 15 draws).

Jeonbuk's new striker Stanislav Iljutcenko is on fire. After going scoreless in his first three matches, the former Pohang Steelers marksman has found the back of the net in each of the last five contests. He leads all players with seven goals.

On the flip side, only one other Jeonbuk player, Mo Barrow with a pair, has scored more than two goals.

Incheon have been surprisingly tough foes against Jeonbuk over the past six years, as Jeonbuk have managed three wins, three draws and two losses. 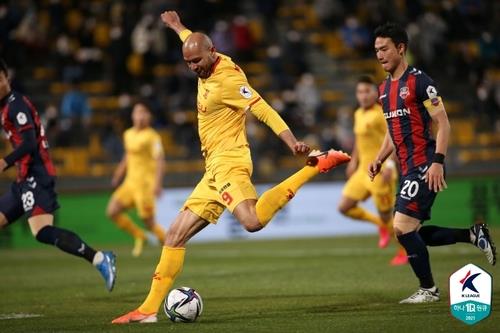 Also over the weekend, FC Seoul will host Pohang at 4:30 p.m. Saturday, with hopes of breaking free from the middle of the pack. At 7 p.m. that day, Seongnam FC, who have scored a league-low five goals but have also conceded a league-best four goals, will take on Gwangju FC.

Suwon Samsung Bluewings will visit Jeju United at 4 p.m. Sunday in what could be a low-scoring affair. 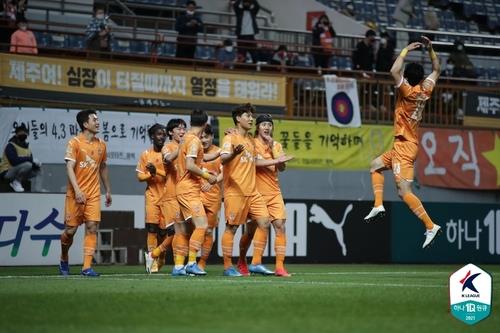