SEOUL, April 9 (Yonhap) -- South Korean actress Han Yeri, who played a skeptical yet caring mother in the award-winning film "Minari," has signed with a Hollywood management agency for representation in the United States, her Korean agency said Friday.

The Hollywood management firm said it was astonished at Han's powerful and stable acting in "Minari" and it is its pleasure to represent her in the film industry in the U.S. and the world beyond, according to Saram Entertainment.

Saram also said it is happy that she found a partner that could support her advancement into Hollywood. 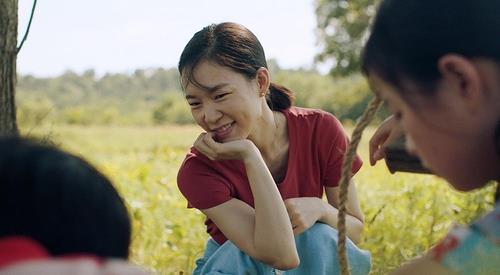 The 37-year-old actress recently expanded her career to the United States through the drama film "Minari" about a Korean-American immigrant family starting a new life in rural Arkansas in the 1980s.

In the movie directed by Lee Isaac Chung, she took the role of Monica, the mother of the immigrant family, who helps her husband Jacob (Steven Yeun) fulfill his dream of becoming a rich farmer. She takes care of two America-born children, Anne (Noel Kate Cho) and David (Alan Kim), while her husband pays more attention to growing Korean vegetables on the U.S. farm.

Han is currently adjusting her schedule to attend the Oscars slated for April 25 (U.S. time), according to Saram Entertainment.