WASHINGTON, April 12 (Yonhap) -- U.S. President Joe Biden said on Monday that his country will increase its investment in infrastructure to protect its supply chains, including the supply chain of semiconductors.

His remarks came in a meeting with the top executive officers of 19 global firms, including South Korea's tech giant Samsung Electronics, to discuss ways to address the ongoing shortage of semiconductors.

"Chips, like the one I have here, these chips, these wafers, our batteries, broadband, it's all infrastructure. This is infrastructure," Biden said in the virtual meeting, holding up a wafer.

"We need to build infrastructure of today, not repair the one of yesterday, and the plan I proposed is going to create millions of jobs, rebuild America, protect our supply chains and revitalize American manufacturing," he added. 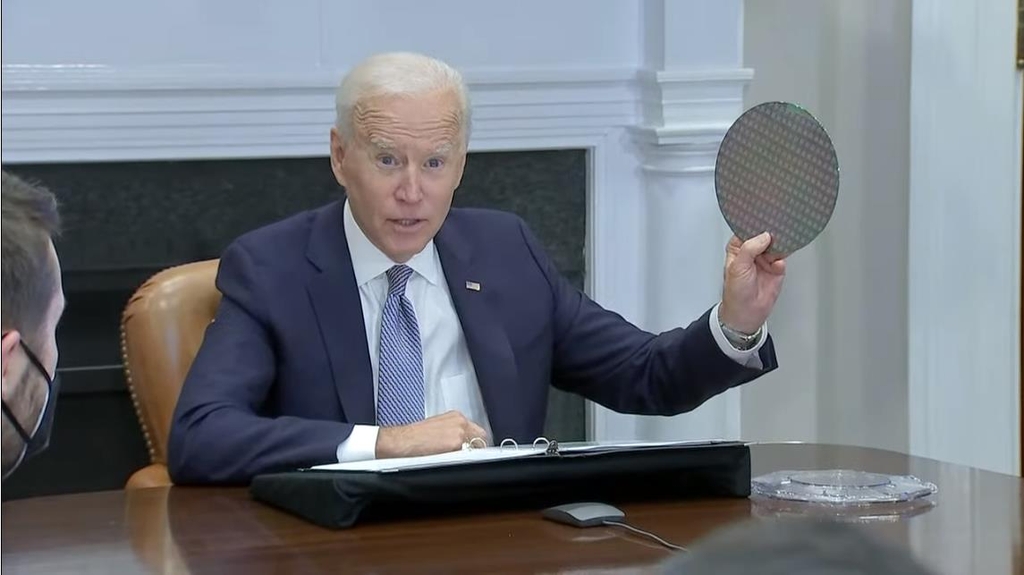 The U.S. president has proposed to Congress a US$2 trillion infrastructure plan.

He called on the business leaders to support his plan and American workers.

"Again, we will provide innovation and superb breakthroughs. And we need the support, all your support on the screen and others in order to get this work done, and we need you in turn to support the American workers, American communities in every part of the country," said the president.

The meeting involved many American but also foreign business leaders, including those of Samsung, the world's largest supplier of semiconductors, and its Taiwanese rival Taiwan Semiconductor Manufacturing Company.

White House spokeswoman Jen Psaki earlier said the meeting will focus on short-term and long-term solutions to the supply shortage. 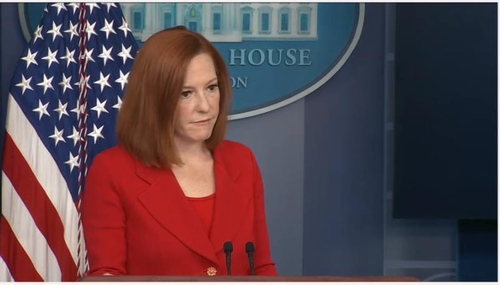 "One of the reasons the president is stopping by this meeting that our national security adviser and an NEC director (are) holding this afternoon is to hear directly from companies about the impacts. What would help them most through this period of time and the shortage that...has impacted a range of industries across the country," Psaki said in a daily press briefing.

"So, this isn't a meeting where we expect a decision or an announcement to come out of, but a part of our ongoing engagement and discussion about how to best address this issue over the long term but also over the short term," she added.

Psaki noted the issue will take a long-term, whole-of-government approach to be addressed, adding that is why the government is now pushing for a US$50 billion investment in semiconductor manufacturing and research.

"In the near term, we're engaging with industry as evidenced by the meeting that's taking place shortly later this afternoon, as well as our international partners to ensure that American companies are operating on an even playing field," said Psaki.

"So, our view is that this is certainly something where we need to work closely with industry. We need to work closely with Congress -- Democrats and Republicans. There's agreement on this issue, being one that's impacting industries across the country -- also with allies and partners on how we can prevent the shortage from happening in the future."