SEOUL, April 14 (Yonhap) -- In June 2019, a Seoul-based human rights advocacy group received a call from an Army tank driver seeking advice on how to remain in the military after going through sex change surgery.

The decision ultimately cost her the military job that she had wanted to have since her middle school years, as the Army kicked her out, saying the loss of male genitalia constitutes a physical disability under the military law.

After the Army rejected her appeal, Byun filed a lawsuit in August last year to get back into the military. But even before the court was to open the first hearing this week, Byun was found dead at her home last month in an apparent suicide.

Her death sparked a wave of sympathy and soul-searching about how South Korea's still Confucian-influenced society should view and treat transgender people and other sexual minorities. Critics called Byun's death a "social murder" in a society where "sexual minorities are even denied room for breathing." 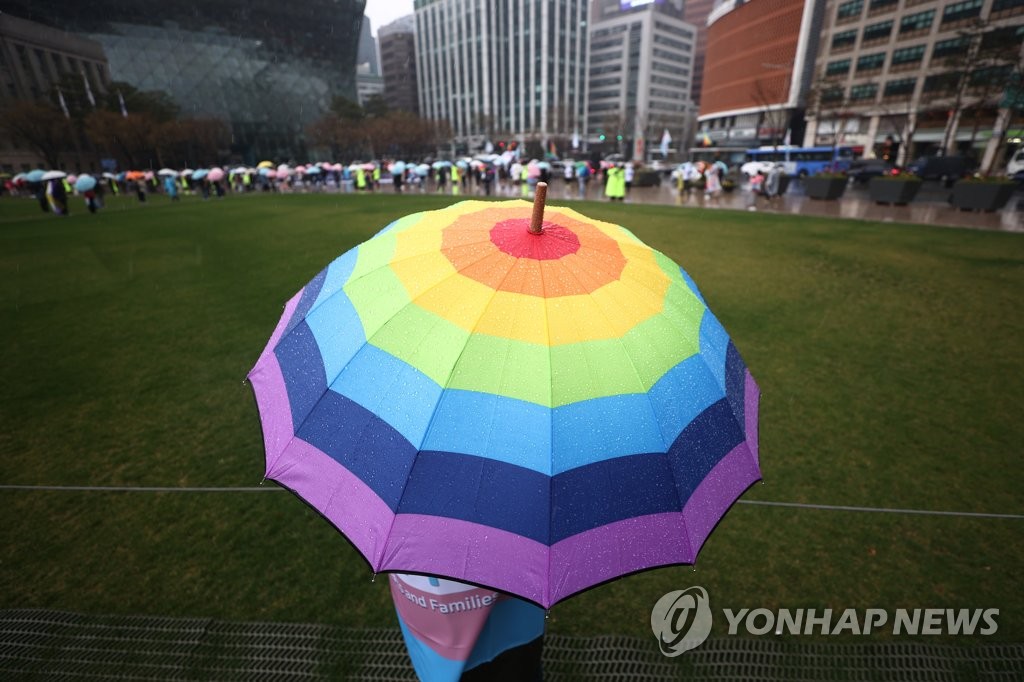 "It always feels like there is a big wall in front of us. It's not a new wall created last year. It was there from so long ago," said Botong, the director of the LGBTQ Youth Crisis Support Center Dding Dong, which supported the late soldier. "But I do think cracks are appearing on that wall. When Byun stood in front of TV cameras last year, it was one of those silver-lining moments."

Byun's death did not put an end to her lawsuit, as the court allowed her family to take over the plaintiffship as inheritors of her unpaid salaries. On Thursday, the Daejeon District Court, which has jurisdiction over the Army's headquarters near the central city, is scheduled to hold the first hearing.

Her supporters have expressed frustration over the lack of feedback from the government and the political circle. Some politicians attended Byun's funeral, and lawmakers expressed their support for her but stopped short of pushing to make an institutional change or beginning a much-needed policy discussion, they say.

Professor Ha Tae-hoon at Korea University School of Law criticized the judiciary for its failure to promptly open the case when Byun was alive, and stressed that "the question of human rights should not be viewed as a matter of conservative or liberal."

During a tearful press conference held after the military's decision in January last year, Byun said she wanted to complete her duty despite being a sexual minority.

"The military that I love is making progress toward respecting human rights," Byun said, clad in a military uniform. "I want to show everybody that I can be one of the great service members that defend this country regardless of my gender identity."

She was dismissed the next day. 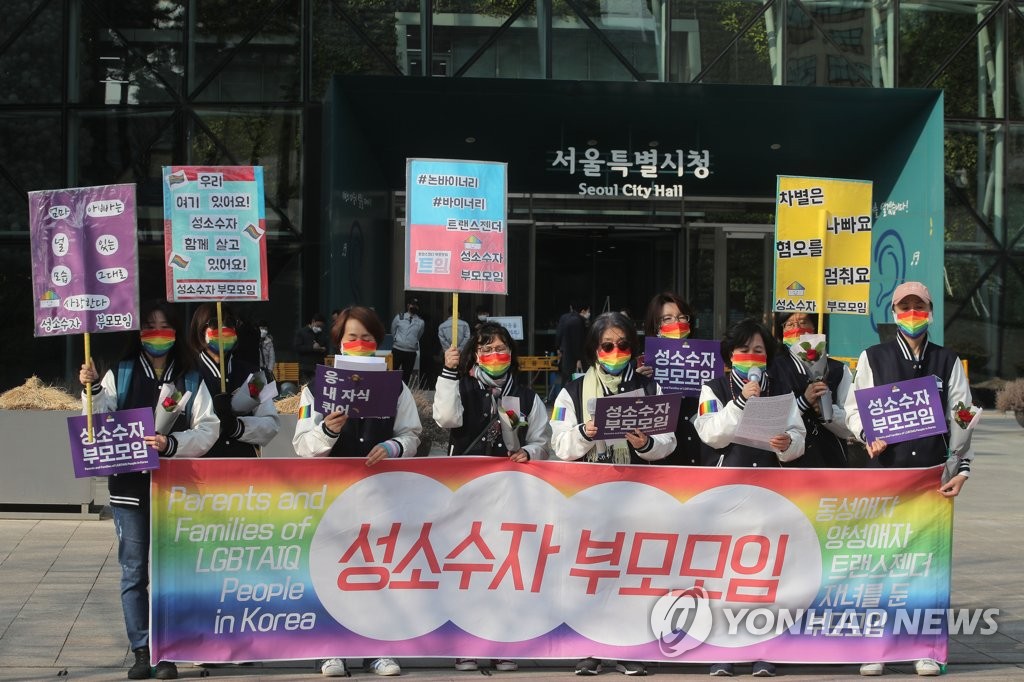 According to a recent study released by the National Human Rights Commission of Korea, 65 percent of transgender people in South Korea said they experienced discrimination due to their gender identity. The study was conducted on 591 transgender people aged 19 or older between May and November last year.

Of 259 male-to-female transgender respondents, 42 percent said they completed their mandatory military service or are currently serving the duty.

All able-bodied South Korean men are required to carry out compulsory military service for about two years in a country that faces North Korea across a heavily fortified border.

Byun was a noncommissioned officer who voluntarily joined the Army to become a career soldier.

South Korea, in response, said allowing transgender people to serve in the military "is a policy issue that requires consideration from broad areas of interest, including effects on combat readiness requirements originating from the unique cease-fire security environment with regard to North Korea." 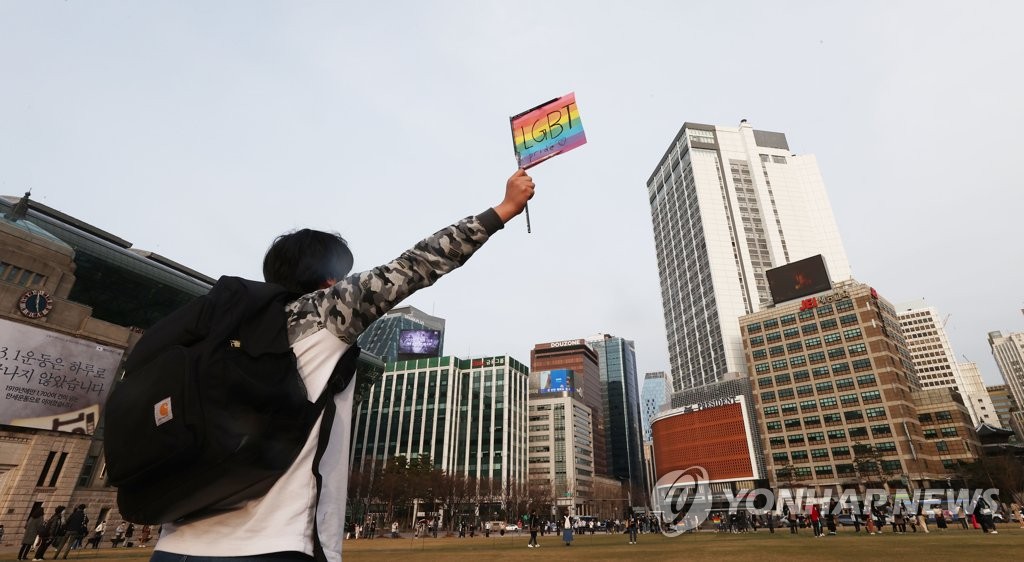 The military appears to be sitting back, waiting for the judiciary to come up with a decision while the public is divided over the issue. During a parliamentary session last month, Defense Minister Suh Wook said there has been no study commissioned by the ministry on transgender people in the military.

"We haven't done it yet, but I do think that it's about time we do it," the minister said.

Rights advocates expect the upcoming trial to give an impetus to discussions on the country's policy on transgender people and other sexual minorities.

"Realistically speaking, we don't think the military will take a forward-looking stance all of a sudden unless we win this case at the court," Kim Hyung-nam, director at the Center for Military Human Rights Korea, said. "So we will focus on this for now."

Activists remember Byun as a brave soldier, but fighting deep-rooted prejudice and discrimination against sexual minorities was not an easy task.

"Byun was often brave, courageous and an awesome person who took care of her own matters more seriously than anyone else, but sometimes she was anxious, tired and wanted to cry. Nobody is bright and brave all the time. No one is," a group of activists supporting Byun said in a statement commemorating her passing.

In photos and videos taken on the two pressers she held while alive, Byun is seen smiling at times but crying at others, trembling but resolute.

"We will remember Byun's bravery and sorrow and take a step forward from where she stopped," they said. 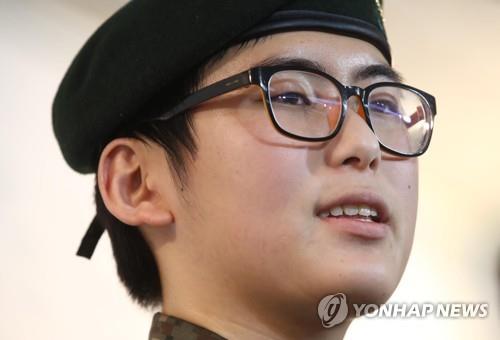