"This year, we aim to achieve double-digit sales growth, though not the level of last year's growth, by promoting our advanced infrastructure and premium services in WeWork coworking locations," Chun said on Tuesday.

WeWork could have achieved bigger sales growth in Korea in 2020 if not for the coronavirus outbreak. There were more opportunity factors than crisis factors last year despite the pandemic, she said. 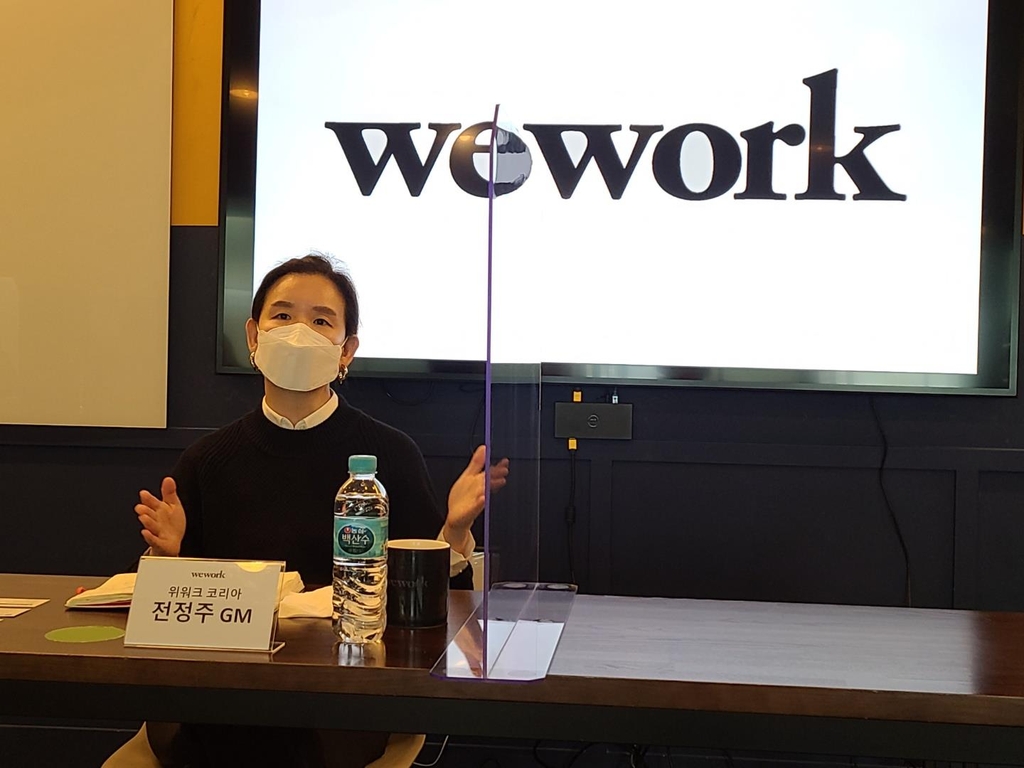 Chun, who joined WeWork Korea as general manager in April last year, said the Korean unit will focus on enhancing profitability this year rather than making investments to expand its physical locations.

"WeWork Korea aims to make a turnaround in terms of earnings before interest, tax, depreciation and amortization (EBITDA) next year in line with the parent firm's plan to turn around in the fourth quarter this year," the executive said.

For WeWork, she said the capital city of Seoul is the second-most competitive city after London in the "international market" except for China and Japan when it comes to accommodating capacity.

The international market does not include the United States, Canada and Latin America. 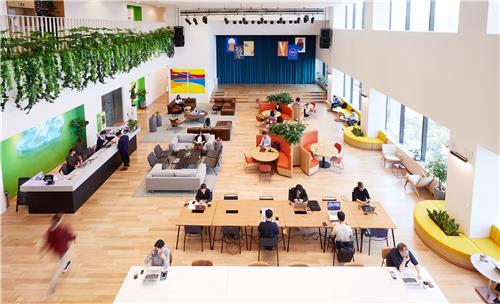 The New York-based company entered Korea in August 2016 by opening its first location in the southern affluent Gangnam area of Seoul.

WeWork buys office spaces and then leases them to individuals, startups and big companies that want to share office space on flexible terms. Those who have a WeWork membership can use most of the WeWork locations around the world.

WeWork, established in 2010, has advanced to 38 countries to secure over 490,000 members in more than 800 physical locations in 151 cities. Japan's Softbank is its largest investor.

In Korea, "enterprise" customers, including the Samsung, SK and Lotte groups, account for 60 percent of WeWork's total membership, higher than the average of 50 percent in other countries. Lawyers, accountants, sales officers, and promotion and marketing people are members as well.

To stay fit for growth, WeWork Korea halved its workforce to 100 from late 2019 to early 2020 and increased the number of coworking locations here to 20 from 19 in Seoul and Busan, the country's two biggest cities, last year.