SEOUL, April 14 (Yonhap) -- A traditional Korean outfit that Jimin of BTS wore in a performance will be up for auction, with the bidding price beginning at 5 million won (US$4,476), a local auction house said Wednesday.

Clad in dark hues of hanbok, the seven-piece act wowed fans with a nighttime performance of their 2018 hit "Idol" that was pre-recorded at Geunjeongjeon Hall of Gyeongbok Palace in central Seoul. 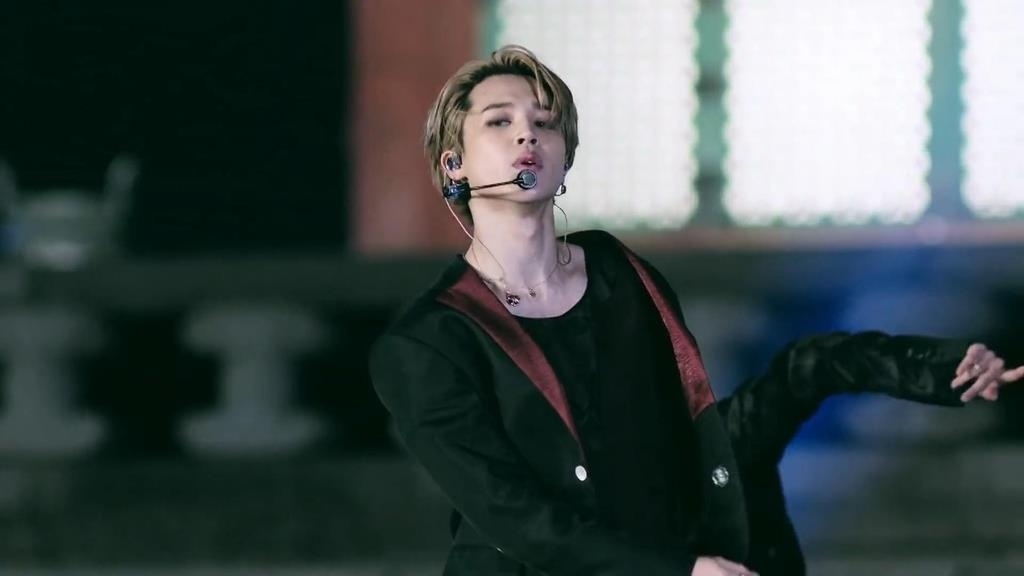 Myart Auction, which specializes in antique artworks, said the upcoming auction will take place virtually from April 22 to 29. A preview of the artworks up for auction will be available through both in-person and online channels.

BTS outfits and accessories have proven to be top sellers in past auctions.

Last year, an autographed microphone the seven-piece act used during its "Love Yourself" concert tour raked in US$83,200 in a charity auction. Earlier this year, the pastel-colored outfits BTS wore in the music video for "Dynamite" fetched $162,500. 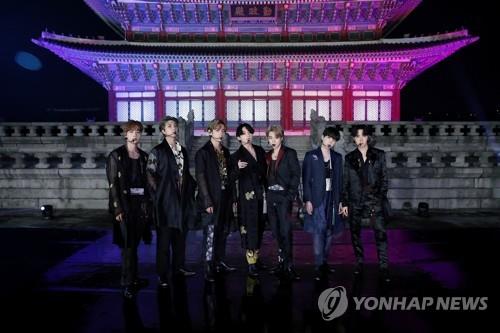