Psaki earlier said South Korean President Moon Jae-in will visit Washington in the second half of May for his first bilateral summit with Biden. 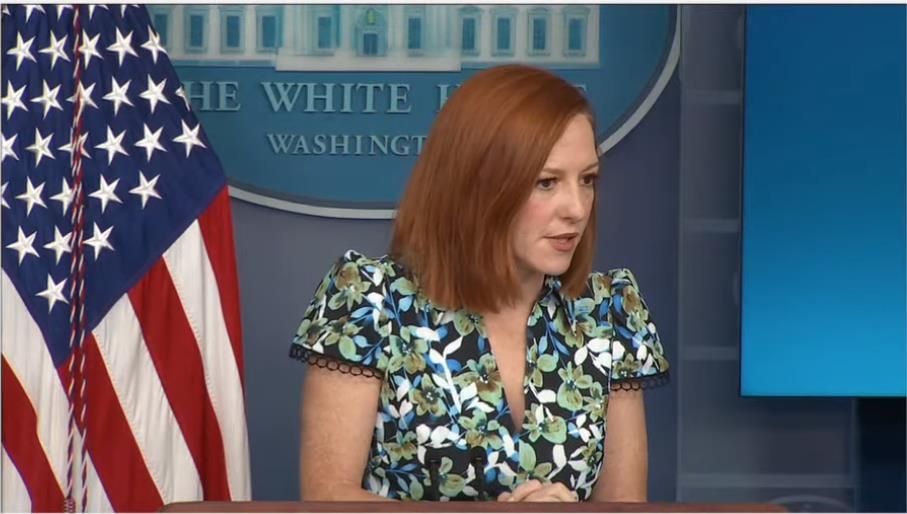 Moon and Biden held their first direct conversation over the phone on Feb. 4, in which they agreed to map out a "comprehensive" strategy on North Korea.

The Biden administration is still undergoing what it calls a "comprehensive review" of its North Korea policy that it says will lead to a new, coordinated approach to denuclearizing the reclusive North.

Offering a preview of Biden's meeting with the Japanese leader, and also his South Korean counterpart next month, the White House spokeswoman said the North Korea issue will certainly be on the agenda of their discussions.

"I would underscore Japan's interest in this issue, not only the nuclear program, but, obviously, stability in the region. So, they will discuss that and expect it will be part of the readout as well," she said.

The Biden-Suga meeting will mark the U.S. leader's first in-person summit with a foreign leader since he took office on Jan. 20.

The White House spokeswoman said many necessary measures will be implemented to protect the leaders and others from the COVID-19 pandemic.

"There won't be a meal, as an example, which would be standard and traditional for a visit like this. And of course they will be spread out at the press conference and also even in their meetings and expanded bilateral meeting," said Psaki.

Biden and Suga will hold a joint press conference after their bilateral and expanded summit talks at the White House.

The Japanese prime minister is set to head back home on Saturday.