According to the data by the Chinese customs authorities, North Korea imported around US$12.98 million worth of goods from China in March, up from $3,000 logged in the previous month.

It the highest level since September last year when the figure came to $18.9 million. The North's imports from China had fallen to near zero since July when Pyongyang began implementing the maximum emergency level against the new coronavirus.

But there have been signs recently that the North is moving to ease its strict border controls. The plenary meeting of the Presidium of the Supreme People's Assembly passed a law in March, calling for all imported goods to be disinfected and the country built disinfection facilities in the northwestern city of Sinuiju.

The amount of the North's exports to China in March came to $1.3 million, and the total trade volume between the two sides stood at $14.28 million in the month, according to the data.

China accounts for almost all of the North's international trade. 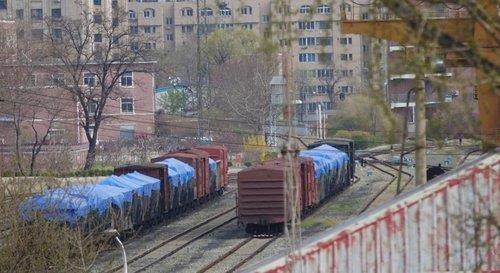