He paid tribute to the victims of the April 19 Revolution in 1960, which was led by students protesting vote-rigging in presidential elections by then President Rhee Syngman, during his visit to a national cemetery in Seoul.

The two-week mass civilian protests led to the collapse of the Rhee government that had ruled the nation for 12 years. According to official data, 183 people were killed and 6,259 others were wounded in a police crackdown. 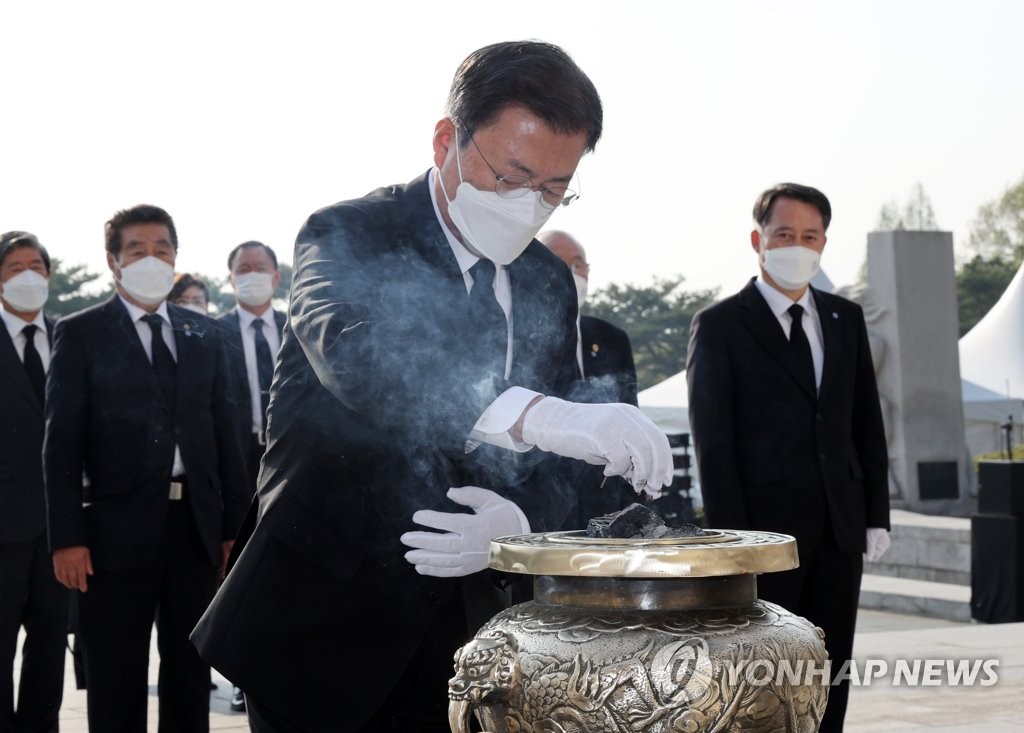 Following the visit, Moon wrote on his social media accounts that the movement has served as the "solid root of democracy" here.

It marked a day "when democracy was planted deep in our hearts with aspirations that were hotter than life," he added. "We should move toward a more mature democracy without stopping, while remembering the great history of democracy on this land."