Released Thursday, "Seobok" garnered 163,000 viewers from Friday to Sunday to rank No. 1, according to the data compiled by the Korean Film Council (KOFIC).

As of Sunday, over 210,000 people in total visited theaters to watch the sci-fi film, directed by Lee Yong-joo and starring two of the country's heartthrobs -- Gong Yoo and Park Bo-gum.

The movie follows the journey of Ki-hun (Gong), a retired agent who is secretly assigned to move the first human clone Seobok (Park) to a safe place. It portrays the human fear of death and the desire for immortal life through their adventure, posing philosophical questions about life and death to the viewers. 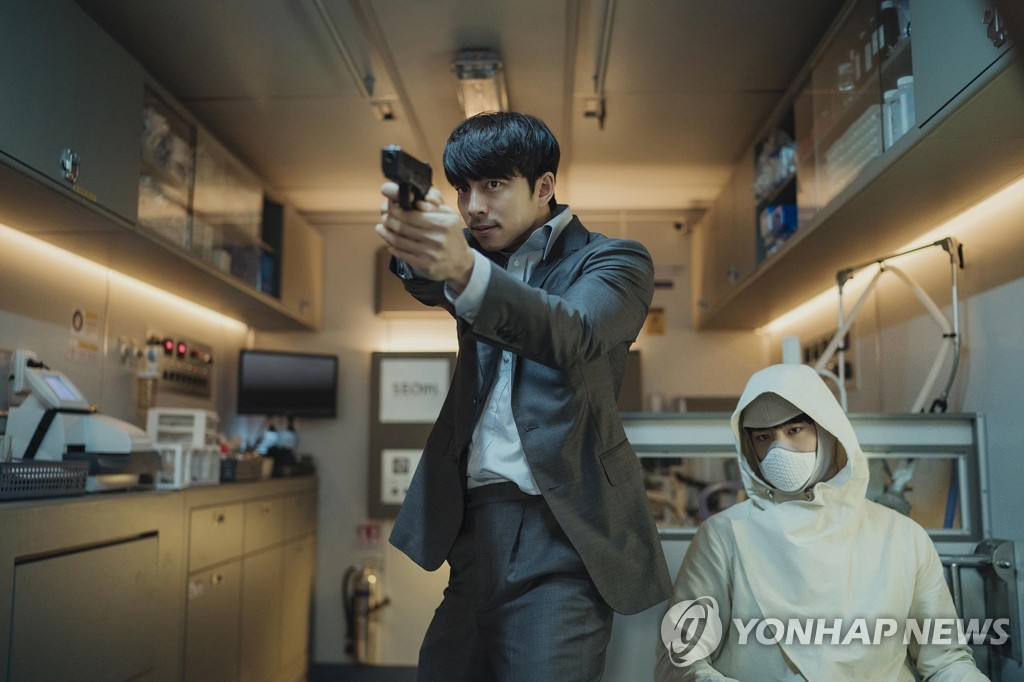 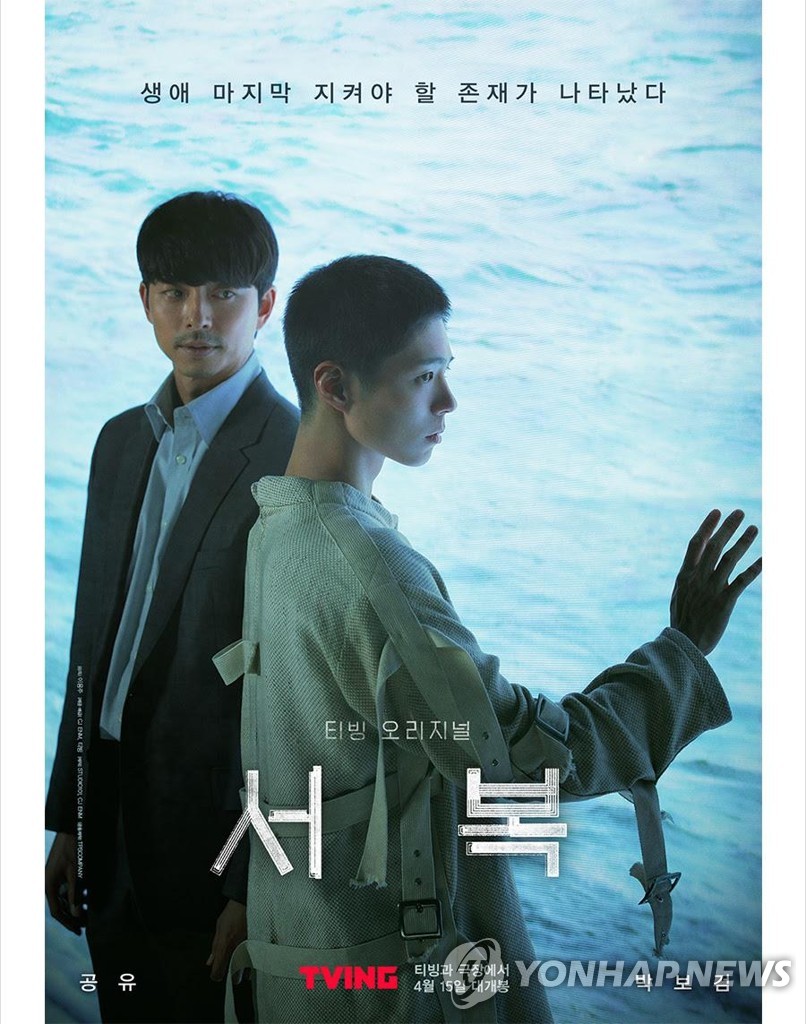 Two Japanese animated films -- "Detective Conan: The Scarlet Bullet" and "Demon Slayer: Kimetsu no Yaiba the Movie: Mugen Train" -- came in second and third, attracting 78,000 and 33,000 moviegoers, respectively, to cinemas over the weekend.

"Demon Slayer" has continued its long run here, with the total viewership surpassing 1.7 million as of Sunday.

"Godzilla vs. Kong," an American monster film that topped the weekend box office the previous week, descended to the sixth position, while "Minari" and "Nomadland," nominees for the 2021 Oscars' Best Picture category, placed eighth and ninth, respectively.

The three-day weekend admissions jumped from 288,000 to 399,000 on-week, according to the KOFIC data, thanks to the release of the homegrown blockbuster.